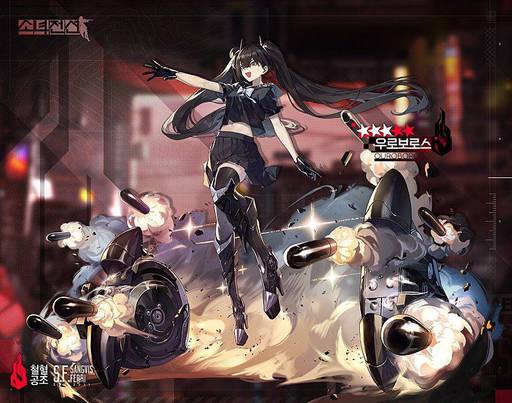 She has map utility and can buff allies, rather than simply being overwhelmingly strong on her own. However, unlike the map utility things used by Agent or Scarecrow, she isn't so much going to let you control a map as much as let you buy time in case of nasties you can't deal with or something needs to be delayed (perhaps on a ranking map).

Her big cut-in attack. It can crit and thus can trigger her vulnerability up debuff. The really big thing about it is the skill continues to work regardless of whether or not the main body can actually do anything, so if for some reason Ouro herself cant move, the skill will deal damage as long as the activation got through.

Gives passive buffs in friendly tiles, or anywhere at night. The big thing is the active is effectively an on-demand EMP on the enemy that can buy you a turn if for some reason, you need something to stay still. Potentially useful for rankings or puzzle maps, but not a general use thing.

Every time she gets a critical, the enemy gets a vulnerability stack (takes 5% more damage). This stacks up to 3 times and lasts 3 seconds. A bit luck-dependent, but can help with damage a fair bit since the stacks are multiplicative.

I like the KR name better because it's funnier. It's basically a five second long critical buff with three seconds of downtime for her whole echelon. Very basic, but it makes the rest of her kit work.