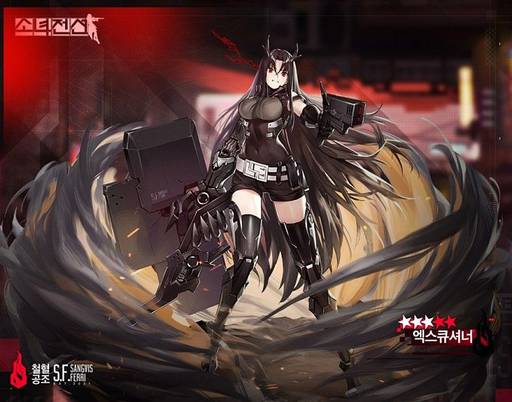 Strictly speaking she isnt completely awful, but you should be glad Scarecrow is the free SF Ringleader.

Her skills are oriented towards damage, damage, and more damage, and dealing it in different ways. Unfortunately she gets the short end of the stick by being a melee unit with a -range skill, meaning it is entirely possible for some enemies to walk past her and she can't do anything about it (hope you have a good backline I guess).

Her real problem is Alchemist exists, and when she comes out, basically does her job but better, mostly by tanking almost anything (she can solo Yegor without player input just by outlasting him, which Executioner cant do). Also Hunter comes right after her, and hunter is legitimately a very good unit, which discourages rolling for her on her last weeks.

There's a joke her role is to run in and die, and.... yeah it's not entirely innaccurate. She will deal damage before she explodes though. Probably. As long as enemies dont walk around her instead.

Actually does a fair amount of damage, as a ridiculous over the top attack should.

The switcheroo mode where you decide if she should be melee or ranged. In range mode she adds +damage stacks to enemies. In melee mode she goes gung ho and autocrits things and can rip them apart, but suffers from... well, being a melee DPS unit.

Gives her a Shield and increases Evade when she goes into melee mode.

Kills enemies harder the deader they are. Yeah I dunno, its hard to make jokes when literally all her skills amount to EXECUTIONER MELEE FIGHT LETS GO.