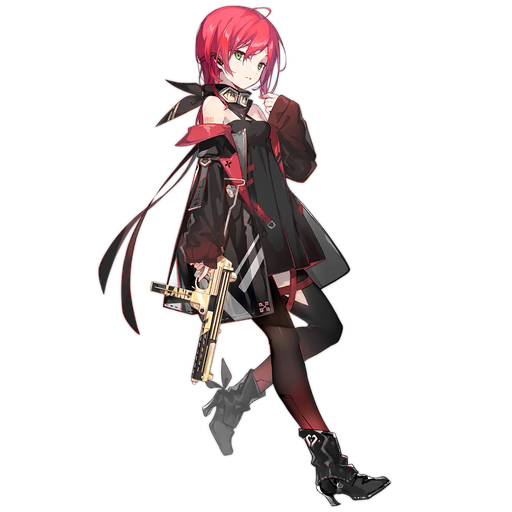 Neat but not worth it
Tags: Class: Submachine Gun

(Not a Xecty review, take with a grain of salt)

These two units are generally considered to come as a pair due to their synergy skill that isn’t mentioned in their introduction post. The synergy skill prevents the debuffs from affecting your team. To add to that, if they are positioned horizontally adjacent to each other, for example with MPK on 6 and MPL on 5, the range of their skill radius is increased by 2 tiles. So that’s why this entry is going to be combined into one. That being said, you don’t ACTUALLY need to use them together, but I don’t really recommend it.

While very neat, they’re not very good. They have some very large issues that prevent them from doing what their skill suggests. The main problem is that they offer very little damage mitigation to help them survive. SMGs typically being tanks aside, they’re required to sit on the field for a fairly long time to get mileage out of their skill. Their paltry amount of defense means that most modern enemies will shred them in seconds. The second problem is that you’re committing two slots (typically) to run these SMGs. Two full slots of commitment is a large ask when that’s approaching the majority of your echelon slots. They don’t do enough to warrant that investment.