Above the Hubbub V 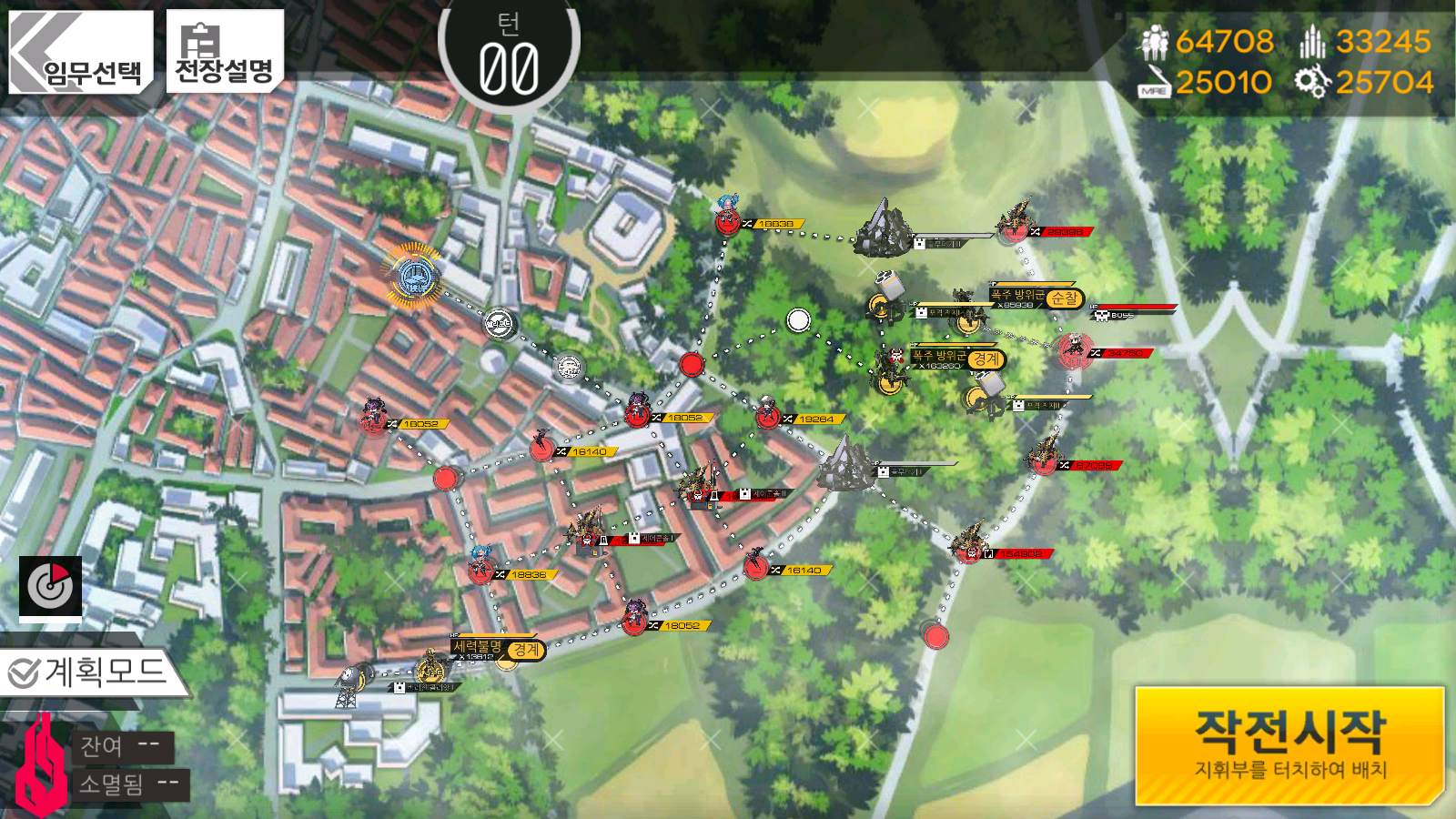 For this map, we need to grab a dead Golyat from the bottom left of the map to below up some debris in our way.

To start the map off, we need to grab the Heliport two nodes away from our Command Center, and in so doing will surround the Closed Heliport as well. Don't worry about the Manticore, it won't move due to how the AI works. For turn two, move to the top left corner, next to the Sangvis Heliport, just outside of the movement range of the Manticores. Deploy a dummy echelon on your Command Center to gain some extra AP in the following turns.

On turn three, move around the Manticore and head to the dead Golyat to pick it up. I would stop on the Closed Heliport here to capture it for extra AP on the way back.

On turn four, after grabbing the dead Golyat, move to the Sangvis Heliport we stopped by earlier and stand on it to prevent anything else from spawning. You'll likely be low on ammo at this point, so if there's things in the way, you will need to deploy a second echelon to clear the way, and to bail you out on the next turn.

Either way, once you've gotten back to the Heliport you captured on turn one, resupply and head to the debris at the top of the map to destroy it with the Golyat. Once you've done that, you can head straight to M16 to defeat her, which will end the map.