So, here we are. First ranking event for EN GFL. Arctic's ranking event is probably the easiest and most boring of the ranking events. The goal for these ranking events is to get a high score on the hidden map of the event. Points are gained by defeating various enemies that spawn in the map, however, you lose points for repairing or losing any units. Thus, to put it simply, to get a high rank you need to kill as much as you can without any losses or repairs.

The image is stitched together, for the record. 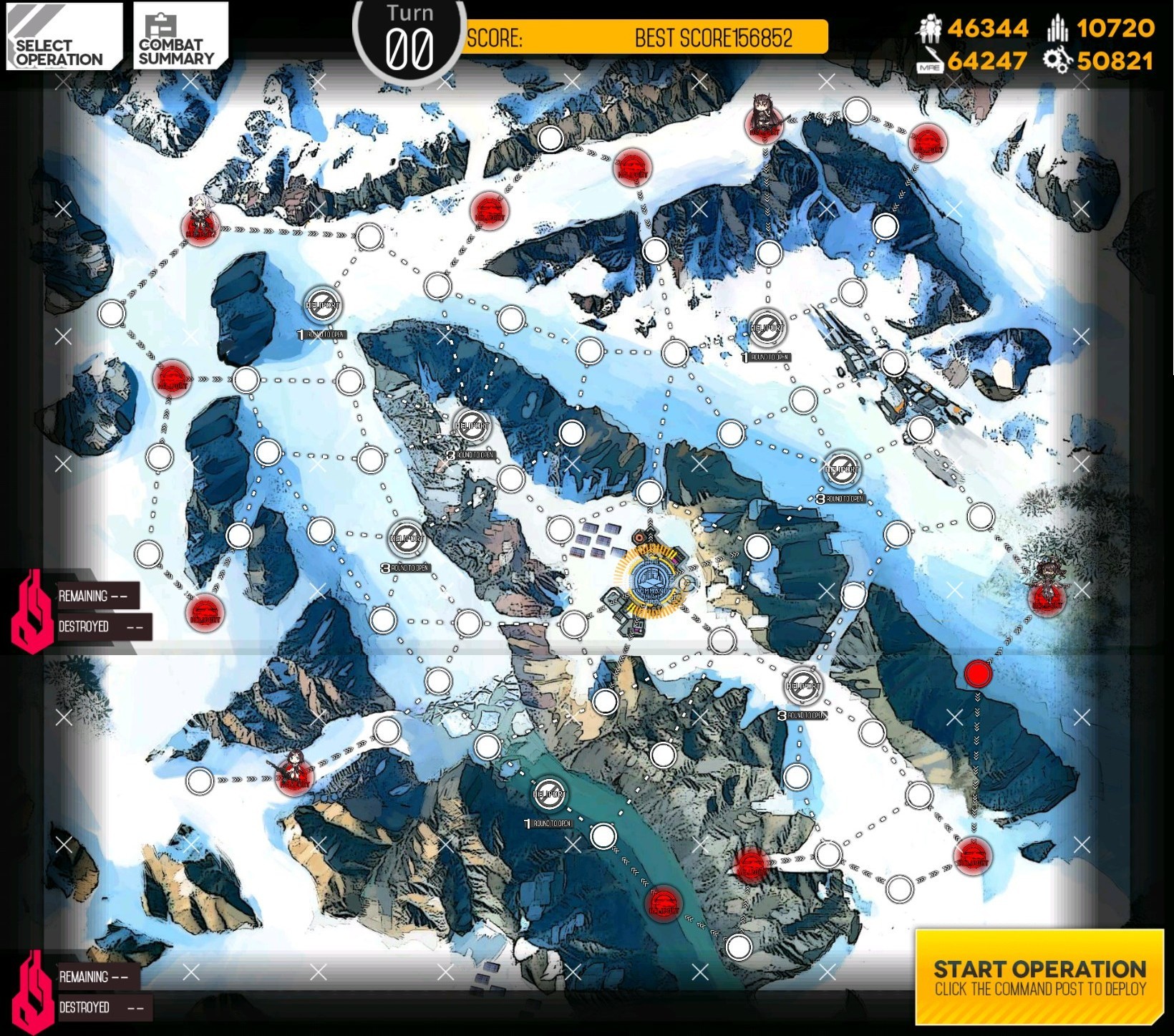 Since writing a turn by turn guide for this would actually suck, since it's literally 1 hr 30 mins~2 hr 30 mins of map, here's some notes/advice from what I noticed on my first run of it.

That's it for now, if I end up thinking of anything else while I slowly decompress from 2 hours of hell I'll add more.