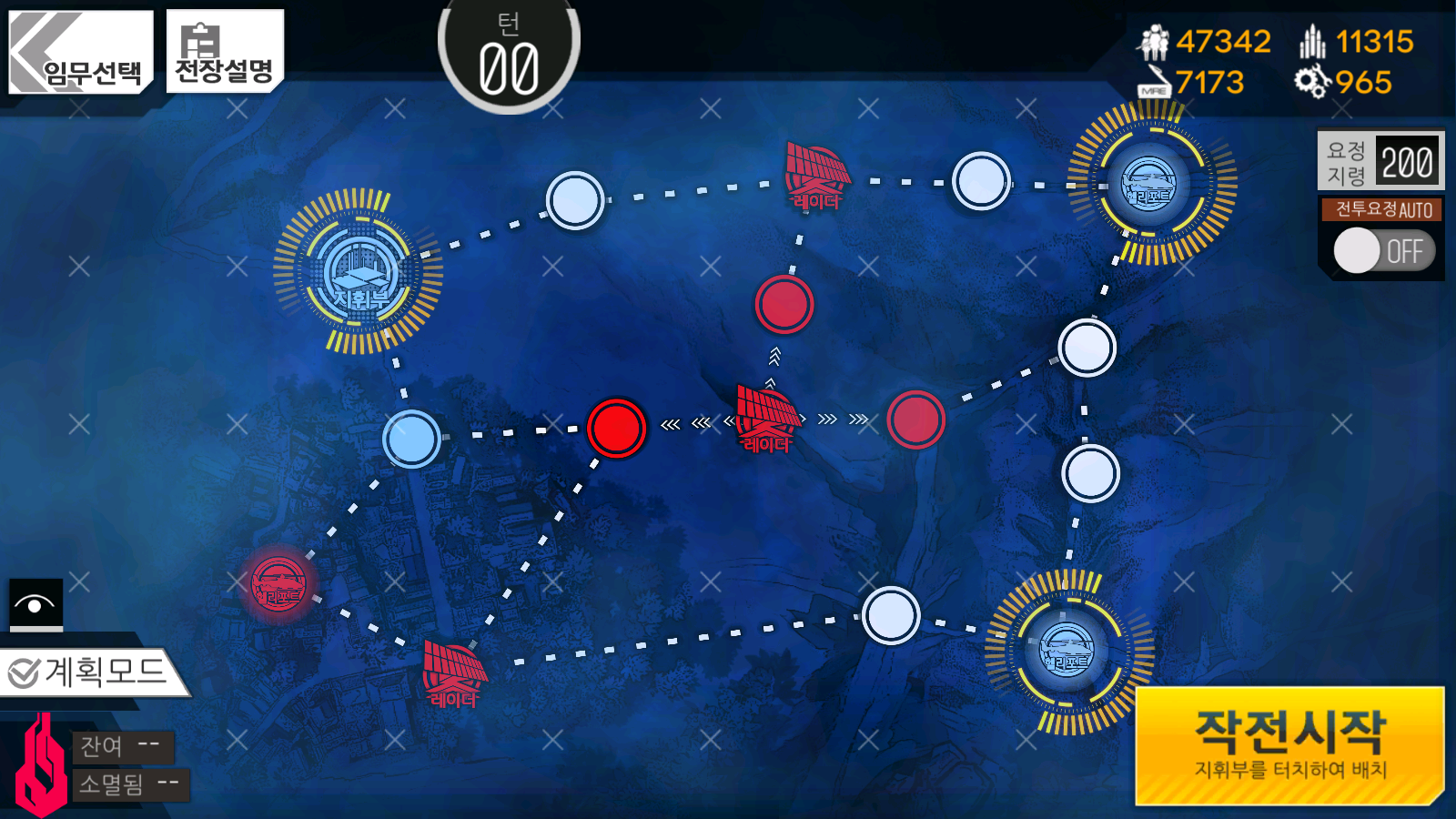 This should be a simple 2 turn affair with three echelons.

Note: this is doable with 2 echelons and a dummy, but I definitely wouldn't recommend it. There's a fair bit of RNG if you try to do it with 2. As such I won't cover it here.

Our first priority is to work on the Radar Tower in the center of the map. We need to surround it, so we need to take the three nodes surrounding it. The node above the middle Radar and the node to the left should be your focus first.

On turn 2, complete the surround and grab the bottom left Radar Tower. That should get you the win after the middle Radar Tower gets taken from the surround.