Knock, knock, it's CT. Thought Singularity was hard? Well, CT's even harder, so I hope you're ready for a ride. We got the Military coming back, a whole new faction, and even more mechanics for maps. Let's get this rolling.

I will NOT be covering bosses in this section. They'll be covered in their own little section on the first map they appear in.

Oh, right. With the introduction of this new faction comes another new mechanic. They bring a special type of shielding called a Distortion Barrier. (name pending because fuck if I know if MICA's gonna change the name for EN)

So how do you deal with this? This is where HOCs come in. The pierce stat on them affects their fracture damage. Fracture damage is what lowers that distortion barrier.

So if you're fighting the new faction... Be sure to bring some fire support. Just in case. 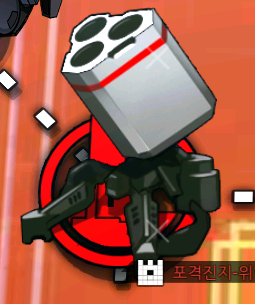 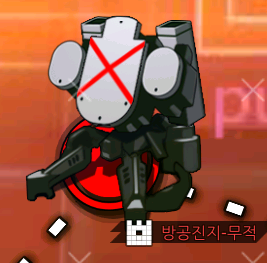 These guys are MICA Team's way of saying "Can you not just para and end this map?". AA batteries will prevent any usage of a Heliport or Heavy Heliport aside from resupplying. This means you can't deploy units from that Heliport, repair, parachute to it, or extract hostages from it.

Like the mortars, these can be destroyed with HOCs or have your own echelon walk over it. DO NOTE THAT SOME OF THESE CAN'T BE DESTROYED. You can press on them to get info on if they can or can't be destroyed.

These guys don't pop up much, but they do appear. All they do is give stat buffs to any enemy within a set amount of nodes from them. You can destroy these with HOCs. Not much else to say about them.

Note: I mean these as fully leveled echelons. Earlier chapters may not need them fully leveled, but when it comes to chapter 3, please have them leveled and ready for a fight.

There's not too much to say about the first few chapters. You can steamroll them with two AR/SMG echelons pretty easily. Any of the distortion barriers within chapter 2 is easily handled by even the lowest level BGM-71. Chapter 3 is where the rest of the list comes into play.

First up, the ELID. These guys in chapter 3 have a little bit of evade, so ideally you have AR/SMG echelons ready for them. However, you can deal with them with an RF/HG echelon. It might be a little sketchy however. So stick with AR/SMG if possible.

Further down the line in Chapter 3, you're starting to fuck with the Military. So, like Singularity, RF/HG is the go to for clearing these out. You can also use MG echelons but RFs are a bit more consistent. Also, because it's Military'o'clock you also got Typhons! This means gunboats. Thankfully you can dodge these Typhons completely, so they're optional. Sure as fuck makes it easier to clear though. The more RFs or MGs you can field the better for these Military-centric maps.
Lastly, we have the taunt fairy. This little shit does wonders versus the White Faction. It can bait the Rodeleros to firing down the middle row, it can prevent the Doppelsöldners from destroying you (for a little while), and it can make Ulhans sit around and do nothing for quite some time. All in all, a really good fairy to have in your pocket.

MICA team's probably gonna change shit up so fuck if I know.