The EX stage difficulty, and maybe even the strategy will be hard to approximate currently. This is written with the KR version in mind, so be aware things might be different in EN. Once it comes out we'll update as needed.

In general, for any EX mode difficulty map, you'll want to bring the best of the best that you have. Nothing's held back. Of course the maps don't start out ball crushingly hard, but they tend to scale pretty hard difficulty wise. So get ready for whatever Mica decides to throw at us. SWAP units may appear, and if you don't know what those are, don't worry about it. I'll add in descriptions/tips for them if they do show up in EN. 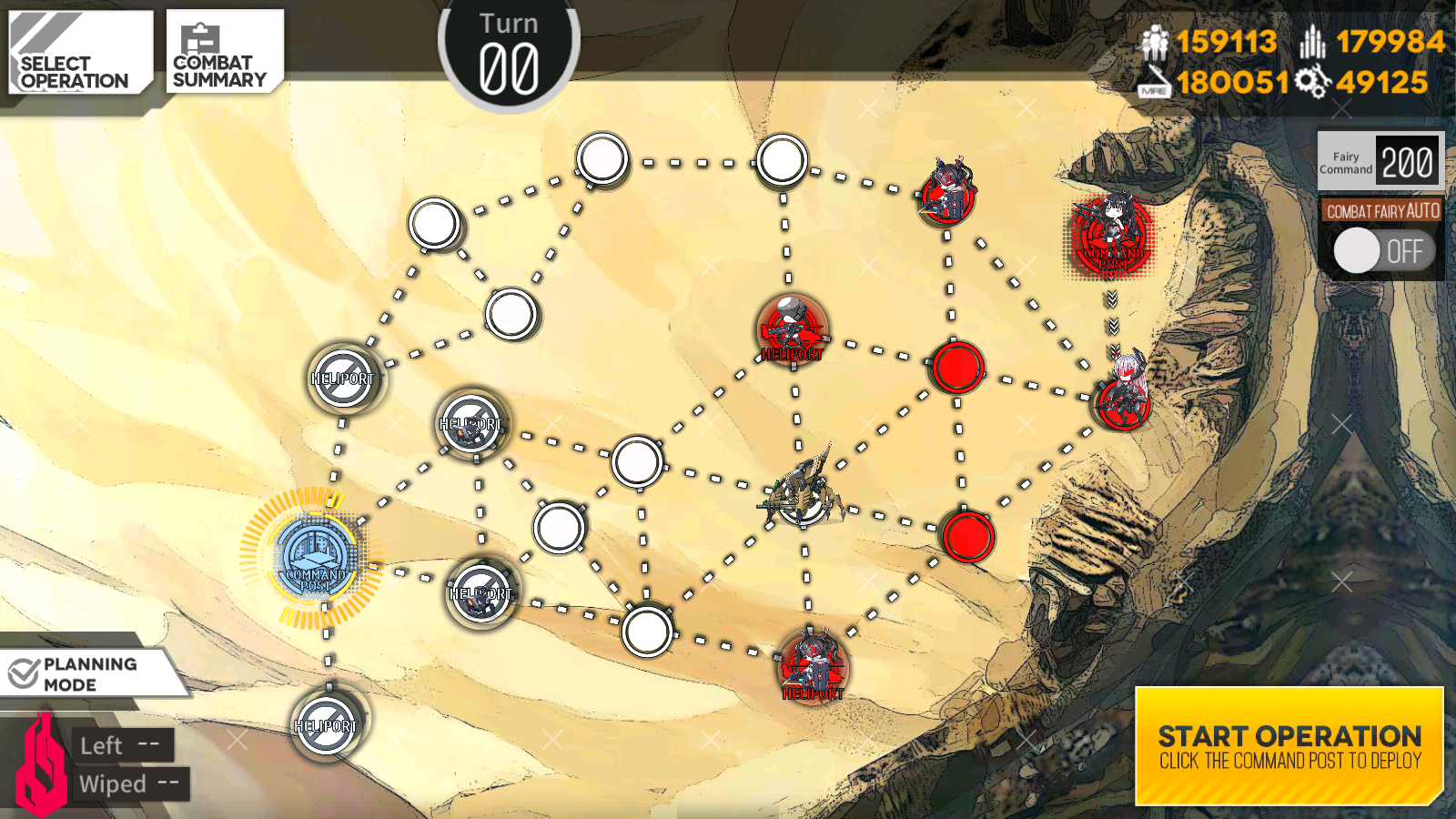 While this can look a bit scary, the map boils down to two things. Avoid the big scary 200k CE Manticores, and defend your Command Center. You can ignore the top route entirely, you're liable to get hard blocked by one of those Manticores. Thus your best option is to go through the bottom path. You'll also want to deploy a second echelon on turn 1 for the AP and for something to actually defend your Command Center. The main issue now is that you need to capture two nodes since you'll get immediately lose the node you're on if you just rush to the enemy Command Center on turn 2. Thankfully, it shouldn't be too much of an issue to take either of the two nodes in the bottom half of the map that are adjacent to the node you need to take. 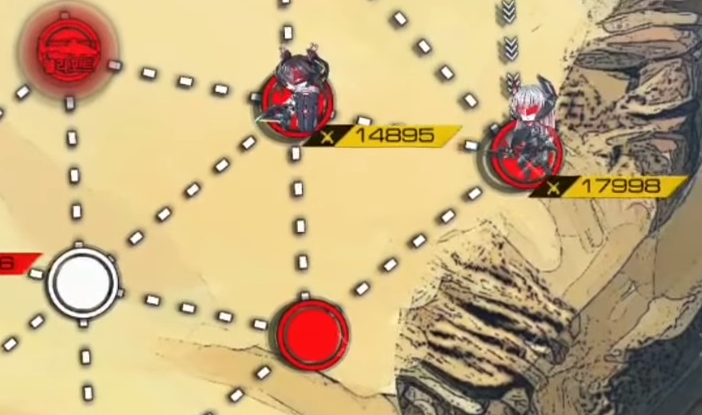 There's a neutral node that prevents you from immediately getting surrounded. So you're safe to proceed here. The Manticore shouldn't bother you, since it either won't get to you fast enough for it to be an issue or it'll persue your other echelon. After you take one of those nodes, you can take the node you need infront of the enemy Command Center. Architect will attempt to stop you, so you gotta fight her.

Architect here is just essentially a buff version of her from cube+. While she'll do less damage, she packs almost five times the HP. Maybe. She might get nerfed. But she's still the same fight.