Faith of Blood I 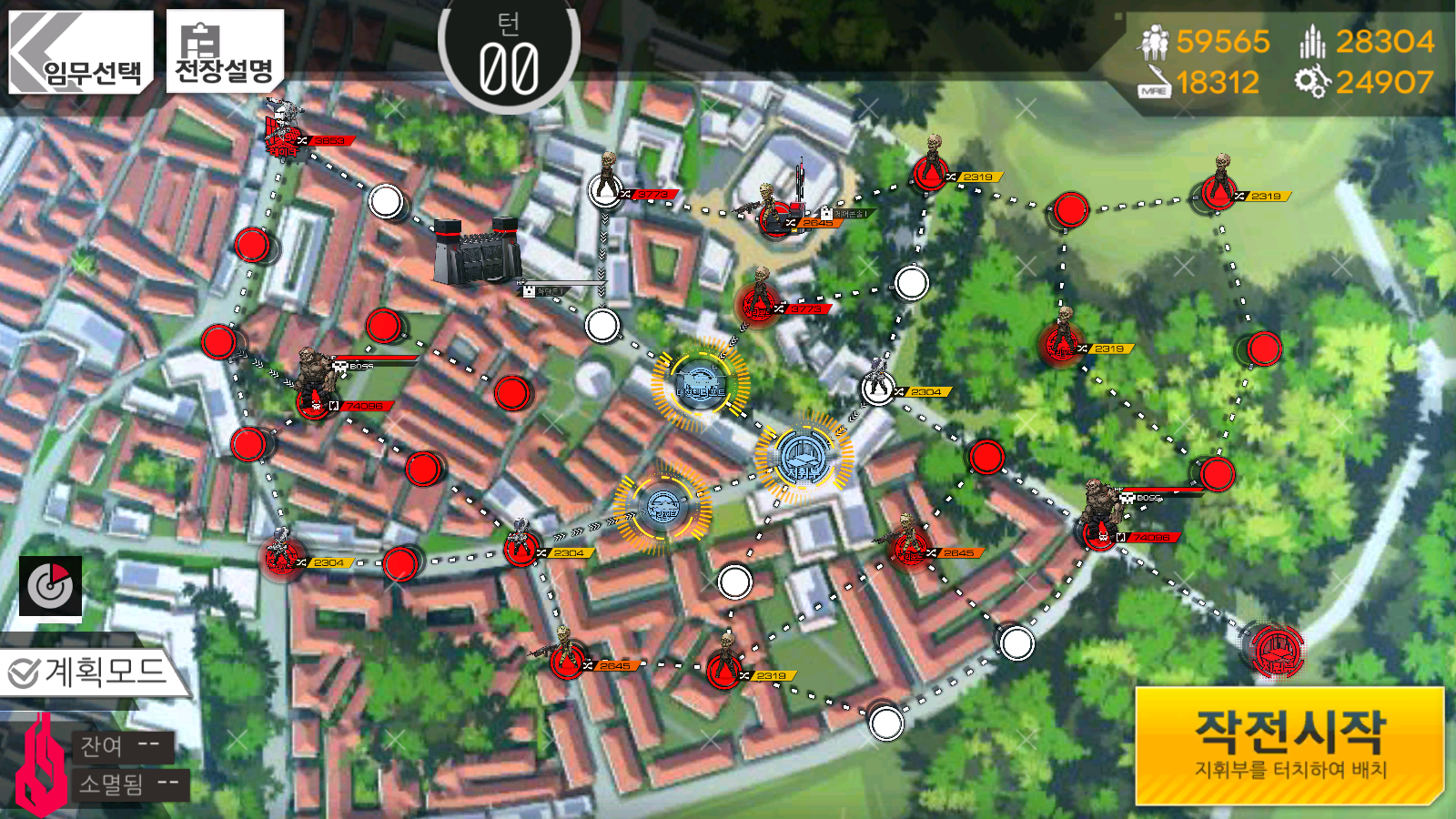 This map can be a little tricky if you're doing it with only two echelons. We need to maintain defense of our Command Center, as well as the Heliports, while making our way to the Radar Tower.

To accomplish this, we'll be abusing the swap function a fair bit. The way this is set up makes it difficult to hold onto multiple Heliports and defend your Command Center with only two combat echelons. We would have to go out of our way to kill one of the enemies that threatens you to really defend much outside of the Command Center. This would be fine if doing so didn't cause your combat echelon to run out of ammo, assuming you transitioned into finishing the map objective. So, we need to modify this a little.

For turn one, we'll clear out one or two of the zombies south of our Command Center, then come back and swap around some units so a combat echelon is sitting on the right Heliport and the other is on the Command Center, just to defend. On the next turn, we can resume trying to get to the Radar Tower. Move towards the boss marked Smasher on the left side of the map, but don't stand next to it. On turn three, it should move out of the way so you can get to the Radar Tower. Go and capture it to end the map.