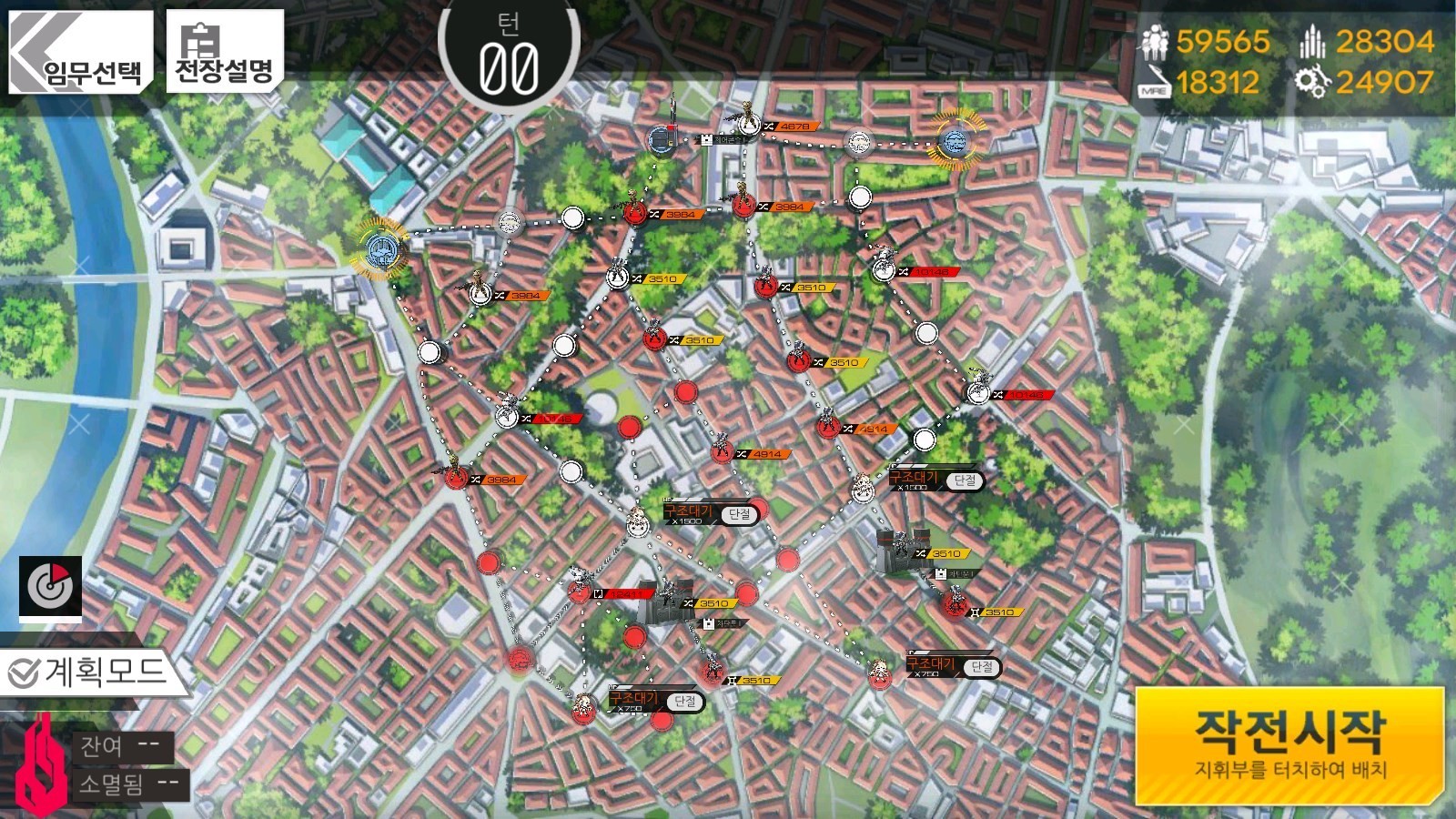 For this map we have to rescue two hostages out of the four in the map. They’re all on the bottom of the map, in immediate danger. Because we only need two, we can afford to let a few of them die. The two we’ll focus on is the two on the right side of the map. One is in immediate danger, while the other doesn’t have anything targeting it just yet. Because of the immediate danger the former hostage is in, we need to rescue her on turn two before she dies.

So for turn one, we need to build AP to rescue the hostage in danger. Deploy your combat echelons and take the Heliports near your Command Center and starting Heliport. Deploy dummies afterwards so we have the AP needed for turn two.

On turn two, we can clear all the way down to the rightmost hostage, then swap and rescue her. We can use the remaining AP to make sure the Command Center is safe. If it's in no immediate danger, use the rest to take that combat echelon down towards the other hostage we're trying to rescue.