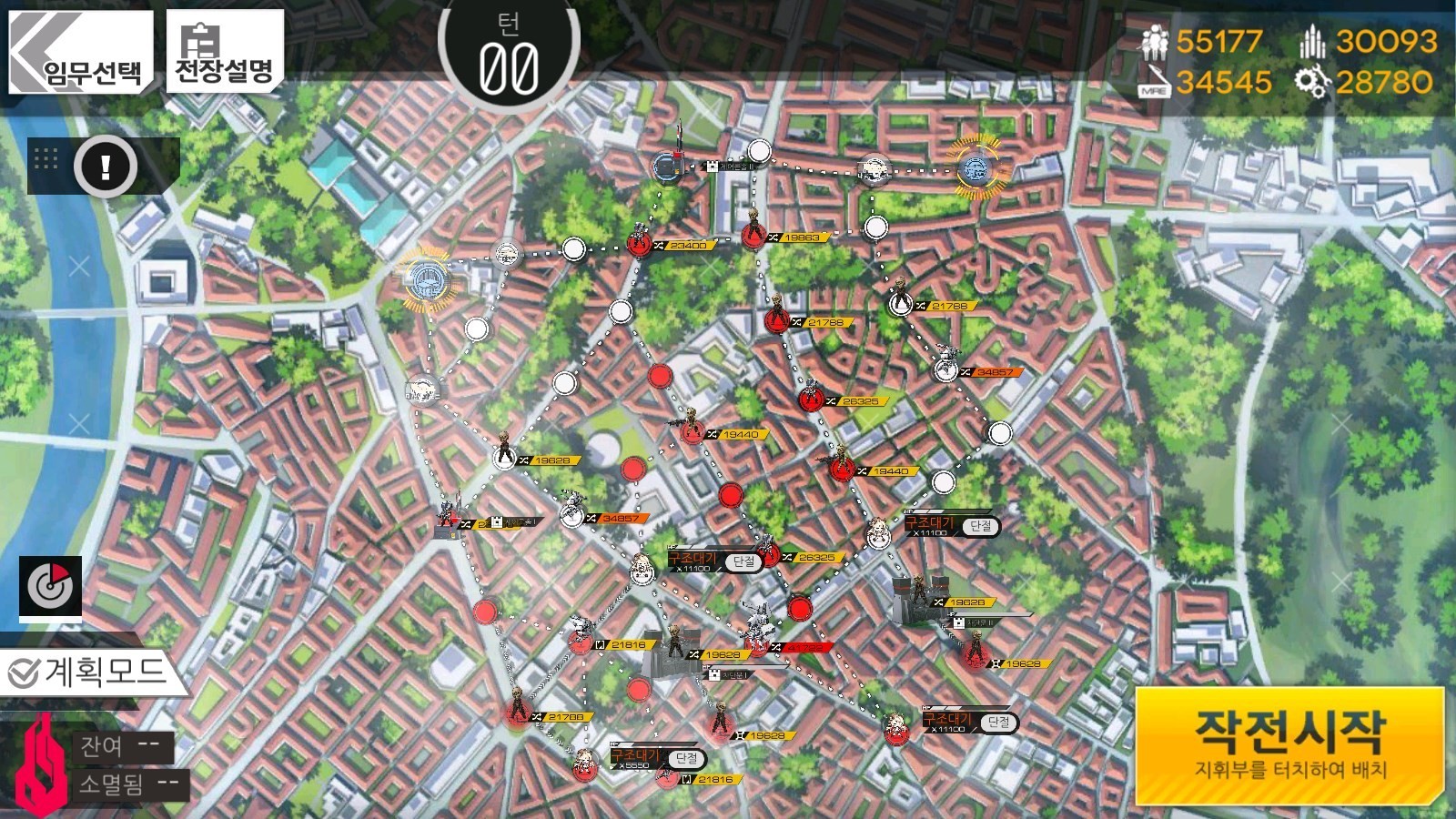 Instead of the lenient two hostage requirement on normal, EX has the player grab three hostages now. So, we need to ensure all hostages that survive to turn two can't be killed. There's two options for this: rushing to each hostage and rescuing them/keeping them out of danger, or you can slam the gates shut to prevent zombies from eating the hostages.

Personally, I like the option of rushing the hostages. This means that each hostage needs to be secured on turn two. So, we need to set up as much AP as possible to make this happen. That means grabbing all the Heliports near your starting point; you have four AP to start with, so you can capture all of them and deploy a dummy at either the Command Center or the starting Heliport. Either/or is fine.

Turn two is when all the action happens. You'll want to secure all the hostages ideally, but you could just get the two next to the gates. The lone one left can be grabbed slightly later, but rescuing her now is easier. Assuming we rescue her while securing the other hostages, move the echelon you used to capture the Heliport south of your Command Center down to the one HP hostage and swap her to safety. From here, you can go down further to the other hostage to swap with and rescue her. Move back up to the first hostage to defend her until you can rescue her.

Your other echelon on the right side of the map will rescue the hostage on that side of the map. Just rush to her through all the enemies, even if you run out of ammo; if you clear a path, it shouldn't be an issue to get back to a Heliport since the Heliport to the right can be gotten to easily. You'll have a third combat echelon there to assist if needed.

On turn three, you'll want to take the echelon you used on the right to a Heliport to extract the hostage, since it'll likely be low on ammo. Either go back to the Heliports on the right side, or go to the left towards your Command Center, using a third echelon as needed. After the hostage is safe, you can now focus on grabbing the last remaining hostage and extracting both of the rescued hostages on the next turn. Done deal.