Night once again. You're pushing to around chapter 5 CE values here. 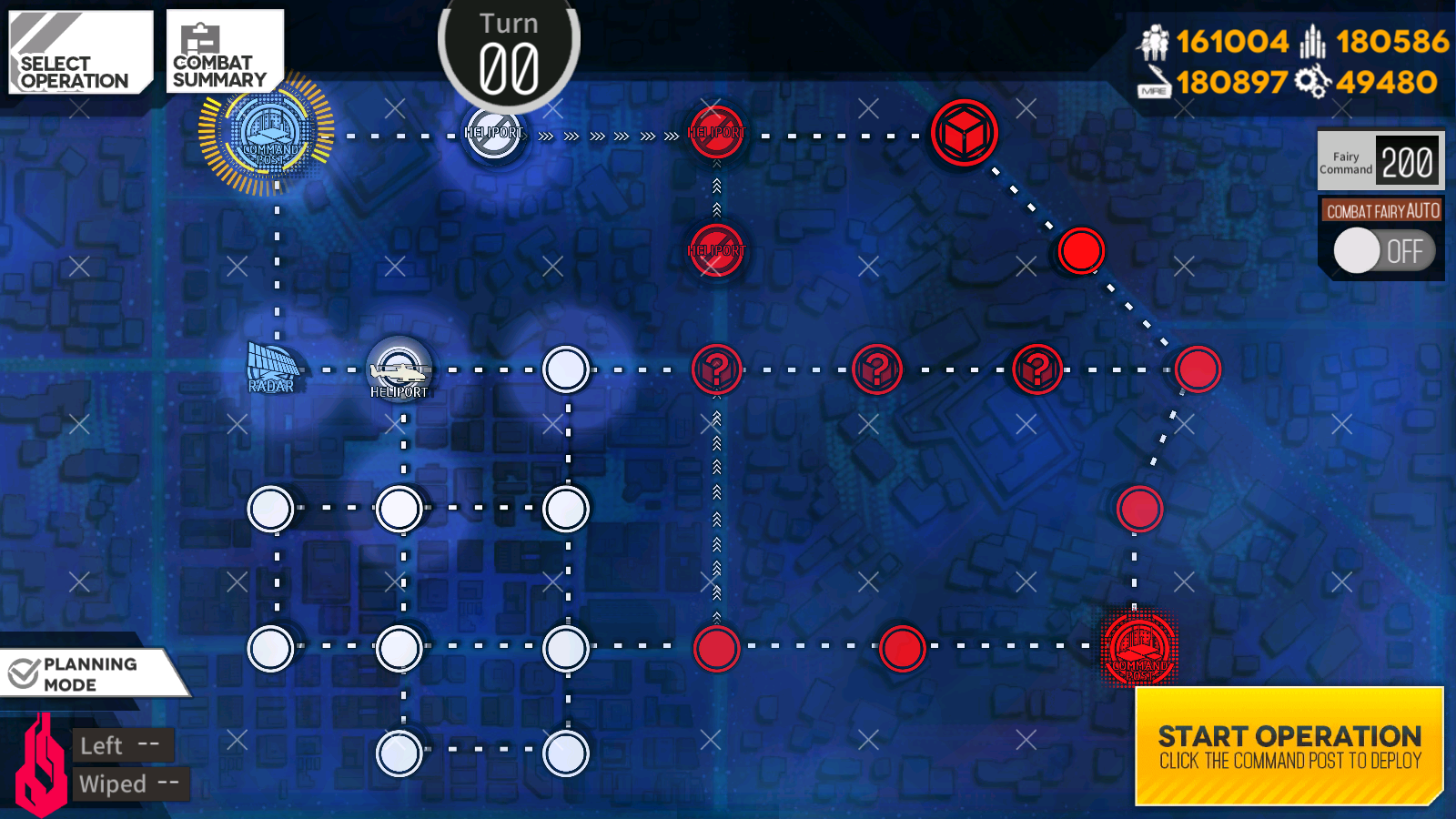 Much simpler than some of the last few maps. You have two options, really, to finish this map.

First option, rush through the right side of the map by going through the one way near your Command Center. You'll be encountering a fair few enemies pushing 6k CE, but you just have a straight shot to the enemy Command Center along with a resupply node to sustain your advance.

Second option, you sneak by a very unkillable Dopplesodner Doppelsöldner Duplicarius GUNDAM to only fight two or three enemies that are significantly weaker (3.5~4k CE) on the way to the enemy Command Center. If you choose this route, as you'll likely only have one echelon, it should be pretty easy to avoid the Dopplesodner Doppelsöldner GUNDAM if you're careful. If you're hesitant to mess with this, it can be a good idea to capture the closed Heliport next to your Command Center and deploy a dummy for the extra AP. The route itself just takes you to the bottom-most pathway to the enemy Command Center. The only thing to worry about is the Uhlan ontop of the base. It shouldn't pose too much of an issue, but I'm not sure how to evaluate it until it properly comes to EN.

Note: This is the second map you need to find and fight a Drunk enemy to unlock the Hidden stage. They're located in this row of random nodes:

It can be a little fiddly, I had some issues getting the correct enemy to spawn from the random nodes in KR. Don't know why, but once you fight the Drunk Gundam you'll have this part of the unlock requirements.