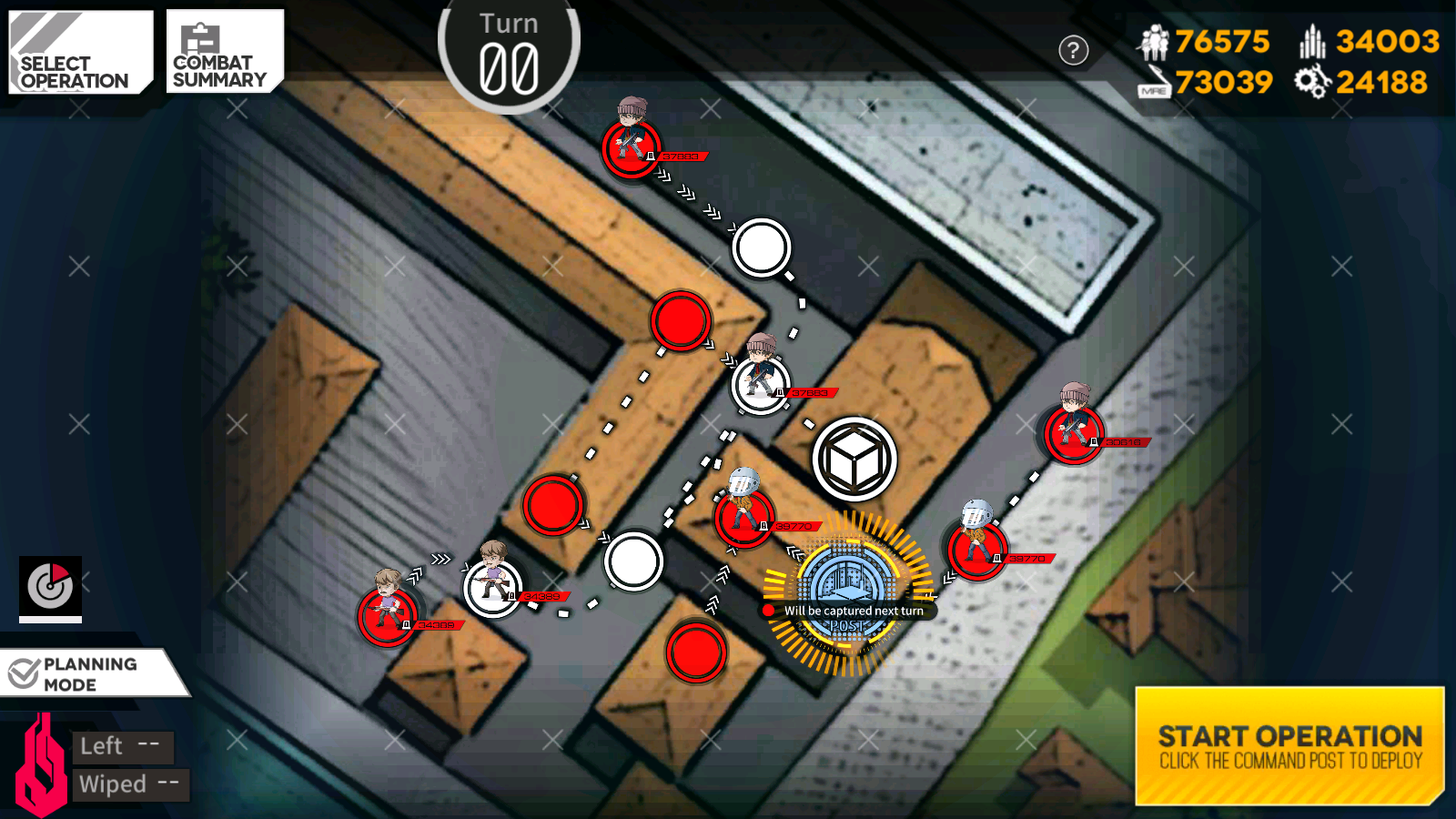 So this map is kinda weird, cause the main shtick is that you just need to survive the admittedly hard to kill enemies for a few turns. Unless things get clogged, nothing should attempt to encircle your Command Center. The strategy for this map pretty much boils down to moving away from the node to the left of your Command Center, since you don't want to fight Rico, and sticking near the Supply Node so you can resupply if needed. If you're lucky, you don't need to do much combat and can end your turn on the Supply Node repeatedly. If you're not lucky, or don't feel like dealing with the possible RNG, just clear out the enemies coming from the bottom left of the map.

If you're having issues with the enemies, I suggest using ARs that have early burst damage like K2 or AN-94, or maybe using an Airstrike Fairy. Could try a gunboat echelon too, who knows.