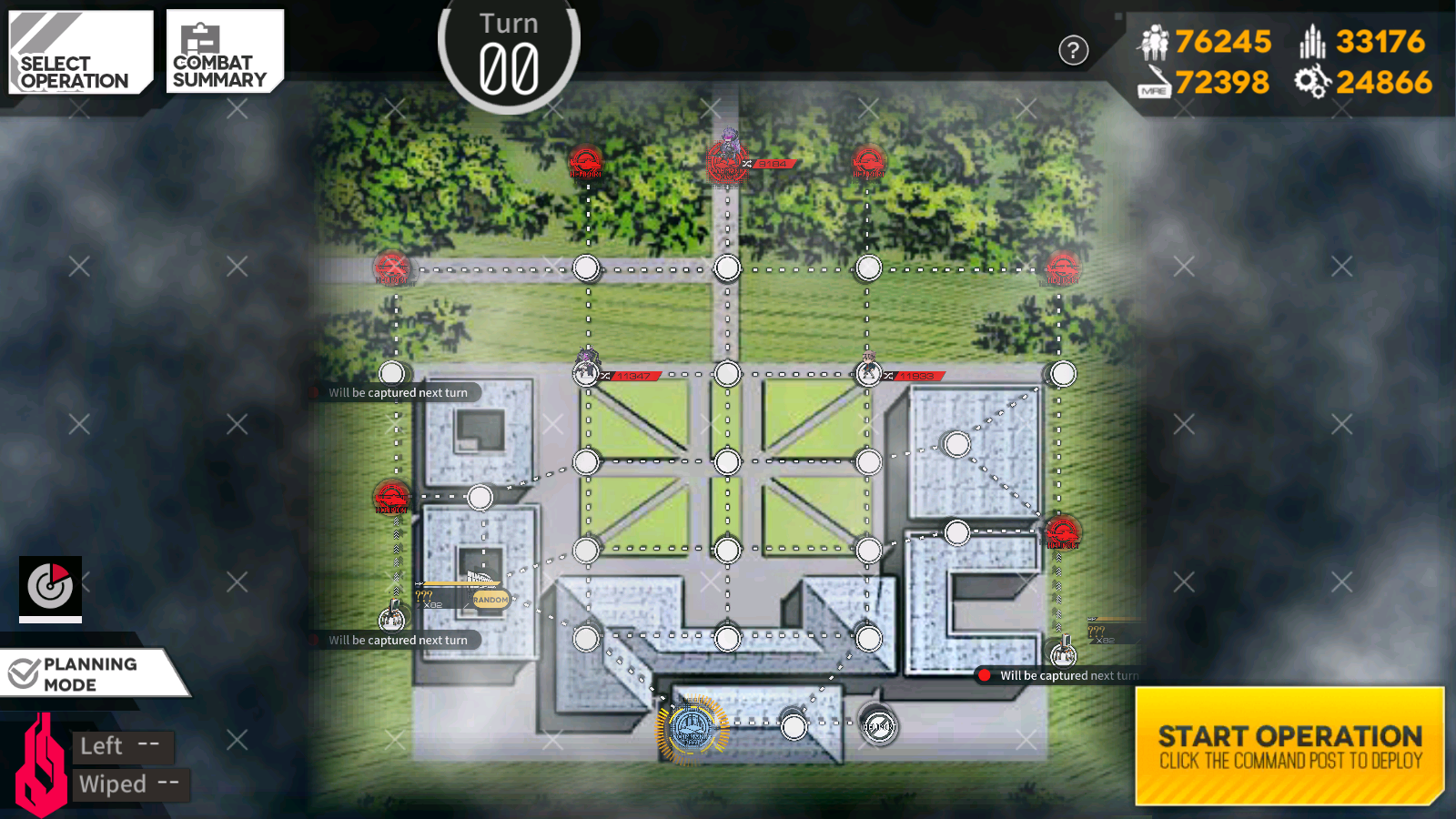 In this map we have a fairly large area to cover, with multiple places for enemy reinforcements to spawn. The main thing we need to do is handle the Heliports that continually spawn in enemies. Thankfully, we have backup from NPC echelons to make things a tiny bit easier.

To start off, we need to take the only Radar Tower on the map. It's two nodes away, so we can take it on turn one. Doing so will switch the target dummies on the map into friendly NPC echelons. They'll be handling the majority of the enemies on the sides of the map, so you can focus on the middle. Before ending the turn, be sure to set their AI to eliminate enemies. They'll move up and take the Heliports next to them provided that you do so.

On turn two, deploy your second echelon on your Command Center and move it to the right, so you can encircle the closed Heliport. Use your first echelon to move into the middle of the map from the Radar Tower and start killing enemies.

On turn three, kill whatever enemies you can with your first echelon, and when you're close to running out of ammo/rations, start moving your second echelon up into the middle of the map as well. Just be sure your first echelon can fight at least once more, in case anything moves into you. Ideally, you'll want to end your turn next to the Heliport SAT-8 will take. You'll be able to encircle another Heliport and grab some AP as well.

Turn four is cleanup. Resupply your first echelon and use it, in combination with your second echelon, to clean up the last remaining enemies on the map, finishing it.