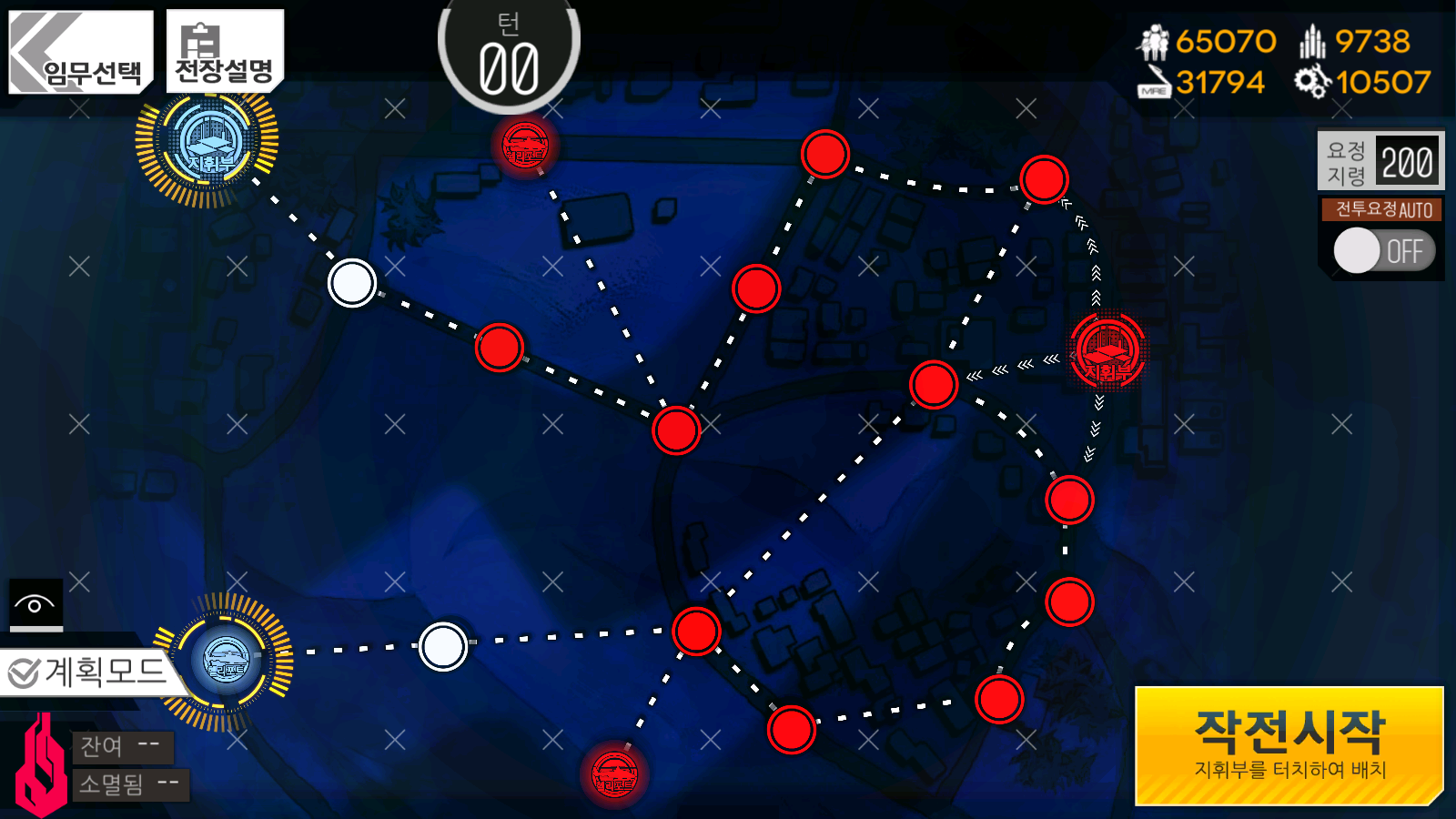 The idea for this map is that you want to surround the enemy Command Center. This is best accomplished with two combat echelons, but you can make due with one. If you're running with two, you'll want to move forward from your Command Center and the Heliport you start with roughly equally. Being able to capture the extra Heliports on the way should be considered a good priority as you can deploy a dummy to assist with surrounding the enemy Command Center.

The boss for this map is Alchemist, which isn't any different from her Chapter 6 incarnation. If you're using two combat echelons, you'll likely fight her with the echelon that starts from the Heliport, so prepare accordingly.

If you're running this with one combat echelon...just take the time to clear out the top portion of the map and slowly capture the nodes around the Command Center. It takes a lot longer, but it's doable.

Author: Kazuki
Tags: I Cant Believe I Have To Write This seasonal