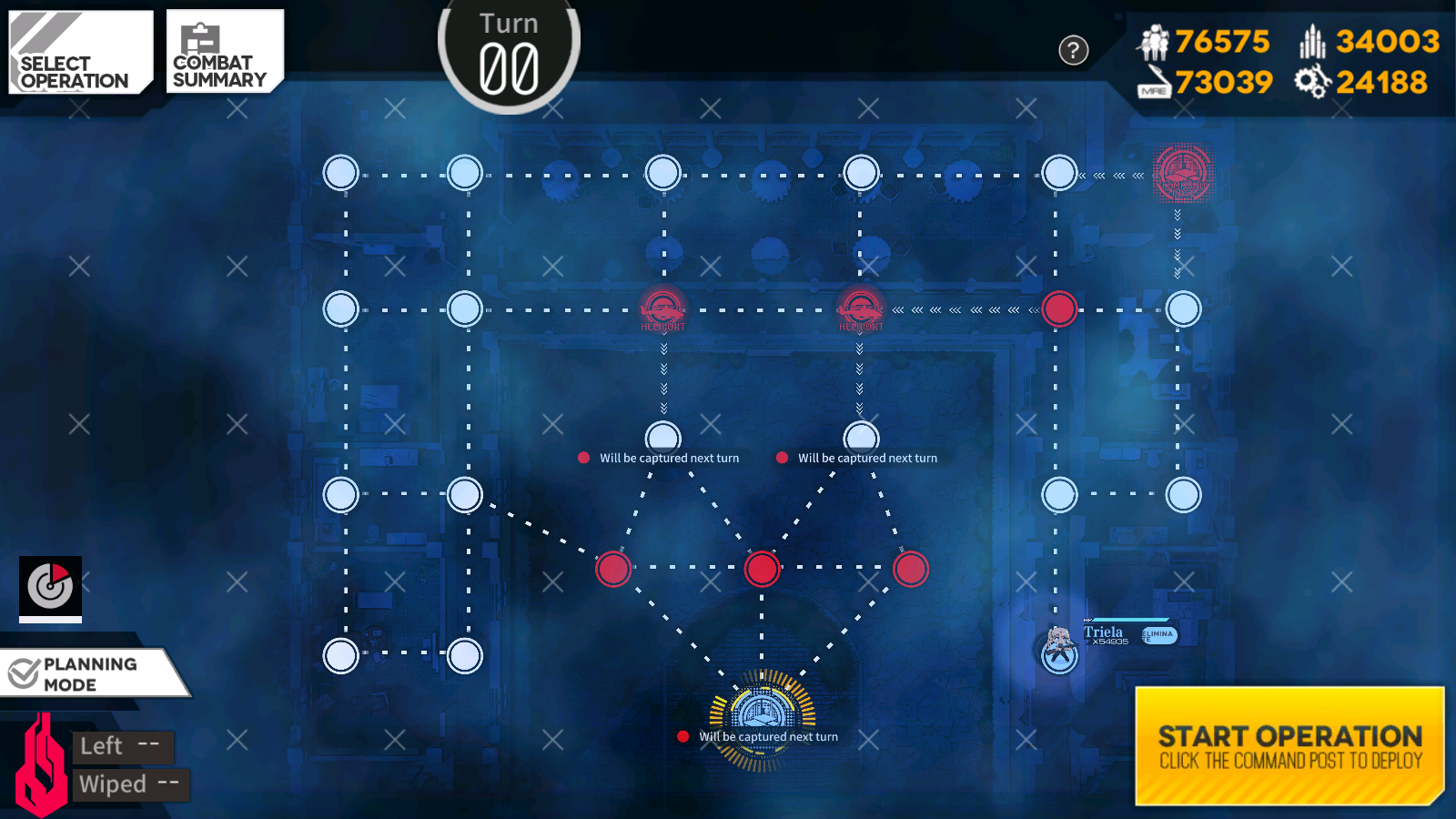 This map has you start off with your Command Center surrounded. So, we need to deal with that first before we can consider the rest of the map. On turn one, just move the echelon you deployed at the start to the node left of your Command Center and deploy a second echelon. You want to go up to the Heliports spawning enemies ASAP to prevent too many enemies from spawning in.

On turn two, the goal is to take the left Heliport. It'll function as a place to resupply and it'll reduce how much stuff is spawning in.

On turn three, we can take the other Heliport while using our second echelon to clear out any nearby enemies on the bottom side of the map.

Turn four is clean-up; do keep in mind that the boss, Grapecano, is sitting on the enemy Command Center, so end your turn with your first echelon next to her so she can walk into you. Once you've beaten her, hopefully all the enemies are taken care of; if not, spend turn five getting rid of the rest. Once you're done with that, you'll be done with the map.

She's a fairly simple boss with deleting capabilities that rivals our own Grapecanos. Her only skill is Mask of Hermes, which picks a random target, designated by a crosshair, and shoots them for "you're going to die" damage. You can avoid this by standing on the purple marks on the ground that provides a shield that neutralizes her skill. DO NOTE THAT THESE MARKS HEAVILY DEBUFF ANY T-DOLLS STANDING ON THEM. There's three marks, so keep your DPS off them unless they are being targeted. That's all you gotta do to not die a horrible death.