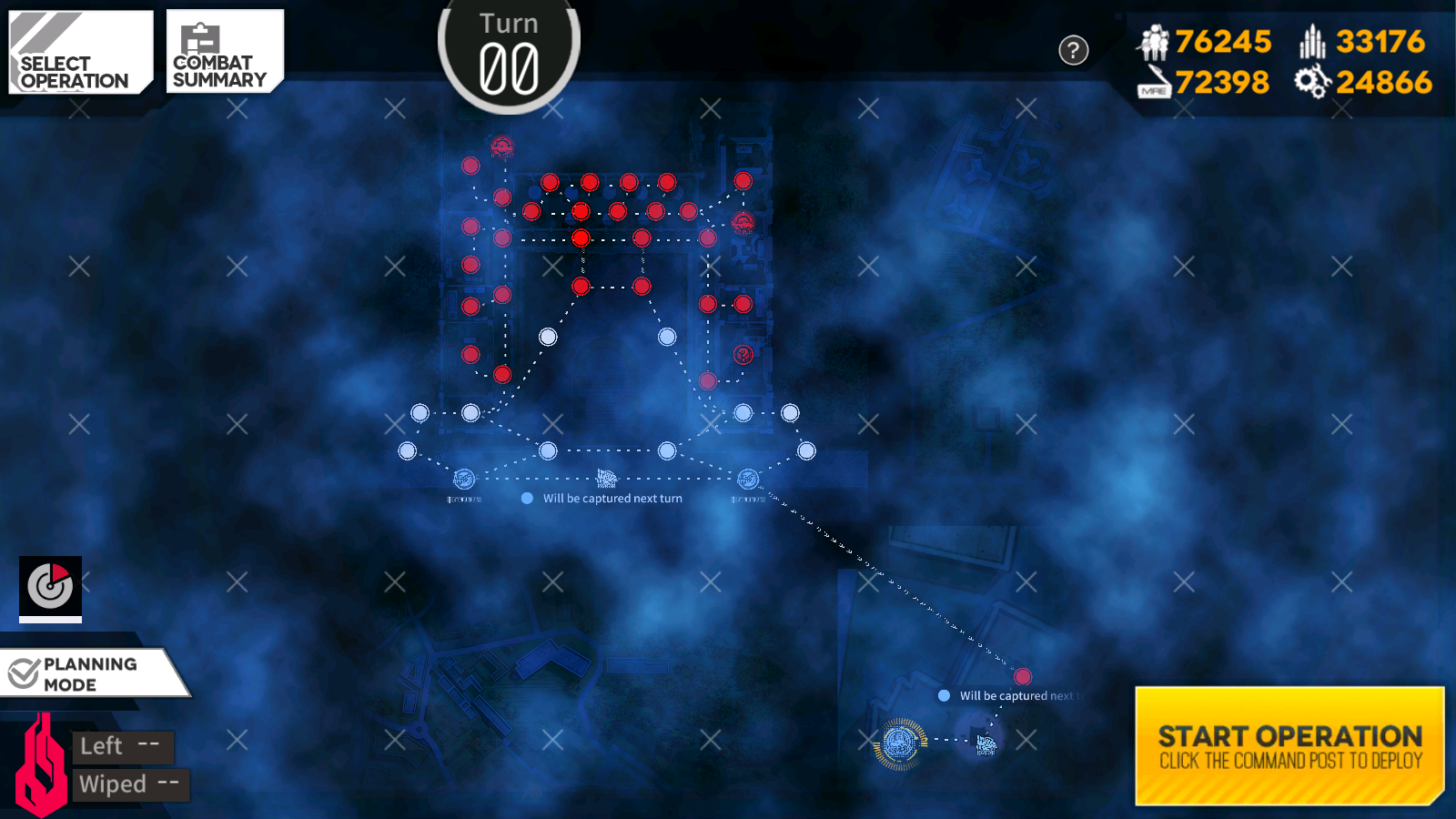 The map starts out with you only having access to your Command Center to deploy. You'll see Grapecano (Carcano M91/38) nearby when you start the map, but she'll teleport to the main part of the map when you move towards her. Because of this, just deploy a dummy echelon to start with. Since you'll have some extra AP here, you can deploy a second dummy echelon once Grapecano moves out. Setting up a third dummy echelon is optional here.

Next turn, we want to get into position to sweep the top of the map with all of those interconnecting nodes. Move both your combat echelon and 2B14 up to start getting into position. There's a few enemies that you'll have to take care of, but if you see any decently high CE enemies (like 70k CE high) you'll want to avoid them unless you're feeling really confident. In my clear of the map, I just move my combat echelon to one of the nodes on the side of the pathway up to avoid alerting the higher CE enemies. If you have any leftover AP after positioning yourself, deploy another dummy echelon.

On turn four, we're gonna try and sweep the top of the map to look for Grapecano. If possible, avoid extra enemy fights, especially with the strong units. I believe Grapecano randomly spawns up there, so you may have to search for her. In my runs, I've seen her in the top middle of the map.

Once you've found her, engage and have a fun fight against one of the most broken T-Dolls.

She's a fairly simple boss with deleting capabilities that rivals our own Grapecanos. Her only skill is Mask of Hermes, which picks a random target, designated by a crosshair, and shoots them for "you're going to die" damage. You can avoid this by standing on the purple marks on the ground that provides a shield that neutralizes her skill. DO NOTE THAT THESE MARKS HEAVILY DEBUFF ANY T-DOLLS STANDING ON THEM. There's three marks, so keep your DPS off them unless they are being targeted. That's all you gotta do to not die a horrible death.

Once she's down, you'll win the map.