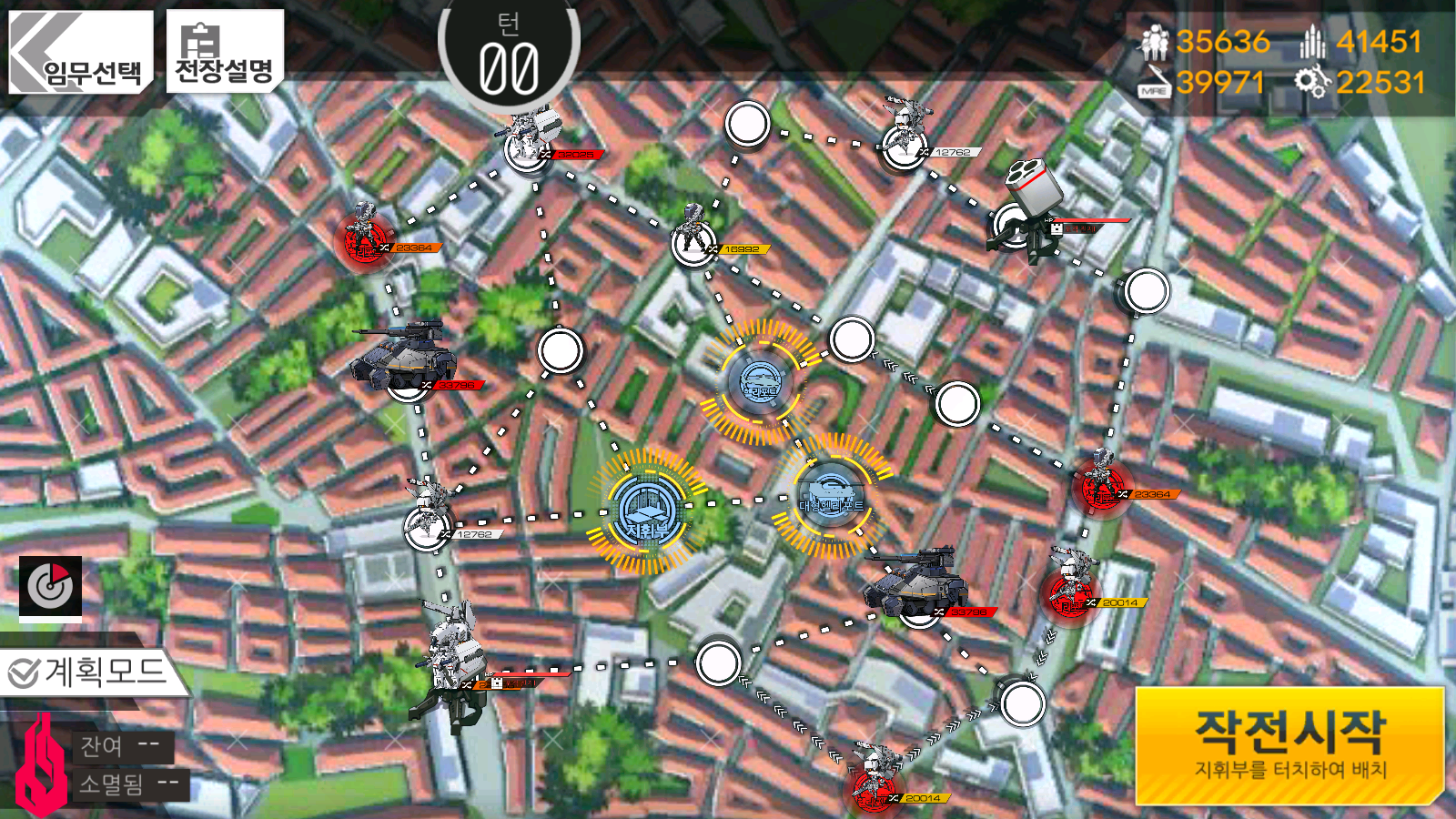 Before you begin the map, deploy BGM-71 (referred to as "BGM" in the future) on the lower right Heliport, then deploy your two RFHG echelons on the top Heliport and your Command Center. The RFHG on the top Heliport should have a Taunt Fairy for use later on.

On your third turn, move your RFHG echelon which should be in the upper left corner to the right one space into the Doppel, and then right one space into the Rodelero. It should be doable without your HOC. Now move the same RFHG echelon northeast one space, and east three spaces, destroying the artillery along the way, and ending up on the space with the Doppel in the upper right corner. This should also be doable with no HOC. Now select your other RFHG echelon, and turn on the Taunt skill from its fairy, then move onto the Doppel, which should be the only enemy left on the map. Once that's dead, you should be done.