Hey. Hey, wake up. It's time. Isomer's here, and knock knock, it's also time for the game's difficulty to actually start going up a fair bit. Well, in the case of EX (hard mode), anyway. Thankfully, they learned from CT that maybe ramping the difficulty up a lot causes people to not clear events. For Isomer, they decided to make a higher difficulty that gives players extra rewards, while having a normal difficulty for less masochistic players who would just like to see the story without too much effort. Doesn't mean it'll roll over and die, it's not journalist mode. So, let's cover the new stuff featured in Isomer!

They've changed how the event is laid out again in Isomer. 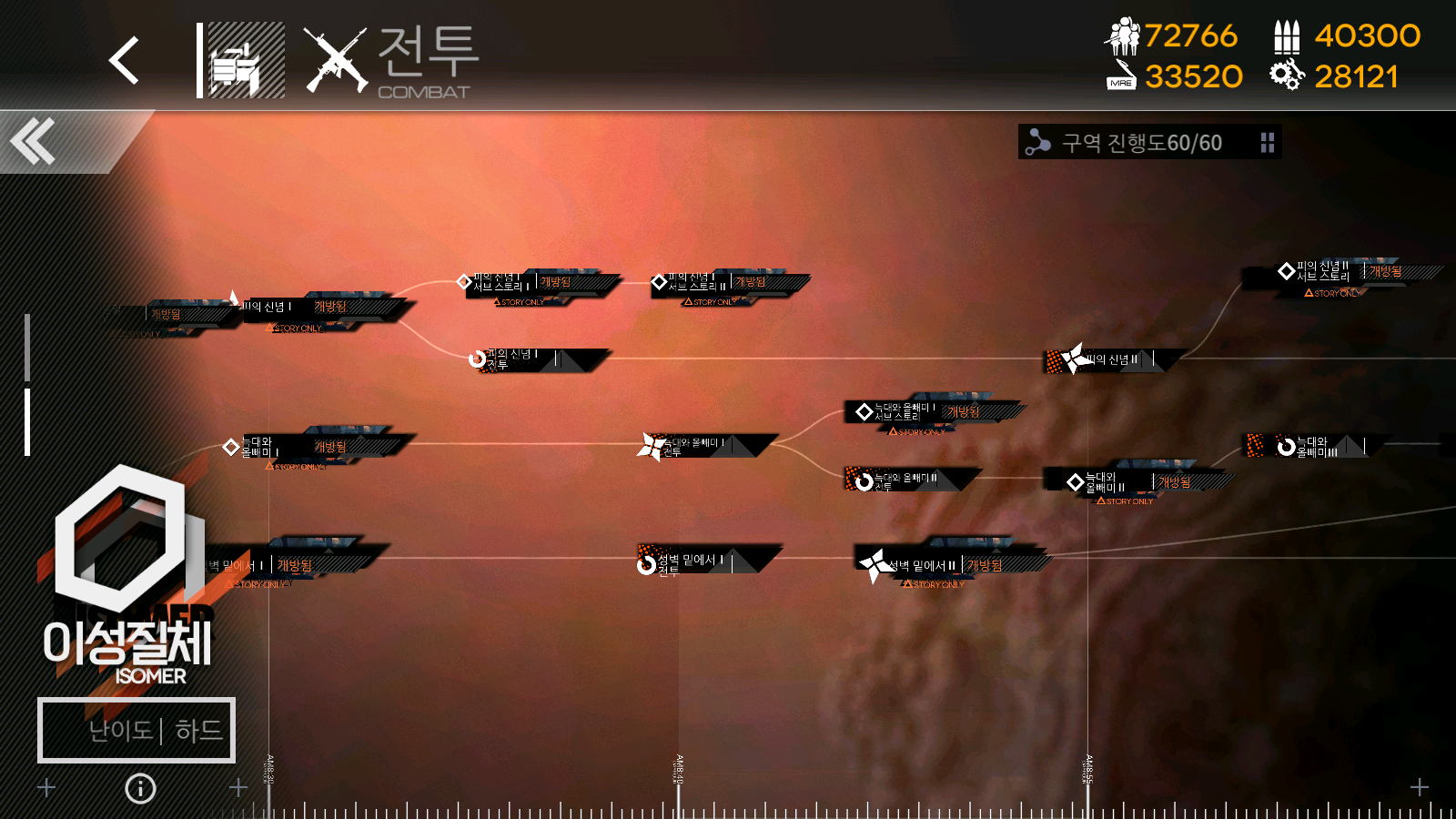 This time it's in a timeline format with no clear divides in chapters where you need to obtain data from clearing stages to unlock new stages. You're limited on how much data you can obtain per day, effectively time gating how fast you can clear the event. Note, that there's story only nodes as well, and these still take data. They do have a catchup mechanic in place, so if you skip days of getting data, you won't be screwed. If you didn't get all the data you can in a previous day, the cap of that day will carry over to the next and add to that day's cap. This can keep stacking, so you could still complete the entire event if you waited til the last day. You'd just hate yourself cause that's a long as fuck day to get all that data. Wouldn't recommend.

You also have the option to change the difficulty of the event via the two bars on the left side of the screen. You can switch between EX and normal at any point, and your progression carries between the two difficulties. If you start on EX and have a stage you can't beat, you can switch to normal, clear it, and then resume playing on EX. Each stage has two sets of rewards, one for EX one for normal, clearing EX will give you both rewards.

Some of these will be repeats from seasonal events or collabs, so keep that in mind. 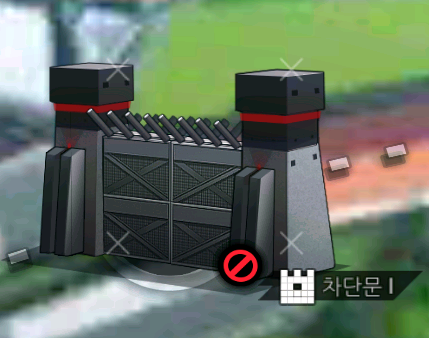 First up, we got a fucking gate. Yup. A gate. They impede all movement into them and need to either be blasted open or unlocked via the mechanic I'll cover next. The gate above is closed, while this is an opened gate: 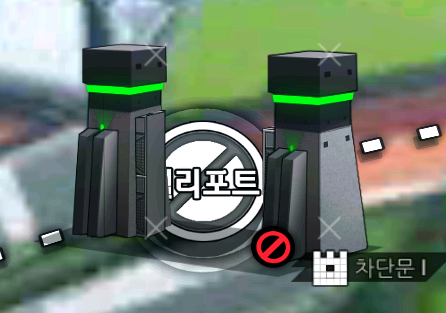 Pretty simple. Gates with an HP bar can be blasted open with HOC fire. This will damage them, which causes you to be unable to open or close them afterward, so keep that in mind. The damage your HOC does to a gate or any structure is the same as its pierce stat (1:1 ratio). If you press and hold on a structure, it will show the HP of that structure.

One last thing about gates is that you can close them on enemies (and your own units) to damage them heavily. It deals damage as a percentage of HP to the unit affected, so repeatedly slamming a gate on someone can drop their HP to near nothing. Very useful. 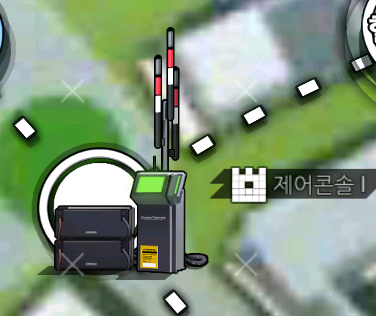 These guys are what can open a gate or close a gate. This isn't the only things they can do, but for the purposes of Isomer campaign, they'll mostly do that. When you stand on them you'll get a UI on the side to interact with the console and access its various features: 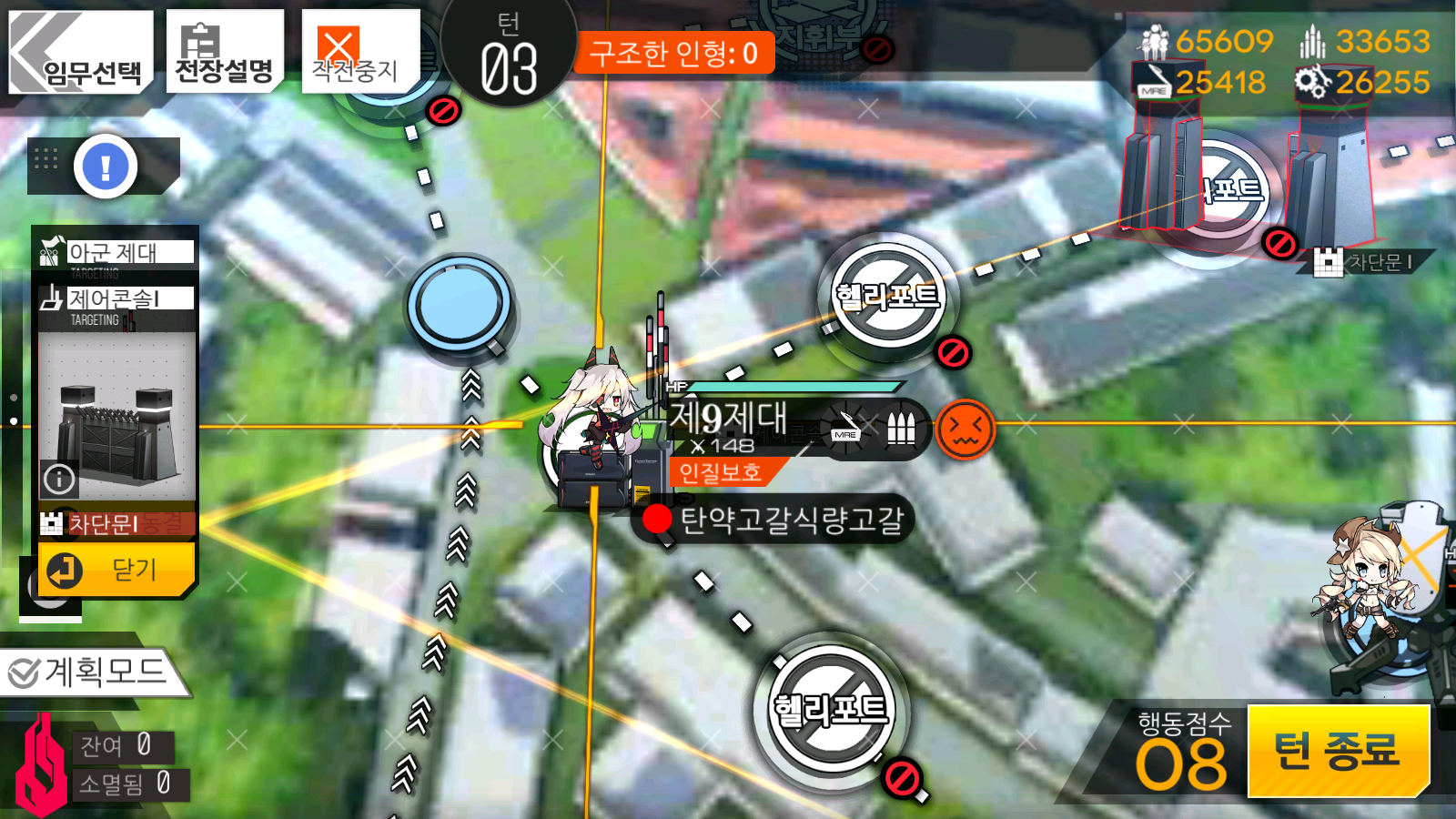 Pictured above, we can use that console to close the opened doors. If there is multiple commands, you can scroll through them. 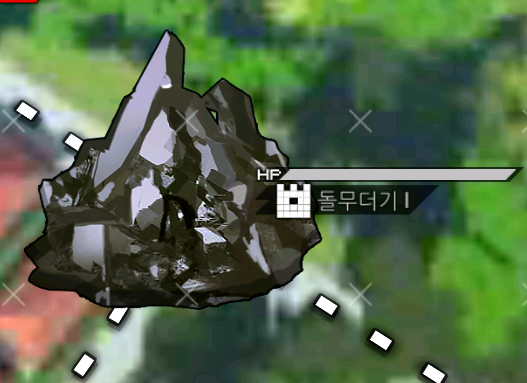 These rocks are basically just there to spite you and be a roadblock. They tend to have INSANELY high HP, like 9,999 HP high. So you'll be tossing HOC shots at them for days if you opt to blow them up via that method. There is another method to blowing them up, however, that is infinitely cheaper. Note, not easier. This method is from the next mechanic. 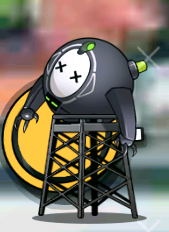 While annoying in life, these can be very useful for us when they're dead. Typically they'll be chucked at debris to blow it up. All you really need to do with them is to go over to their node and pick them up. The UI for them is similar to the console UI, so it should be pretty self-explanatory. After you've gotten them, you can walk over to the debris and use that same UI to throw it at the debris to blow it up. 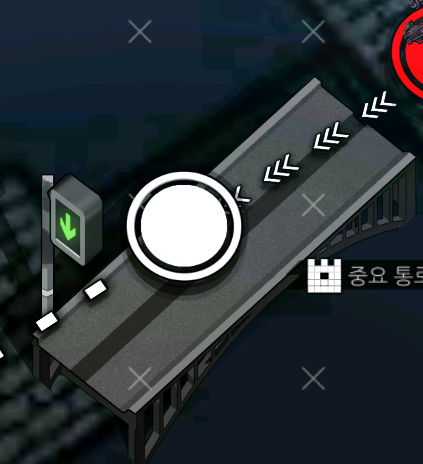 You won't see this guy often. Bridges act as a pathway that can be destroyed. Using a dead Golyat, you can plant an explosive charge and blow them up, effectively eliminating passage through that area. Other than that, they function as a normal node that has no special effects.

As always, I won't cover any bosses here because it'd be spoilers. As for new units, you actually won't see any new units that don't already show up if you only play the normal difficulty. Thank god because the ones that do show up are annoying as fuck. Especially since they only show up late in Isomer, so they're BUFF AS FUCK.

That's it for enemies. Hope you're ready for them.

We'll have two sections, one for Normal, and one for EX.

Overkill: ....Basically the same as above, Normal doesn't get that difficult. More echelons in general would help, but eh.

On the real, you'll want to have a few AR/SMGs, a few RF/HGs, and at least one MG/SG to clear. Judge is an exception to this because of how annoyingly hard she is on EX. You'll want some real studly stuff to tank her with a good rarity+armour talent Armour Fairy. Negev, Lewis, or anything that boosts armour is all recommended for Judge. KSG/SAT 8 are good options to tank her, but I would say using a shotgun that has high innate armour like KSG or FP-6 is a good call.

You'll also want a good BGM-71 and AGS-30 with as much pierce as possible to enable some strategies that make life much easier.

Honestly, overall the campaign is pretty tame on what you need to progress. You don't have anything particularly special that you'll want to grab outside of what's recommended above.

The progression on difficulty is fairly linear, but you'll want two echelons early on during normal if you're a new commander, it makes things a lot easier. Just be prepared to deal with enemies of all types through the campaign. Unlike CT, they don't nicely divide up who you're fighting per chapter. Thankfully, they don't get too difficult in normal. You'll be able to blast most of it with just AR/SMG echelons.

As for EX, if you played CT and cleared it, the difficulty of the first EX map is around the level of White Doll. Another way to put it is, the end of the normal campaign is where the difficulty of EX starts. And then it keeps scaling upwards. You'll be wanting a mix of different echelon types to effectively deal with most of the content here. As with normal, it's a mishmash of different types of units throughout the campaign, so the recommended will vary depending on map.