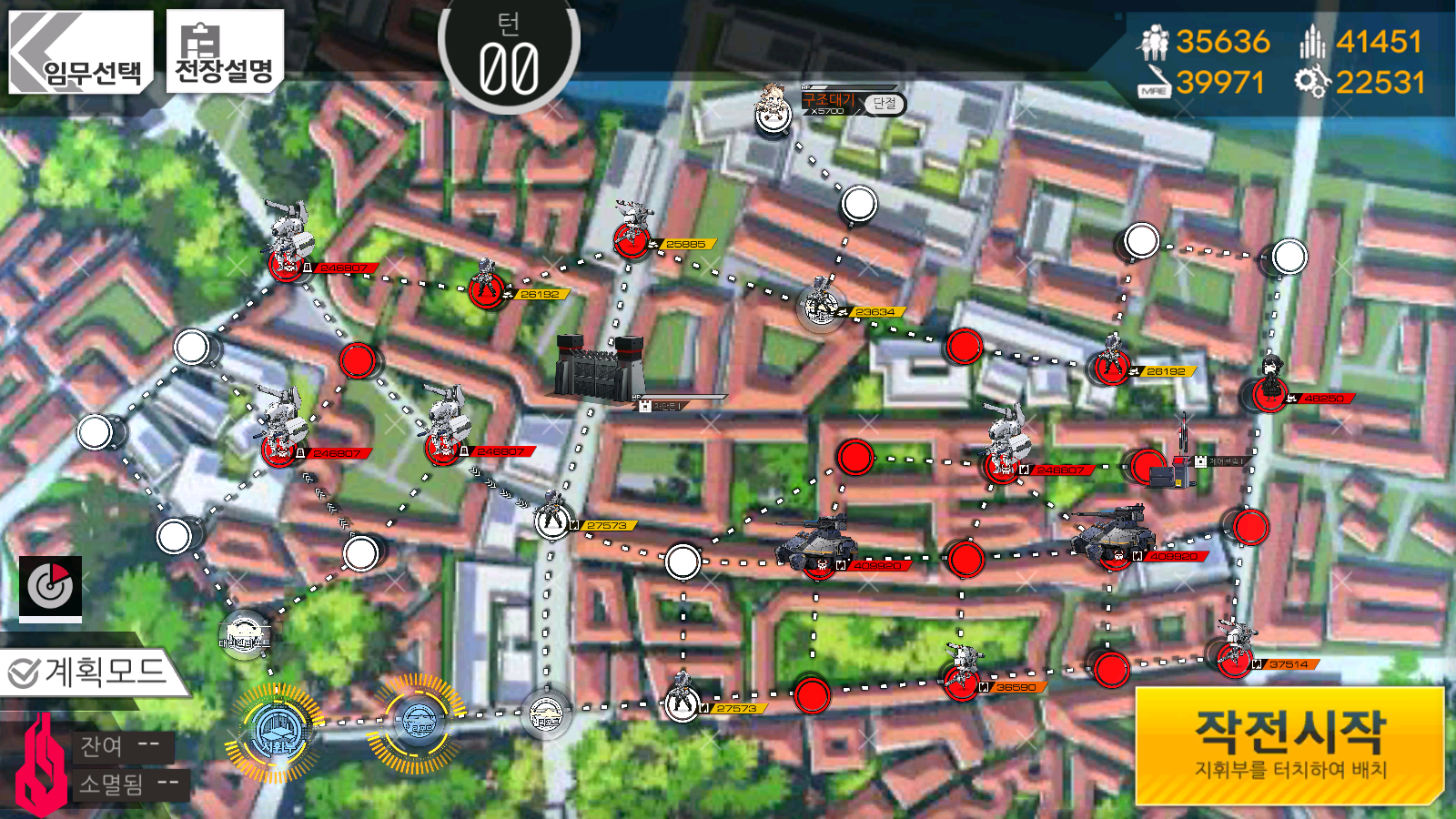 Like most stages with blastable obstacles, this one gets a lot easier and faster if you just do that. Otherwise, you need to brave a bunch of very deadly enemies to reach a console to open the gate blocking our way to the hostage. So, for sake of simplicity and speed, we'll just be blowing up the gate. It's only 1.6k HP or so, so it'll probably be fine. If you don't want to do the map with this method, an alternative method without breaking the gate is provided in a video below.

For this, all we need to do is grab the Heavy Heliport to get our HOC out. Only issue is that it's in the alert radius of two very angry Gundams that will end your life. Thankfully, you don't need to be there for long, just long enough to get a HOC deployed and safe.

Turn one will just have you deploy a combat echelon on the Heliport you start with, and a dummy on your Command Center. All we're doing this turn is grabbing that Heavy Heliport. Getting the other Heliport next to where you start is a bad move, because it introduces some RNG to the clear, as one of the Gundam death stacks can move in your way if you try and take it this turn.

On turn two you'll take that Heliport with your combat echelon, you'll need the AP on the following turn, and you need to have some space for your dummy and HOC to be safe from the Gundam death stacks. Move your dummy and HOC to the Command Center and Heliport you started with--this lets you swap your units around to let your HOC blast the gate open. Now it's a straight shot to the hostage on turn three.

Use your combat echelon to snag the hostage and take the Heliport nearby to clear the map.