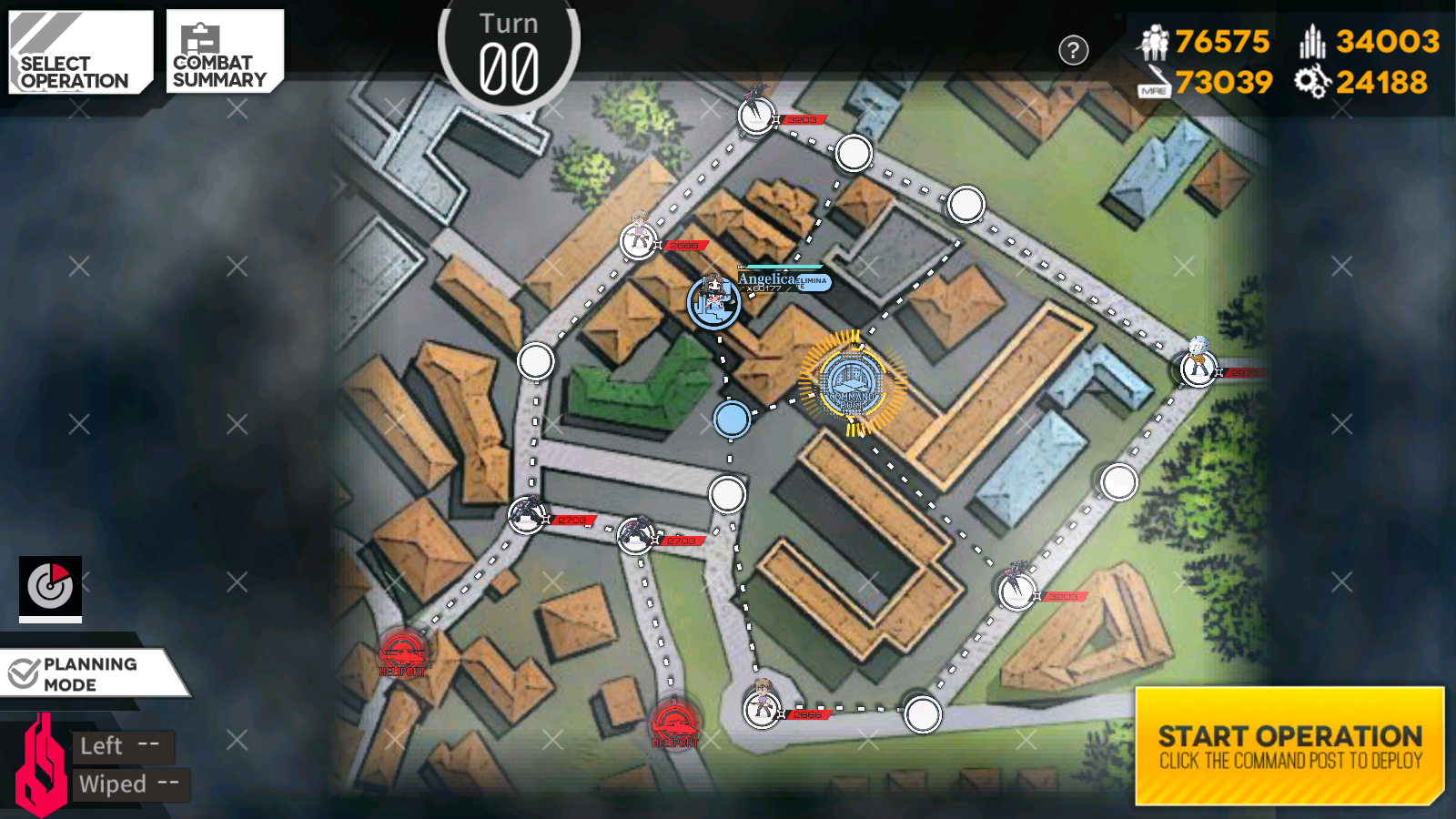 For this map, we have three nodes we need to defend from oncoming enemies. Thankfully, we get some support from Angelica to make things a bit easier. She can either go out and start thinning enemies out for you, or she can hold a node if you set her on standby.

So for our plan, we'll be setting her loose on one side of the map so we can have a safe Command Center. Deploy your combat echelon, move it towards the Rally Node, then deploy a dummy echelon. Now swap Angelica all the way to your Command Center. She'll go off to the right side of the map in the future turns and deal with the enemies there.

On turn two, we'll use the combat echelon we have to clear out the top left of the map. If you need to swap around, do so, but from the Rally Node, clear out the two enemies on the upper left part of the map. On the next turn, return back to the Rally Node and swap to the node to the left of your Command Center. You can end the turn here and finish the mission once the next turn starts.