This is where things will be getting interesting. The first real night battle map of EX. There might be some weirdness with enemies starting here, so the recommended won't be filled in, just the strategy for the map. Just note that you'll be deploying 3~4 echelons to clear this map. 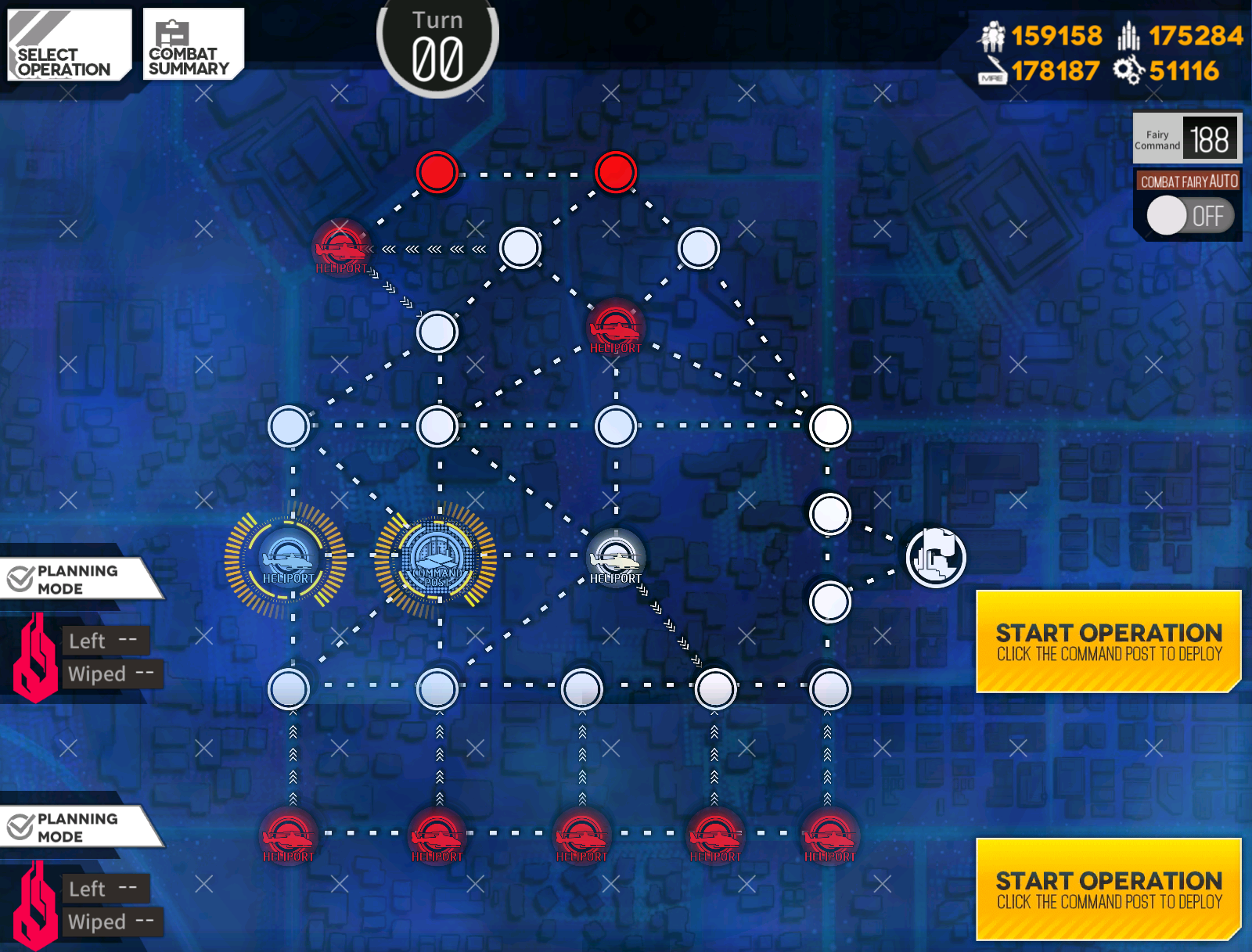 On first glance this map seems pretty simple. You got a Rally node relatively close to your Command Center, with two routes to it. The bottom route has a metric fuckton of enemy Heliports, making it pretty unappealing to go through that route. So, you're stuck with the top route while you defend your Command Center from the bottom half of spawning enemies.

This is complicated by an extremely hard to kill Gundam roaming around the top side of the map. Its aggro range is THE ENTIRE MAP, so it'll immediately try and go for you. So, what do?

Your main strategy will revolve around abusing the aggro radius of the Gundam to lure it away from you while you establish and hold the supply line. You'll want to hold it at the top left of the map so it doesn't bother you too much. Your first priority is to get the echelons you need out. The Gundam's aggro is a bit fucky so you'll want to hold off on trying to bait it for now. Do be ready to start baiting it ASAP though. So you want your dummy echelon out on turn one as well. Make sure you have a few units ready to defend your base.

On the next turn, you can just redeploy the Dummy to continue baiting it. As for your combat echelon, you can't really take the other Heliport without making the Gundam run you over. As is, you don't really have enough AP to start working on the supply line with that echelon, so you'll just have to leave it off to the side for now.