Spoiler Warning: Due to who the boss is for this map, there will be story spoilers in this.# 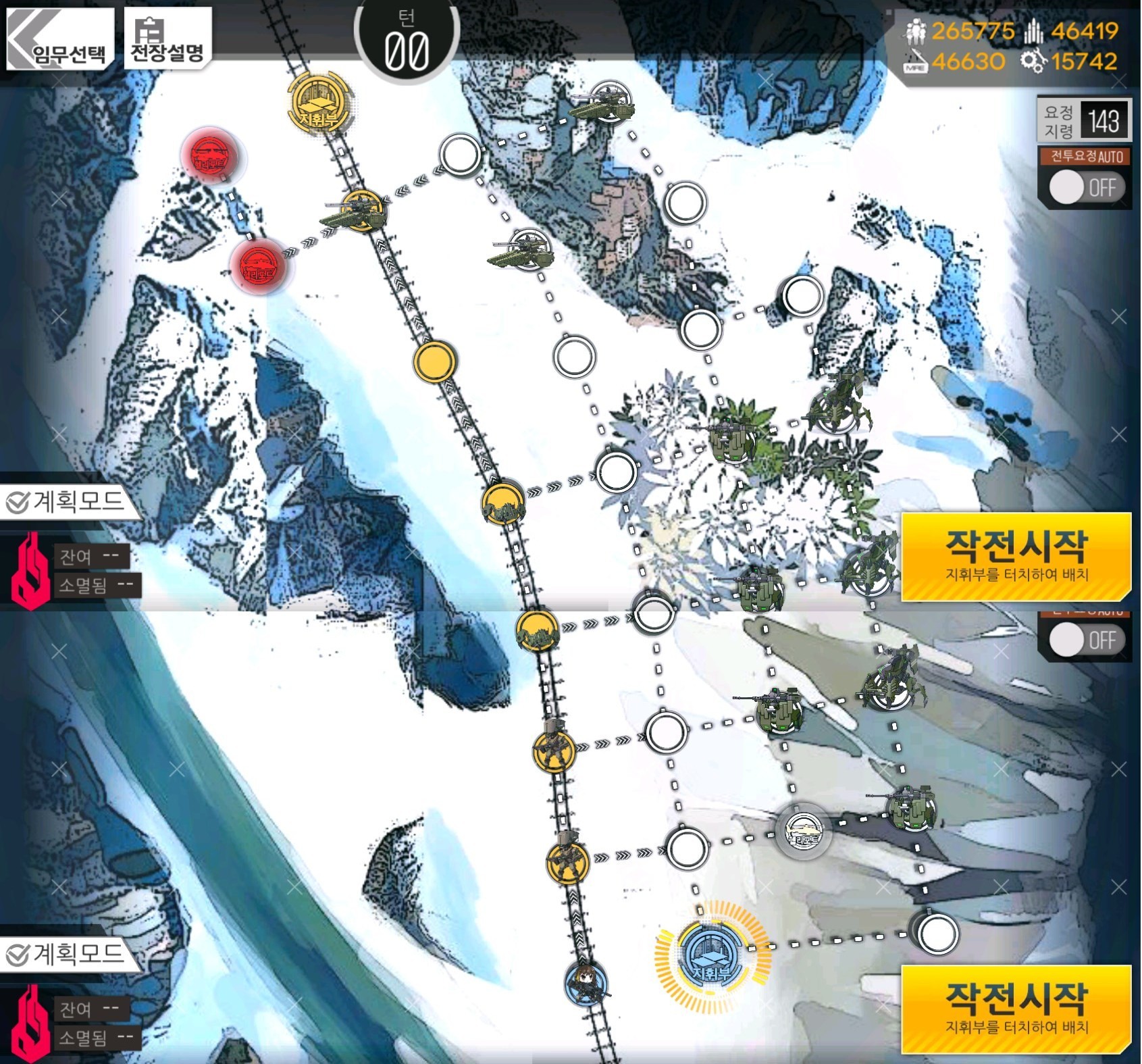 Endgame. The final story map of Singularity. Here you gotta fight the boss guarding the Command Center using the story buffed M4 that you start with. However, big buff M4 can't take out the simple trash mobs on the railroad up to the Command Center. Thus, the map becomes "escort M4 to her target".

To start, you want to be using MG or RF echelons. AR/SMG can work, but it gets real sketchy on certain fights. So, the idea is that you'll have one echelon going up next to the one way pathways from the railroad to aggro the trash echelons to take them out. Your other echelon will be taking out the Hydras and anything going after your Command Center.

Be sure to leave M4 on standby until at least a few nodes are safe. A good time to do this is after killing both cyclopses. Just be careful, having anything run up on her is a quick way to end your run of the map.

Soon as you clear out the last of the enemies on the railroad, M4's clear to run to the enemy Command Center...Which, by now, has switched hands to Sangvis. Why? Because whatup it's M16. 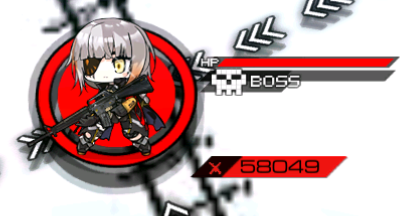 She took out the Typhons guarding the Command Center, and now you gotta beat her.

To start this off, you have a bunch of Military units guarding the approach to M16. You'll have Aegises first, then Cyclopses. You don't really need to do any inputs, but it's best to turn off autoskill after you kill the Aegises, since M4 can one shot the Cyclopses easily.

Once you've reached M16, the real fight begins. Make sure you have autoskill back on and it's time to start dancing.

The main mechanics of M16 involve her flash/smoke grenades and Airstrike. She'll be doing both of these periodically so you'll be needing to move a decent amount. Thankfully they're fairly easy to deal with. Both Airstrike and the stun grenades cover 8 out of 9 tiles you can move to. All you need to do is move to the one tile that isn't being hit, and you'll be alright.

Flash/smoke grenades have the default warning tile setup, while Airstrike looks like this: 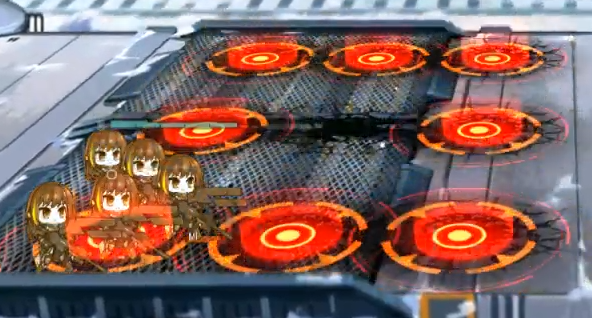 Just keep dodging the attacks and you should come out of this fine.