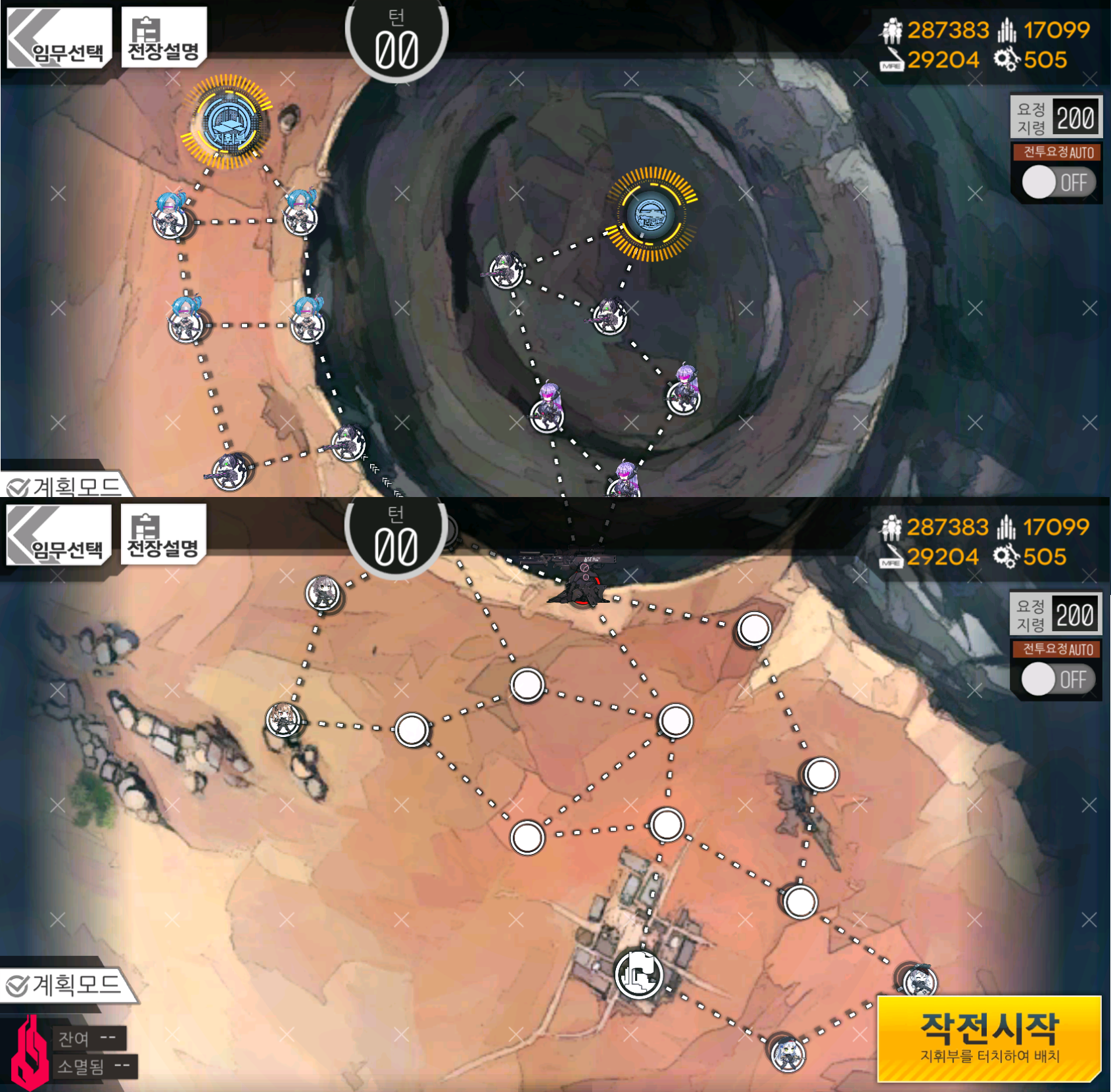 A fucking massive map where, once again, you need to rely on NPC echelons to do some work for you. And like every other time this happens, you actually gotta do a bunch of the work yourself. This time, it's 404 you're having to corral around. The only thing you'll be doing is calling for standby once they've gotten to the Jupiter Cannon. So don't worry about having to swap their instructions a ton. They'll do their jobs just by leaving them on their default command of Eliminate.

For your part, you need to do two things. First, you need to make sure there's a line of nodes from the one way to your Command Center. Second, you need to take out that Jupiter Cannon. Not gonna lie, if you're going for a braindead clear, you can just kill everything and be done with it. Long as you keep control of your heliport and Command Center, it really doesn't matter what you do. Well, sans just running into the Jupiter Cannon or not doing the map's objective at all.

A good way to just clear the side with your Command Center is to slowly kill each row of enemies and go back to resupply after the first or second row. As for the other side, I'd honestly use a dummy and just swap around to resupply and move around more, but it doesn't really matter.

Once you've surrounded the Jupiter Cannon, you can kill it and ensure that it doesn't disrupt the supply line.