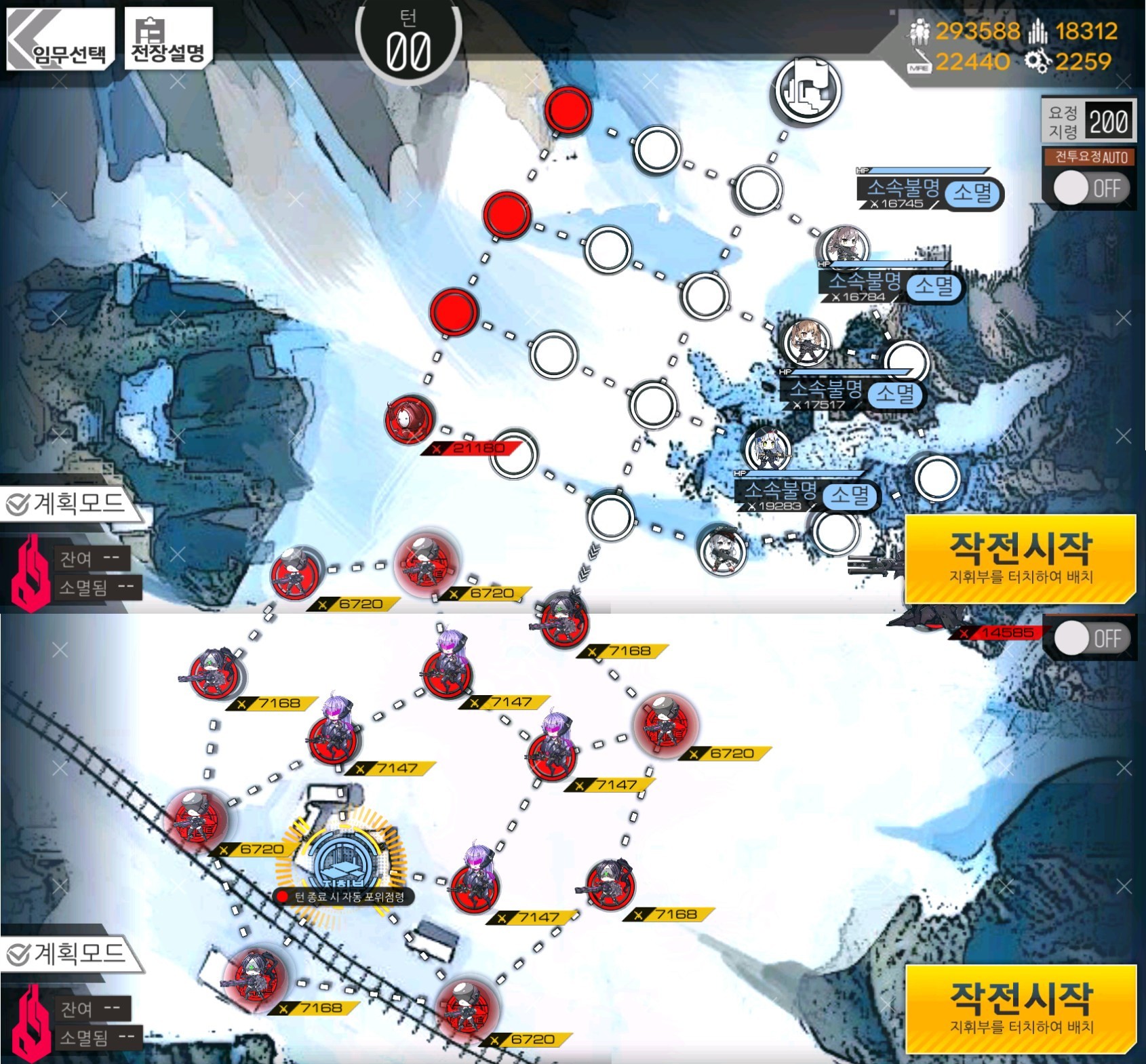 The last map of chapter 1. While it looks pretty annoying and imposing, this map isn't too bad. The idea for the map is that you need to have 404 do the supply line past the one way while you do that in the bottom half of the map. Because you start out surrounded by enemies, this can be a little annoying.

To start off the map, you need to understand how to make 404 do their jobs. The red Golyat that's near them functions as a lure for them while they're set to Eliminate. Thus, the idea is to set them all to standby, and when the red Golyat is in their row of nodes, set them back to Eliminate. Once they take the node you need, they'll be transported out. That's 404 covered, but what do you need to do on your side of the map?

After, the rest of the turns should just be spent defending your Command Center while building a supply line. The bulk of the work should be done with one echelon, the other needs to be on the Command Center pretty much the entire time. If you have more combat echelons, do deploy them. It makes things a LOT faster.

I personally like making the supply line run through the north of my Command Center, as you can get some decent positioning from that. Just slowly build your way up to the one way.