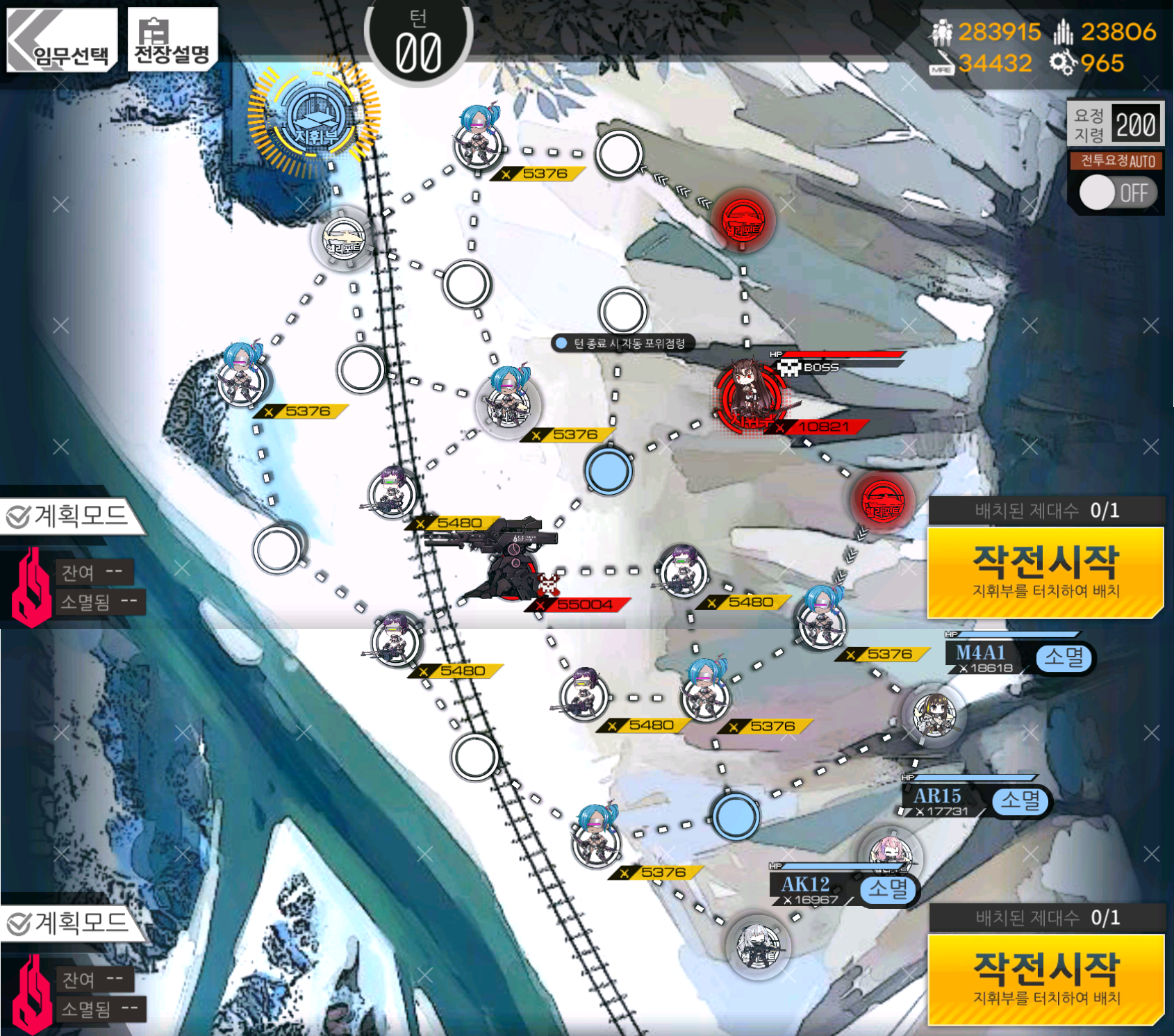 Oh boy, the map that's usually just skipped with a parachute. There's a reason why most people will just tell you to use that. It's a map that's reliant on NPC echelons to capture the right nodes to surround a Jupiter Cannon. This means you gotta know how to make use of them. What could go wrong?

The map can be somewhat strict with its clear requirements. This is due to your Command Center being assaulted by an infinite number of scouts that spawn at a nearby heliport that you can't reach. Since you have only one echelon this is an actual concern. You have to balance defending your Command Center and influencing the NPC echelons correctly.

To start the map off, you'll want to take heliports. This means setting all of the NPC echelons to standby, since they'll move off the heliports if you don't. You should also be taking the heliport right next to your base.

Turn 2 requires you to make sure your heliport near your base isn't taken, as well as killing this Striker echelon: 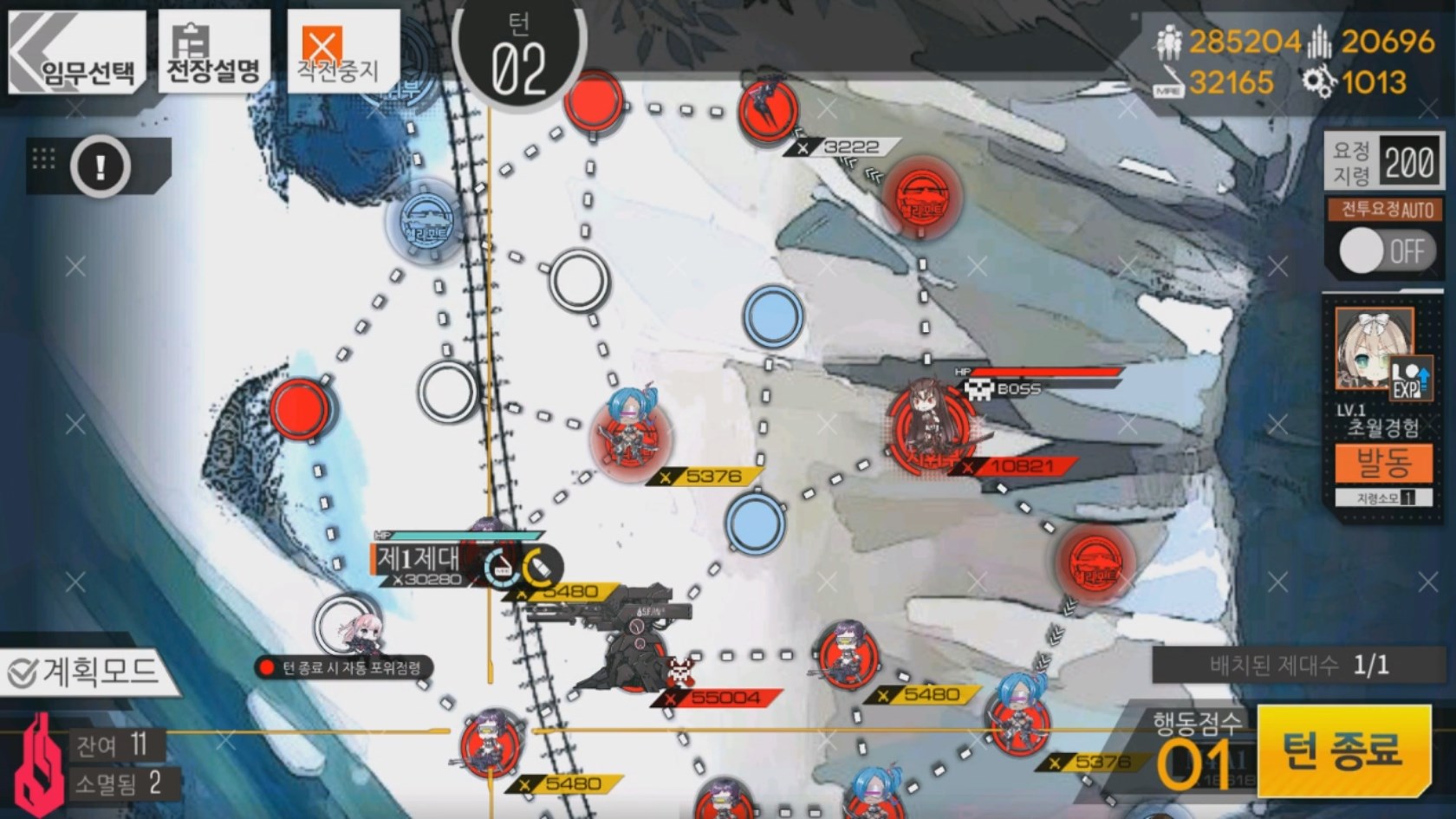 to prevent AK-12 from going for it. In addition to that, you'll want to make sure all of the NPC echelons are set to Eliminate so they can start doing their thing. Be sure to end your turn on where that Striker died, as you need that node to surround the Jupiter Cannon.

Turn 3 is when you'll start needing to work on the node to the left of the Jupiter Cannon. You should have enough AP to get back to the heliport you captured on turn 1 and then clear out all of the enemies around it. You'll want to end your turn on the other heliport there 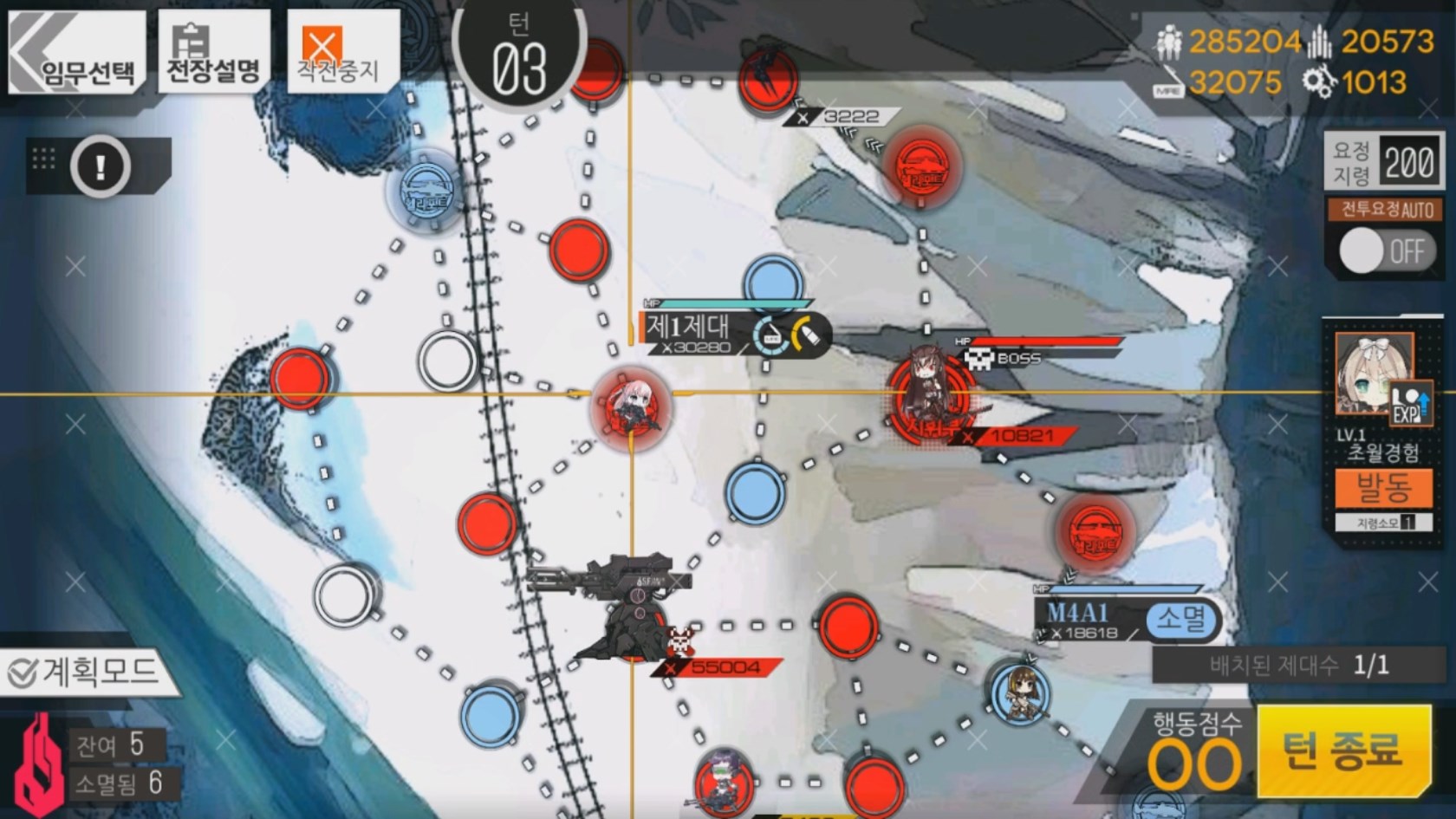 Since the node next to the Jupiter Cannon will get surrounded if you don't capture that heliport.

Turn 4 is where you'll take the last node for the Jupiter Cannon. The other ones should be taken care of by the NPC echelons. Just be sure you make them standby if they're next to a Jupiter Cannon. It doesn't really matter, I don't think, but do you really want to send M4 or AK-12 to their deaths?

Turn 5 and 6 should be simple. Make sure your Command Center is safe, and after the Jupiter Cannon get surrounded, push through it and fight Elite Executioner. She should be easier than the one that appears in Cube+, so if you need help, check out Cube 2-2's guide. Or an enemy listing if we ever make one.

Video of me clearing the map