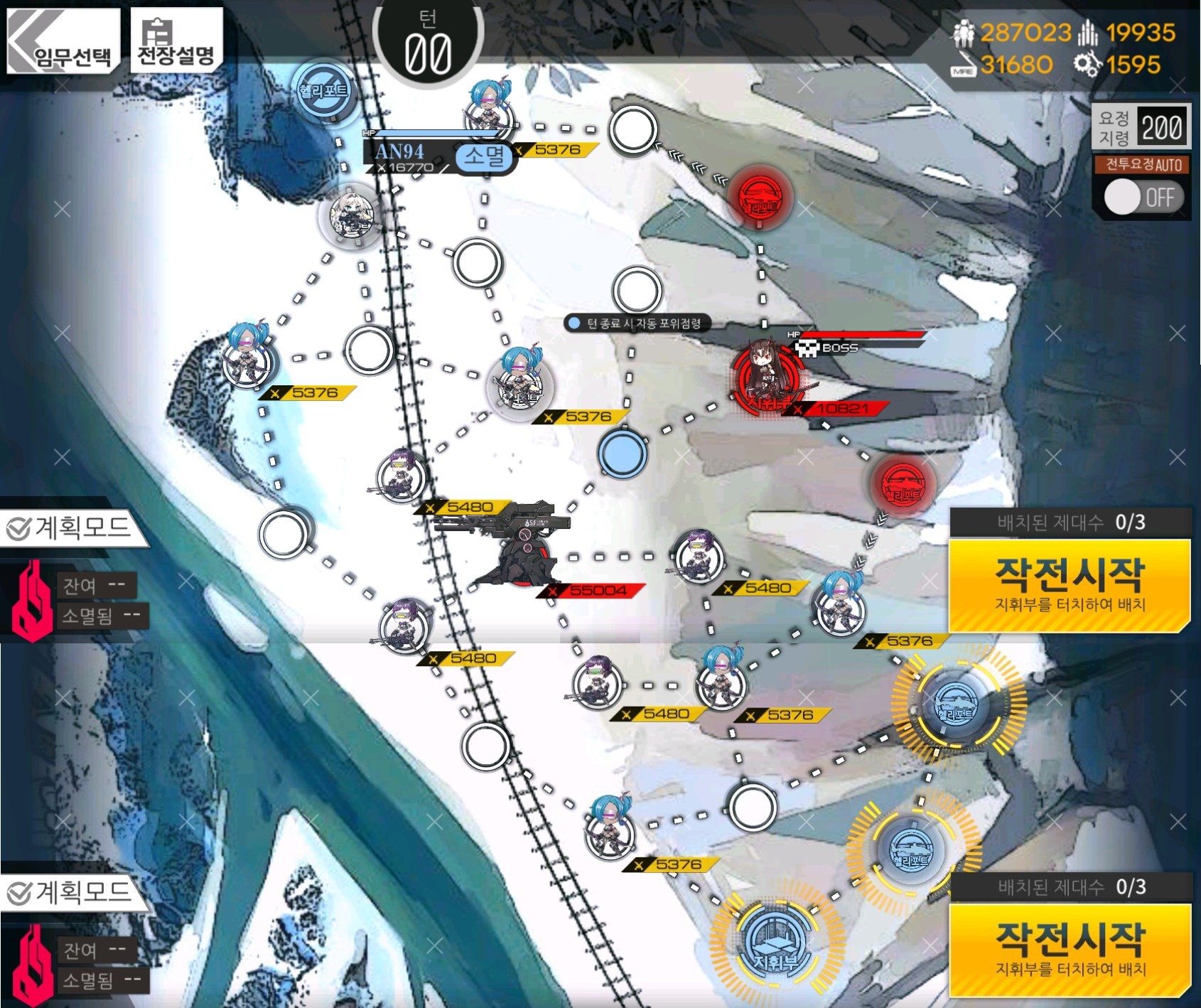 Oh hey. This map again. Now you get to be on the other side of the map. That means this time is about 20x less terrible since you can do all of it yourself, thank god. Same premise though. Surround the Jupiter Cannon and then proceed to Executioner.

With the amount of AP you start with, you can make good progress on surrounding the Jupiter Cannon on turn 1. You'll want to kill all of the enemies near your starting location immediately. This will prevent a lot of nodes being taken, making it much easier to get the surround off.

The echelon you deploy on your Command Center should start working its way up to AN-94 so they can take the node for the Jupiter Cannon on that side of the map. On turn 1, after killing all the stuff around your base, you should still have enough AP to get to the Striker echelon right next to the Jupiter Cannon.

Turns 2~3 is just moving to the last few nodes you need for the Jupiter Cannon surround. Ensure that you won't lose your starting heliports while working on the last two nodes.

After those two nodes are taken, you can proceed to Executioner. As with the other version of this map, she's weaker than her Cube+ appearance.

It's the same thing as last time. Parachute to one of the heliports next to her and bypass the entire map.