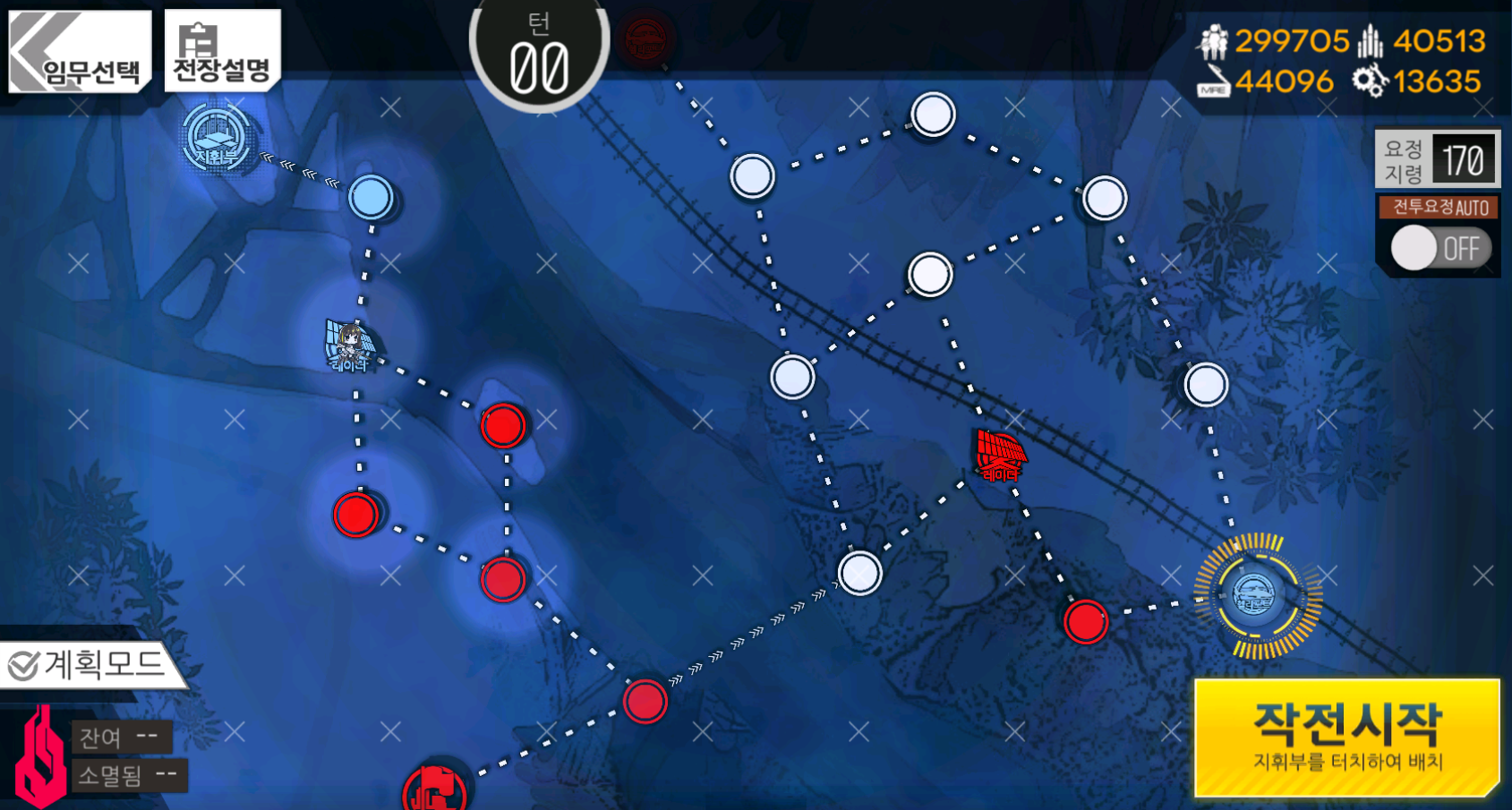 Look familiar? Cause it's another one of those maps that were used in a different route. This time you get to be the bait for Gager instead of the NPC echelon.

The main idea here is that M4's squad is going to head directly to the Rally node and surround it (while pursuing the boss). Your goal is to use the heliport that you start with to put a unit in a place that the boss will chase. Once the boss moves past the one way, you're pretty much in the clear.

To accomplish this, on turn one just move to the Radar Tower with your echelon. That's it. The boss will go through the one way and you can now retreat or just back off so you don't die to the boss. Cause the boss will fuck you up. M4 will take care of the rest of the map. Just don't do something silly like change her tactics.