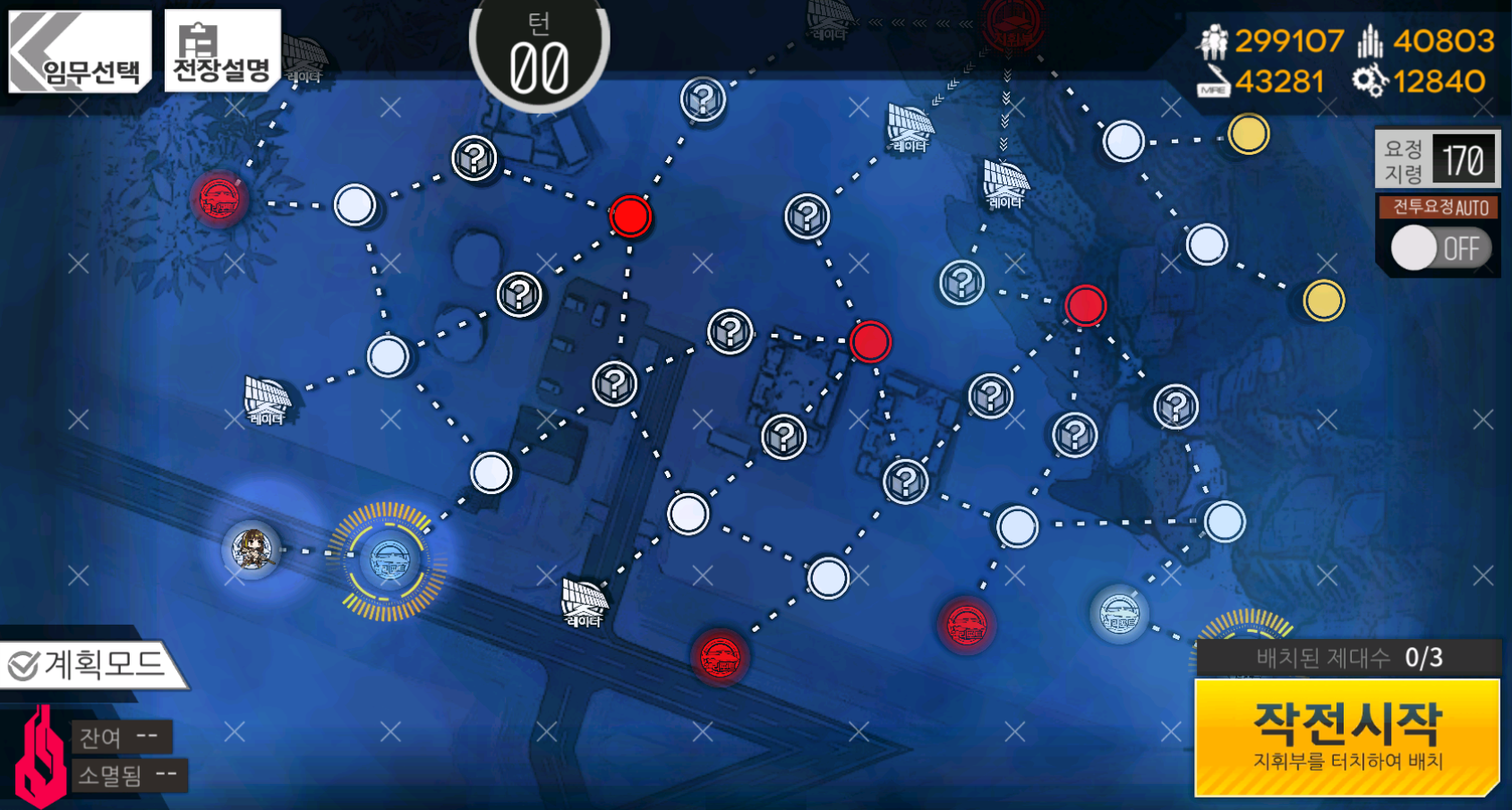 Hey. It's this map again. Well, it might be the first go at it if you chose this route first, so here we go.

The idea for this map is to get the Military units past the one way to capture the enemy Command Center. To do this, we need to take one of the Radar Towers that are positioned near said Command Center. This time however, we're not gonna be having 404 fight the Red Golyat guarding the path up.

As per last run, we're going to be heading up the right side path to the Radar Towers. Instead of using an NPC echelon, we're going to be using a dummy echelon to bait the Red Golyats away from the choke point. Clear out one of the random nodes, since it's likely to be an ambush, and position your dummy next to the Golyat. Move your main echelon away and let the Red Golyat attack your dummy. After that, you can proceed to the Radar Tower.

Once you've stood on the Radar Tower, you'll recieve control of one of the Military units. It's important that you set them to Standby prior to the turn ending. If you don't, the boss will absolutely delete them, ending an easy clear. Provided you do leave them on Standby, you'll be attacked by the boss instead. This will free up the enemy Command Center to be taken by the Military unit. Set them to Capture HQ, and spam end turn until you win.