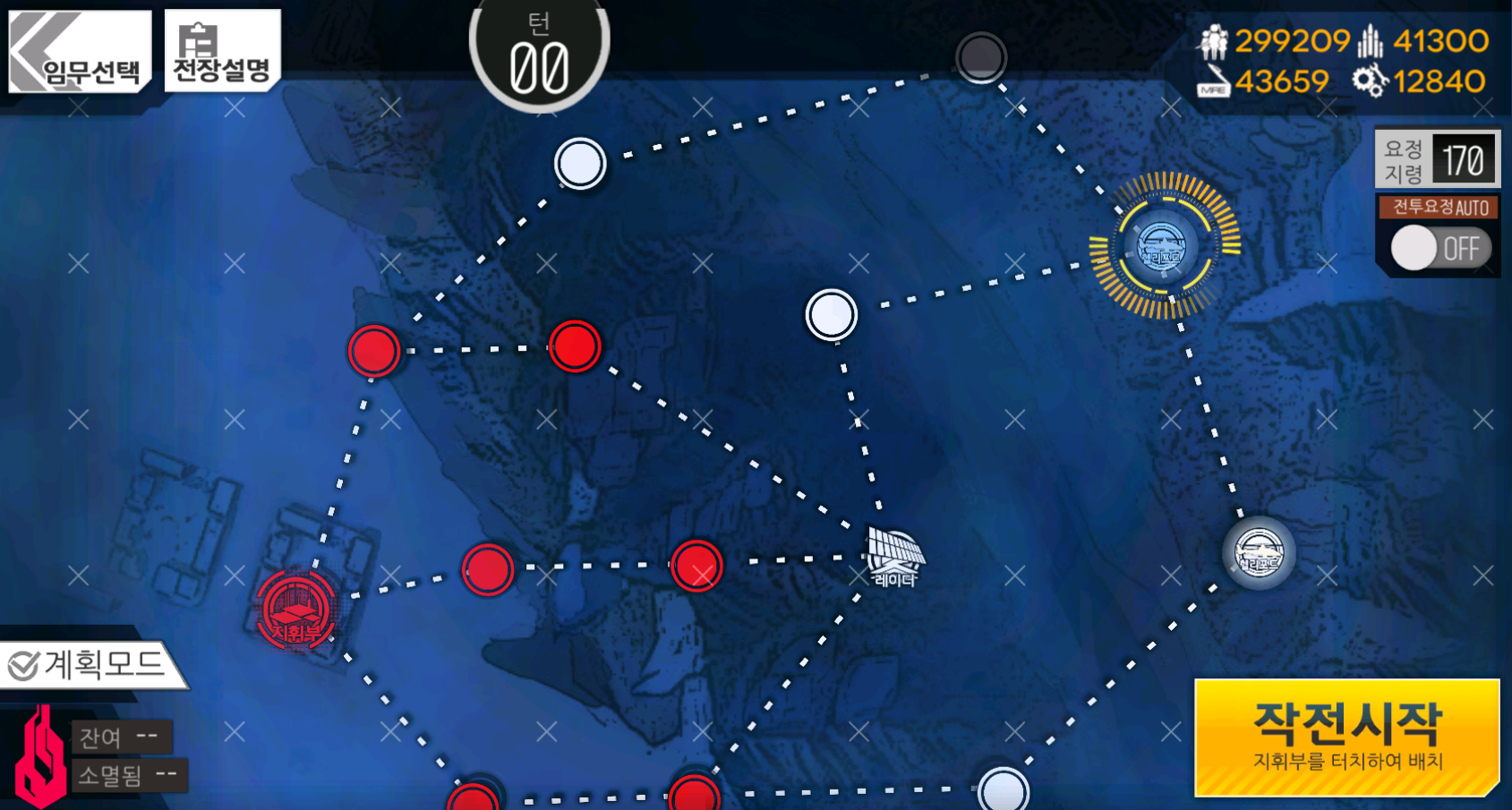 This map is "guess which path isn't blocked by a Red Golyat". Fun. Thankfully it's heavily weighted to the top most path, from what I've seen. HOWEVER, this isn't a sure chance. Therefore, it's best to take the Radar Tower to give you vision on which direction path to take. Or use an illumination fairy. It doesn't really matter.

You'll want something to defend your heliport, since you really don't want to be limited to one AP per turn. So the general idea is to do the standard move one space and deploy second echelon strategy. It's best that you take the heliport south of your starting one, just for the bonus AP. On turn 2, take the Radar Tower to figure out which is the safe path. Turn 3, move through that path to the Command Center.