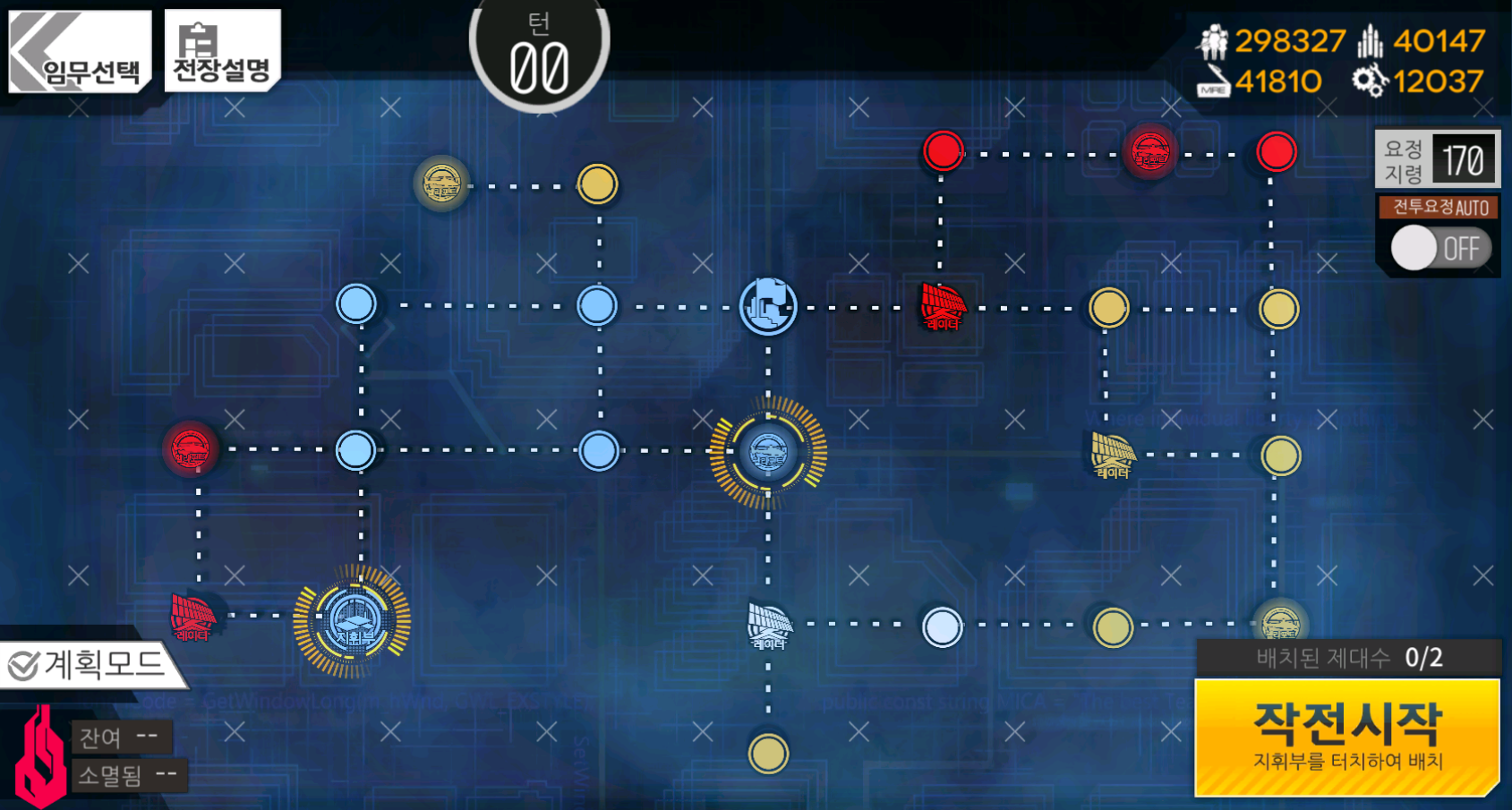 A very tight map timing wise. If you lose the supply line once, it's game over for you. Your turn 1 priorities should be making sure that your Command Center is safe and the supply line isn't in immediate danger. The two things that can disrupt this is a Sangvis unit to the right of the Rally node and the two Sangvis units on the red nodes next to your Command Center.

The Military unit south of your starting heliport won't move since it needs to take the Radar Tower it spawned on, so you don't need to worry about that. So, turn 1 should kill the Sangvis next to your Command Center and have a unit ontop of the Rally node just in case.

Turn 2 will have you defend the heliport you started with, as well as moving the echelon you deployed on your Command Center up to deal with the Military units that came in from the two yellow nodes north of your supply line. The Rally node should be safe, so it's okay to leave it undefended for now.

On turn 3, once you've dealt with the two Military units, you can now just defend the heliport and Rally node until the objective is complete.