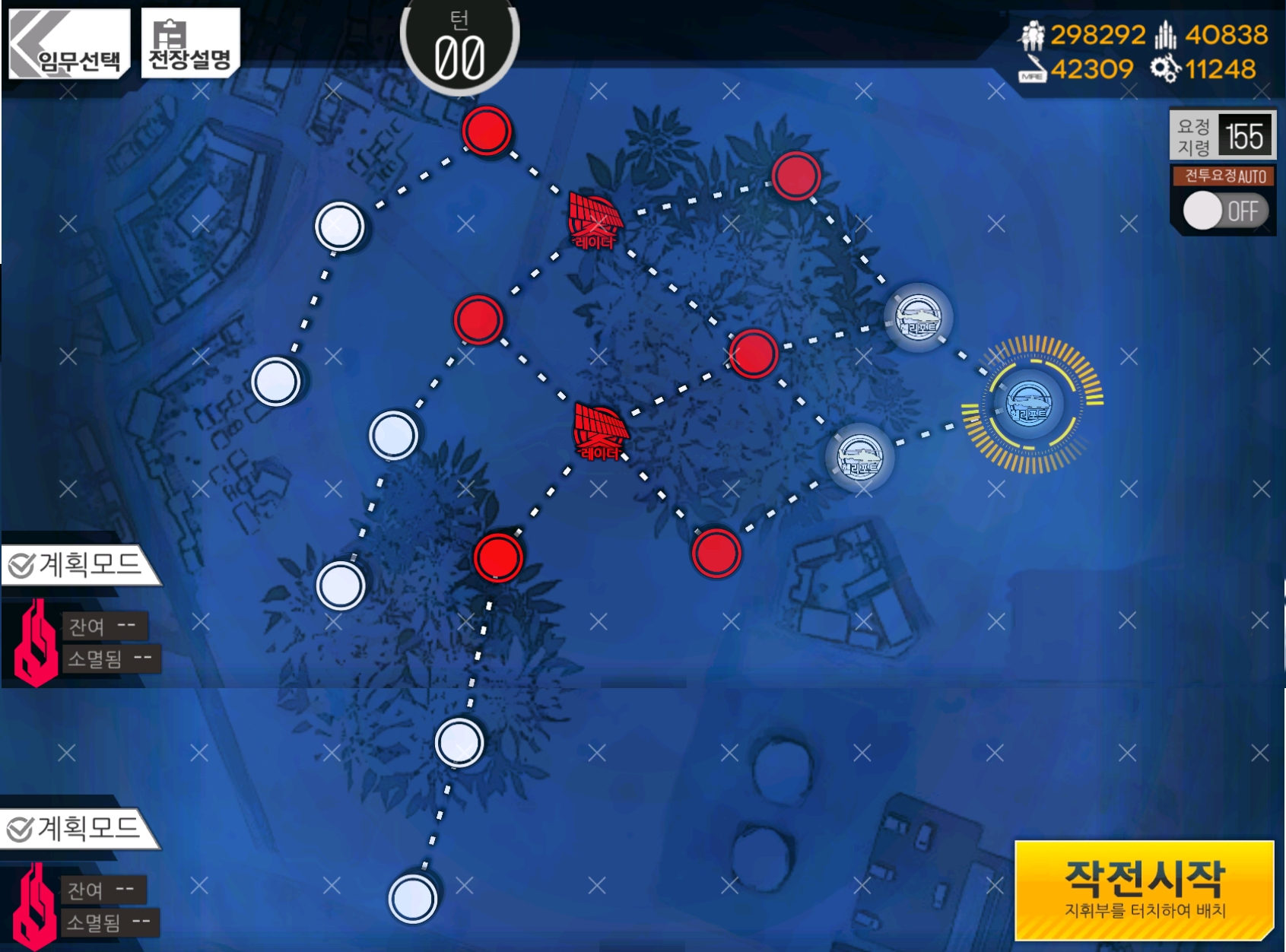 There's 4 set spawns in this map, one nearby each of the uncaptured heliports next to you, and one on each of the two Radar Towers. The other two spawns are down any of the dead end pathways that trail off the map. Do note that the set spawns do not move unless you're within their aggro radius.

Assuming you use two combat echelons, you can fan out and quickly take care of the enemies that are set spawns. You'll want to secure the heliports around your starting heliport for the extra AP, so that's priority number one. This will also get the enemies to come to you, cutting down the AP costs.

On turn 2's start, pay attention to any nodes that got taken during the Sangvis turn. That's your signal on where the remaining two random spawns are. It should be easy to get to them, since you need to kill the two enemies on the Radar Towers. Depending on where the random spawns are, adjust your movement according to which dead end they pop up at.