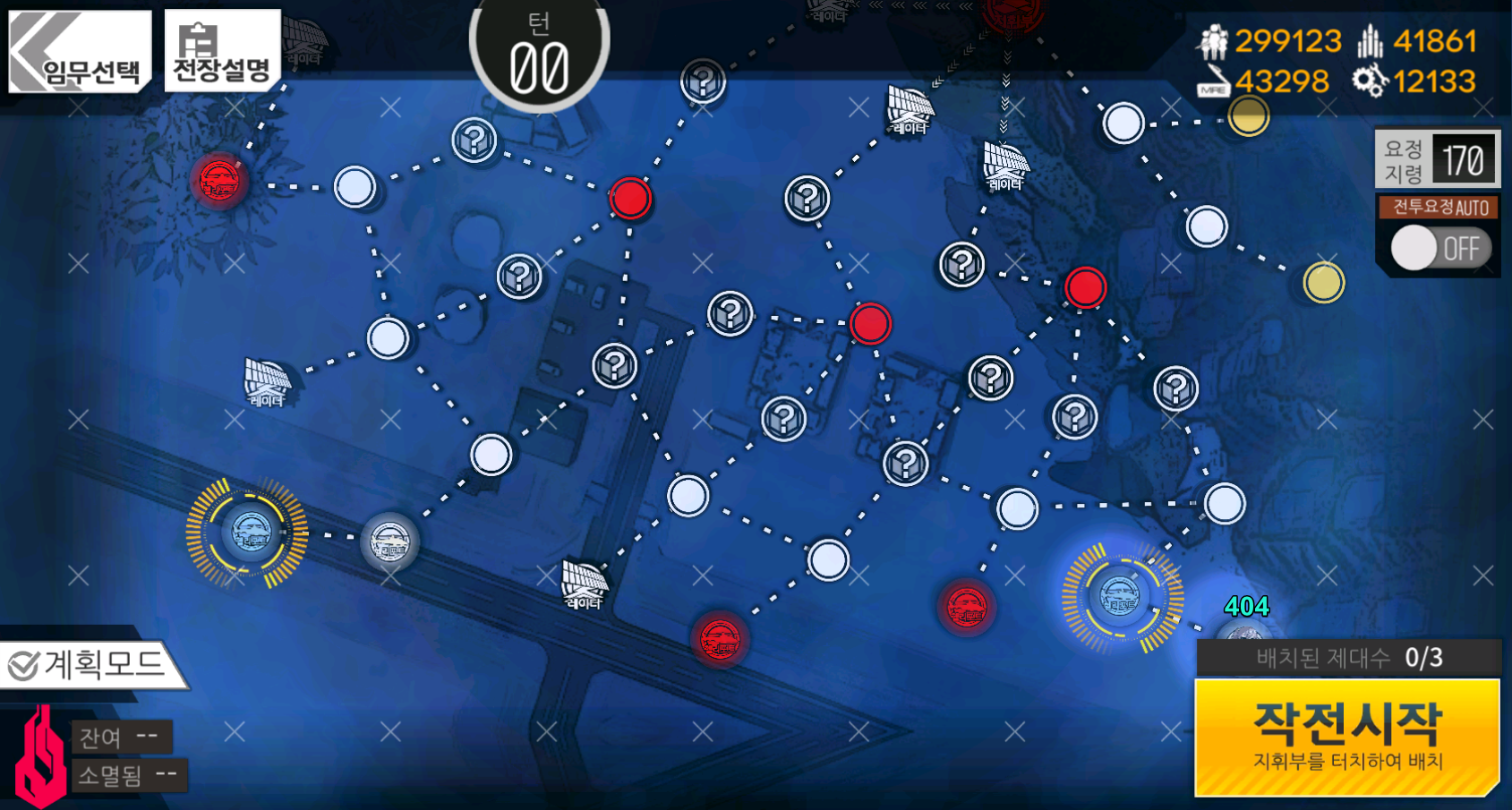 Big scary map. Jokes on them though, this is quickie. The main idea for this map is that you want to take one of the Radar Towers near the enemy Command Center. However, they're guarded by Red Golyats, making things somewhat harder. Thankfully, 404 shows up to make this a cakewalk. The NPC echelon that makes up 404 has enough firepower to kill the 52k CE Red Golyats, and even if they didn't, they'd still be able to finish the battle...probably.

So since they start on the bottom right of the map next to one of your starting heliports, you'll want to go from that side of the map. Doing some swapping around with your combat echelon and a dummy, you can get them to fight the Red Golyat immediately. One important thing to know when fighting the Red Golyat, is that you want to move UMP45 down to 2 during the battle. This is because there's absolutely 0 chance of the Golyat dying prior to getting to the echelon. It should die before it gets to SAA, so don't worry about that.

Once you've dealt with that, you can stand on the Radar Tower and recieve control of one of the abandoned Military units past the one ways. You need to set them to standby before the turn ends though. This is because if you don't, the boss will go after them and absolutely delete them. You want to fight the boss before setting them to HQ Capture.

The boss itself is just Gager with the added bonus of Intruder with her. Not too hard. After that's done, you can set the Military unit to HQ capture and spam end turn to win.