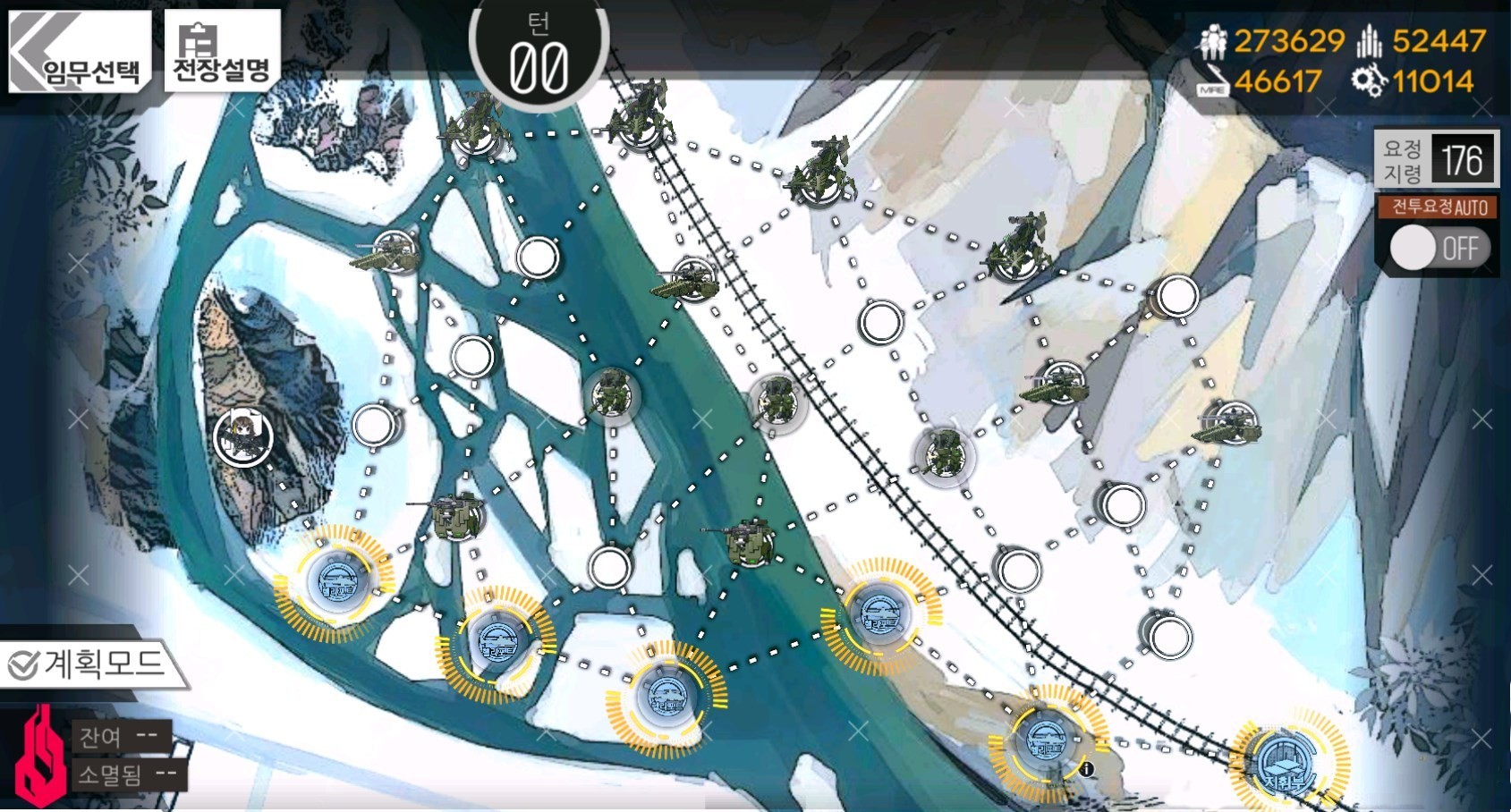 Hey. It's me, ur heliport. You start off with a metric fuckton of AP, and you best put it to good use.

You start with the supply line pretty much finished, but you're under assault by the Military quite quickly. Your main concerns are all of the enemies near the supply line, as well as the Typhons that are pretty close. Since you start off with 12 fucking AP, assuming you use 3 dummies, you can pretty much eliminate most of the map in one turn. Which...should be your goal. Ideally you'll kill all of the Typhons in one turn, along with most of the other Military units near your supply line. On turn 2, you'll eliminate all of the Hydras.

However, you don't actually need to kill all of the Military here. You can abuse aggro mechanics to keep the Typhons/Hydras away from the supply line. I'll cover it in brief after the bits about killing Typhons/Hydras. Do note that I'll cover avoiding the Typhons only. You should be able to field a RF echelon that can deal with Hydras by this point. It is possible to avoid both, though.

Thattttttt's about it. However, Typhons aren't quite as easy as they were earlier. Well, assuming you didn't run your face into the Hydra+Typhon clusterfuck in chapter 2.

The easiest way to deal with them is to use Contender with AP ammo, along with MGs. The way this will go is:

First, your MGs will burst down the small amount of reinforcements that come with the Typhons. The reinforcements being the Aegises and the Ceretyuses.

Second, you'll retreat all of your units except for Contender. She's gonna solo the Typhons.

Third, have her get as close as you can to the set of three Typhons. This means staying in the middle or back column, so you have to run up to them as far as possible. Once you're not moving forward anymore, move to tile 3. Assuming you've gone far enough, the Typhons can't attack you anymore. So you go and grab a snack or something while Contender kills them. Real boring.

These are considerably simpler. You can use either RFs or MGs to clear these, but generally I'd recommend using firepower boosting RFs. Stuff like Lee Enfield or even an IWSxodia are best to deal with these guys. Just don't let them fire on you, and you'll be fine.

The plan is simple. We bait the Typhons. Your main goal on turn 1 if you do this is to clear out the Hydras in the back of the Typhons while killing off a few of the smaller Military units near your supply line.

On turn 2, you can retreat all of your dummy echelons that you were using for AP so the Typhons don't bother the supply line. From here it's just having your remaining echelons be behind the Typhons to have them go after them instead of disrupting the supply line. Just be vigilant on if a Typhon can attack you since there's a lot of crisscrossing routes on the nodes. If you need to, deploy a dummy on a Heliport for some insurance. Just be aware that a Typhon can go after it.