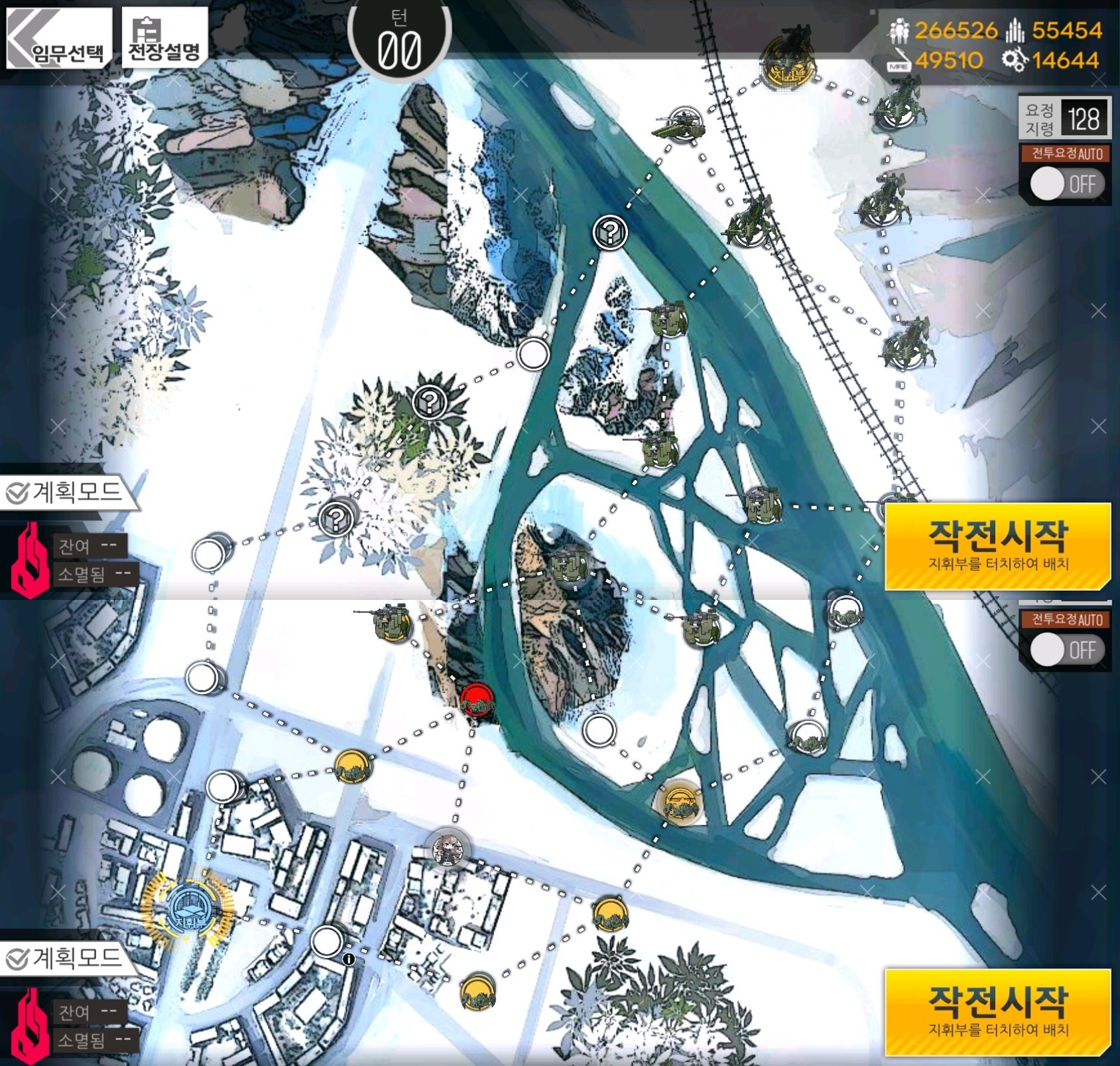 Note: You can use an AR/SMG if you're not able to deploy a second MG/SG. Only reason why it's recommended to use two is to avoid damage from the Dactyls. A weaker AR/SMG team will need to manipulate your T-Dolls targeting to make them switch to the Dactyls. All you need to do is momentarily swap the positions of your 7 and 1 ARs and switch them back immediately so they don't actually move. If you'd like a visual representation, check the video. This means you can run 2 AR/SMG echelons instead of MG/SGs.

Thematically, a cool map. Practically, why do you want to waste my ammo? The idea is that you want to use these random nodes 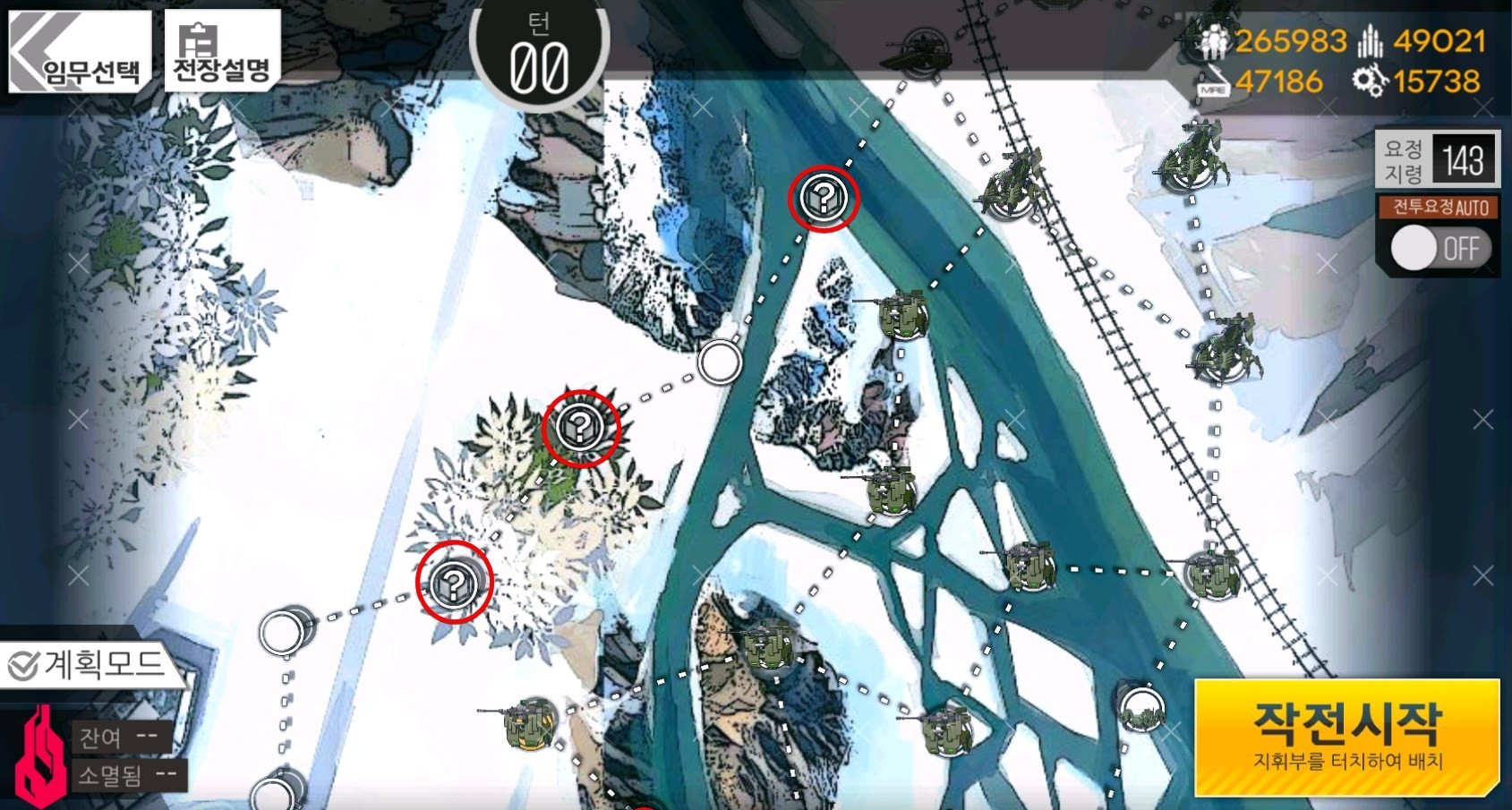 to trigger (I think? I can't read korean and this is what it says on namu) collapse fluid bombs that wipes out the army. Going with the theme actually makes it quite easier to clear, but it eats ammo HEAVILY. Each random node will deduct 750 ammo from you, so it's a pretty high price to pay. I'll be using this strategy (even if it hurts me internally) in this guide since it does make things much easier.

Just as a fyi, the hostage in the map (UMP45) doesn't actually do anything. You can ignore her.

The first order of business for this map is to get your Command Center secure. You're going to be set upon by Dactyls quite early, so you want to have something on your Command Center to defend it. As soon as you have your two echelons deployed, make a rush to the random nodes pictured above to kill all of the enemies on the map. Just be aware that the Typhon does have an aggro radius, so you'll want to back off once you've gotten the last random node.

Once all of the bombs have been detonated, you can now make a rush to the enemy Command Center with your echelon that was defending your Command Center. Just be sure to be careful of the Typhon.

Alternatively to the strategy used above, you can just rush the enemy Command Center with a RF or MG echelon. Whatever can kill the Hydras. Your call.