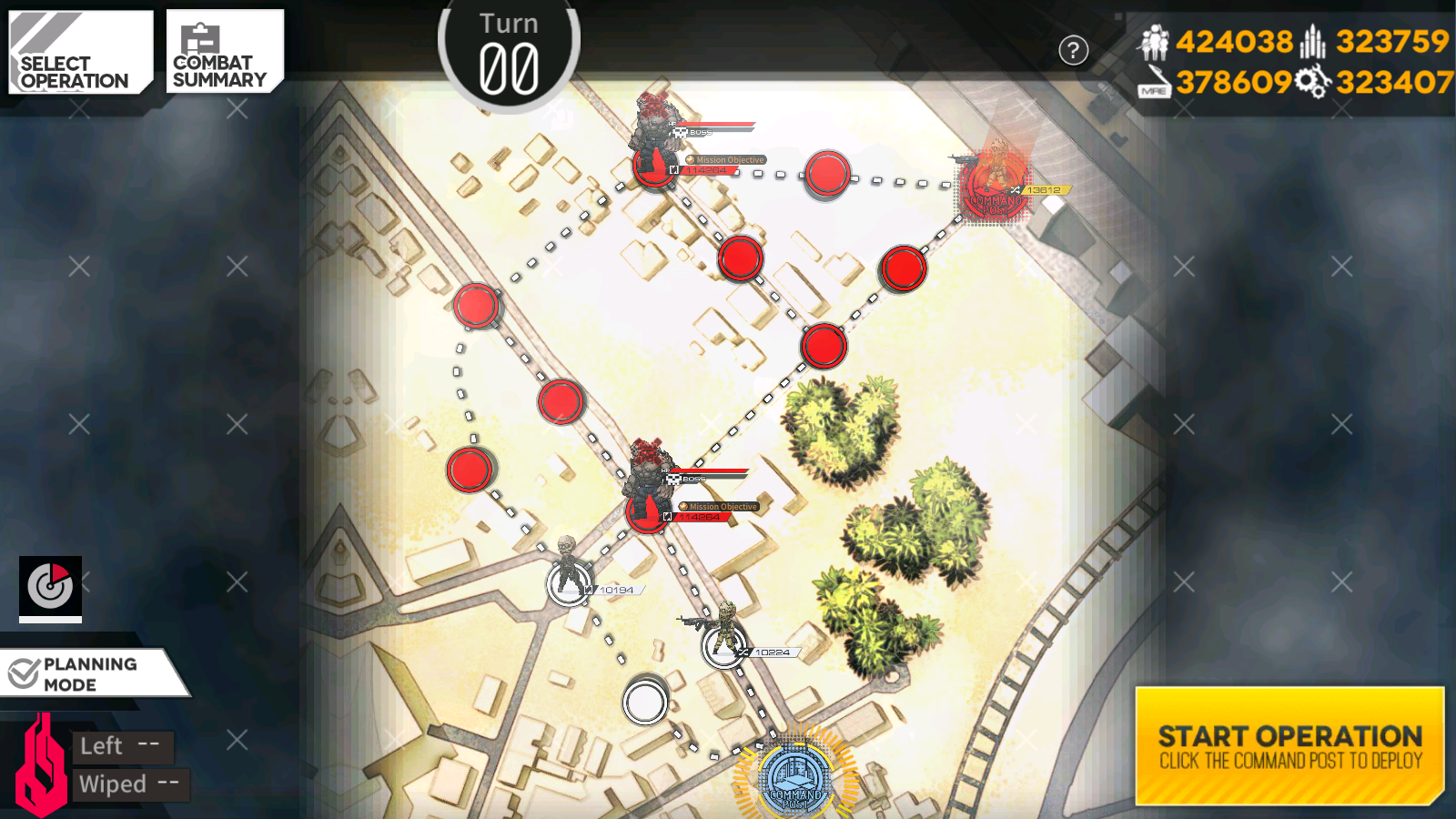 This objective has you try and get to the Command Center to take it. The simplest way for you to do this is to clear the first Smasher that's near your Command Center, and then go down the path that doesn't have the unmarked Smasher (the higher CE one) towards the enemy Command Center. Either path is safe from the marked Smasher if you don't waste time. Since encountering/killing that Smasher will fulfill objective 2, you'll want to get past its patrol area as soon as possible.

Objective 2 has you fight two of the Smashers. Both of the marked ones are fairly weak, despite their high CE. Most of their CE is put into HP, so don't worry too much about killing them. The best tip I can give if you have some issues is to move your formation into a "C" shape once the battle starts. If the extra zombies they spawn cause issues, retarget your ARs by moving them off their tile and back quickly so they can kill the trash zombies.

As for the path for this objective, you can kill the Smasher next to your Command Center on the first turn like in objective one, then move to the second Smasher on turn two. It has a patrol path which will cause it to always be two nodes away from you, so there aren't many ways to fail this objective.