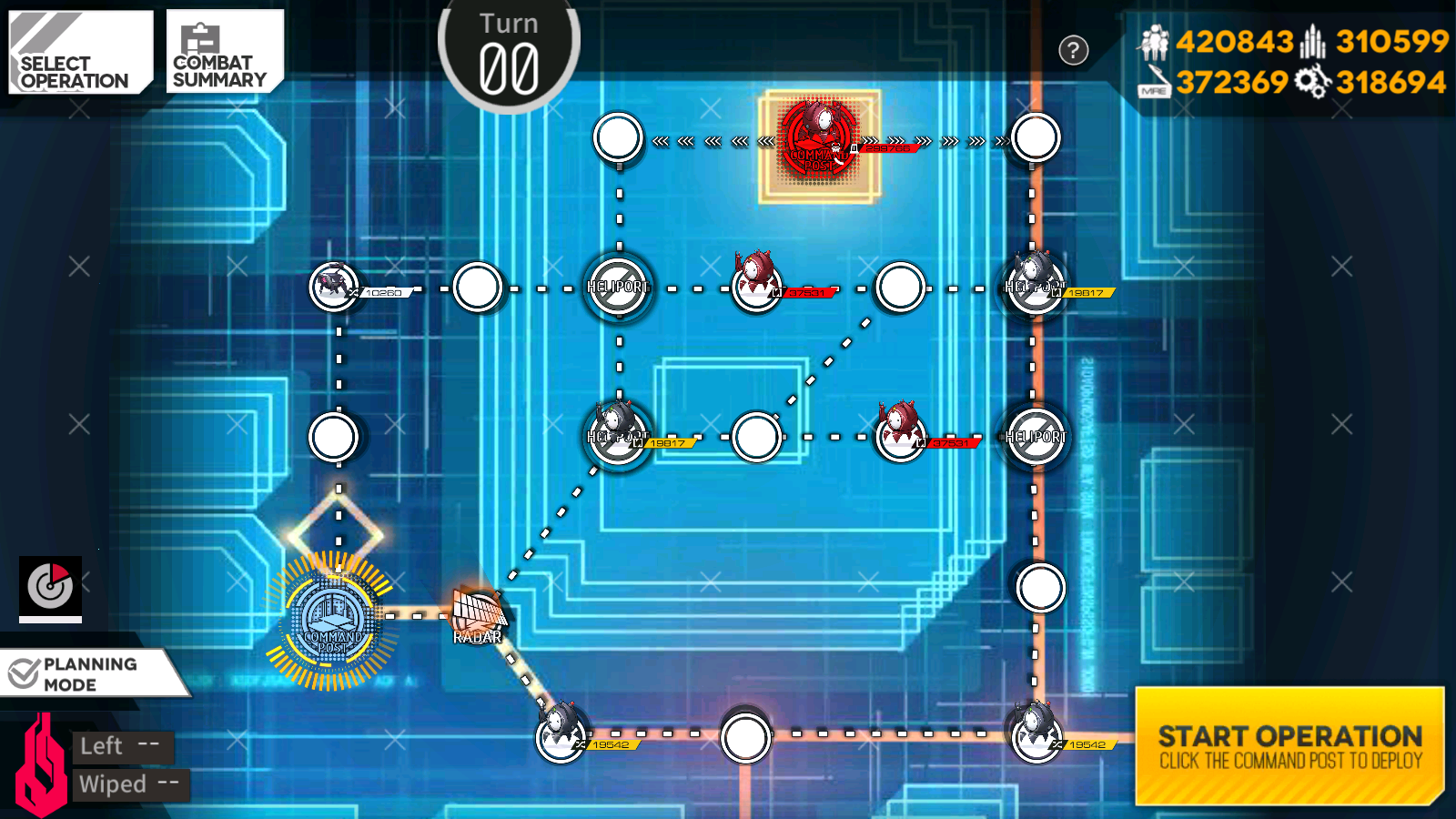 Objective 2: Elimination of all enemies, have designated Radar Tower in your control

Hope you enjoy red Golyat busting, because this map requires you to do it. The ones you're required to kill only have one red Golyat rolling through, so it's not terribly difficult to bust them. You've got two options at this point: make a Golyat busting team, or unga smash and hope for the best (and repair after each red Golyat). The unga smash method just involves you eating the red Golyat explosion (with heavy damage protection off) and killing the scouts that come with it, which is easy enough, I guess, but read on for a more elegant solution to the problem.

The main issue is that there are scouts behind the red Golyats, so you need to kill the Scouts before the red Golyat explodes all over you. My recommendation for this is using an RF and a molotov SMG to supplement the things you need to bring to bust the Golyat itself. You will need to retarget your rifle when the Scouts are in firing range to make sure she takes them out. You don't really need to do much else special for the fights (aside from the obvious: make sure your force shield is on manual skill). The team I used was Skorpion/Thompson/M14/Type 79/UMP45 in an "L" formation. The placement of T-Dolls doesn't matter too much, but make sure Thompson is in the 4 position at least. I let all of the skills play out automatically aside from Thompson's. Once the Scouts die, retreat your units. Having a higher skill level flashbang and smoke grenade is helpful. If you're struggling to kill the Scouts, or want more time to retreat your dolls, consider using an airstrike fairy. It can help a little.

Since we're not doing elimination, we can ignore a lot of the enemies on the map. Most of them can't move, so they don't pose much of a threat. Most of our focus needs to come to the middle of the map. We have time until the red Golyat sitting on the Command Center moves away; it changes its alert radius to cover the entire map on turn four. So we need to prep the map until that time. This prep consists of killing the Golyats that patrol the middle of the map. That way we have room to manipulate the red Golyat later, as well as have an easier time capturing the nodes we need.

For turn one, we need to get our two echelons that we'll be using out. Move to the Radar Tower with your combat echelon, then deploy your Golyat buster. On turn two, we can send in our Golyat Buster to do its job. Move it up to the closed Heliport above the Radar Tower via swapping, with your combat echelon right behind it on the Radar Tower. With your remaining AP, deploy a dummy echelon. On turn three, we have the last turn to prep the map. With the remaining red Golyat off to the right side of the map, we should focus on the black Golyat, and on taking the other closed Heliport above the one we already have. It's free AP. Move your combat echelon up to the closed Heliport, and move your Golyat Buster towards the other red Golyat. With the remaining AP, move your dummy that's sitting on your Command Center and deploy another dummy.

On turn four, the Golyat on the enemy Command Center will change its alert pattern to the entire map. Now's the time to start setting up the capture of the enemy Command Center. We still have one red Golyat in the middle to kill, so do so with your Golyat busting echelon. You can end the turn prematurely here, since we need the Golyat to move to the left side of the map. Provided you left your combat echelon on the closed Heliport we took on turn three, it should move there. On turn five, we can take the node on the right side of the enemy Command Center. Move both your combat echelon and Golyat buster there to capture that side easily. With your remaining AP, move a dummy up towards the middle of the map. This will be the bait you need to ensure capture of the last node we need.

Yes, you read that right. All the enemies. Including the red Golyats. Thankfully, the harder red Golyat that's sitting on the enemy Command Center is not one you need to fight. You can despawn it using the Radar Tower, which means we have to bait it allllll the way from that Command Center to the Radar Tower. This gives you...ample time to just roam around and kill whatever. This means the main thing we need to do is get that red Golyat moving, and the rest is kinda...it happens when it happens.

To get it moving, from what I can tell, you just need to get to turn four. Once the turn starts, it changes its alert radius to the entire map. So you're basically free to do whatever until that point. Since the objective is elimination, that time is best spent trying to clear out the other units on the map. Our main focus should be in the middle of the map to take some of the closed Heliports for some extra AP.

Now we can kill a bit of time, so on turn three, we can deploy two dummy echelons from our Command Center. Ideally, move one echelon onto the Radar Tower so you can swap it around if needed. With the last bit of AP, we can take the closed Heliport above the one you took last turn. Either use your combat echelon or your Golyat echelon to do so. On turn four, the red Golyat on the Command Center will start moving. So keep your Golyat echelon in the area so you can have it be bait; you'll also still need to kill the other red Golyat that's in the area. Make sure you do that on turn five, so you don't have too much to worry about as we go forward.