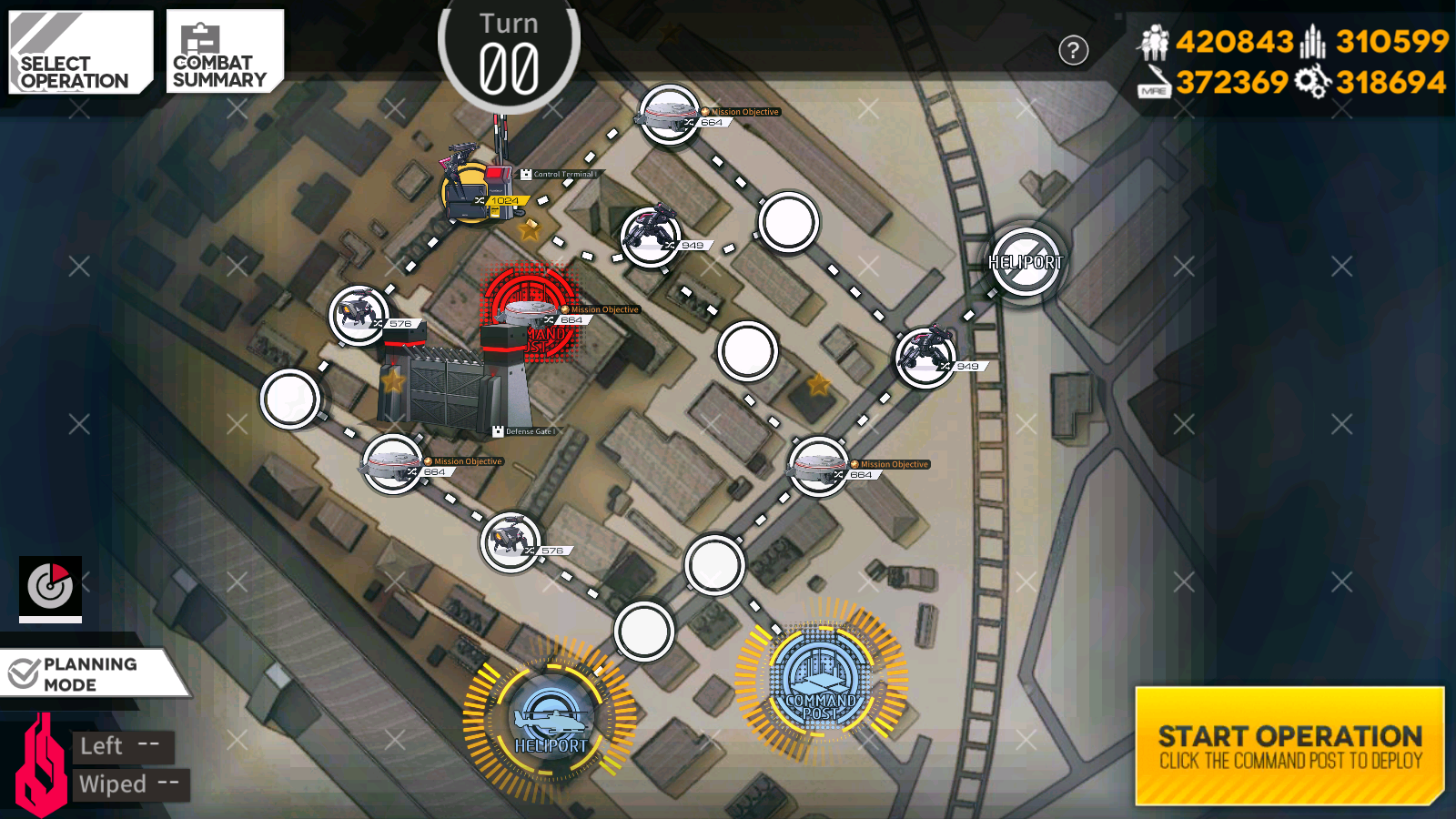 There's nothing too special about this map. All you need to do is go over to the only console on the map and use it to open the gate. You'll want to move the echelon on the Heliport you start with, since it keeps your Heliport from being encircled. When you get to the console, open the gate, and then head over to the enemy Command Center to take it.

If you're worried about the turrets, don't be. On normal difficulty, they have very poor accuracy and there won't be many firing at you. An AR/SMG echelon should be able to handle it just fine.

This objective is also pretty easy to do. There's four Pixis on the map, but we want to focus on the three outside of the locked gate. They don't move so it's not particularly difficult to catch them all. To start with, deploy your dummy echelon on the Heliport, and your combat echelon on the Command Center. Your first order of business is to take out the Pixis to the right of your Command Center, then head down towards the Heliport. You'll be able to resupply there on the following turn. On turn two, after you've resupplied, just follow a similar path as you did in objective one up to the console. The only difference is that this time you'll go past it to the node after it that has a Pixis. Once you've taken that out, the map will end.