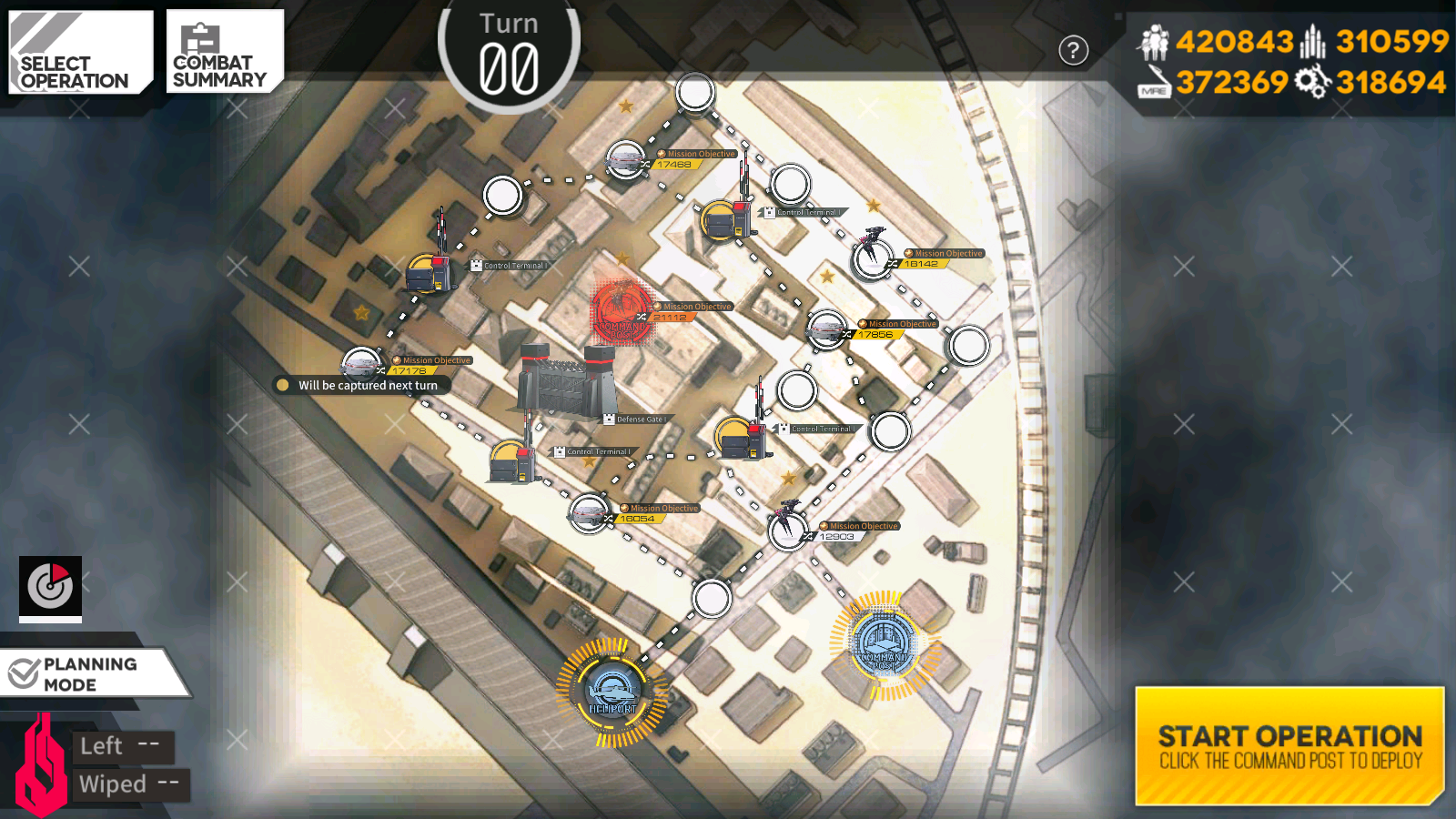 Unlike normal, on EX you actually want to use SGs to tank the Pixis turrets. You don't really need much, just two SGs in front. Ideally you'd use MGs for this bit, but ARs can get the job done just fine.

This isn't too difficult either, just make sure you don't accidentally kill too many enemies or you'll end up accidentally completing objective 1 instead. By the end of turn 3, it should look like this, with the control terminals numbered in activation order:

On turn one, spawn an anti-Pixis echelon on the heliport and a second combat echelon that can handle a scout on the HQ, move up both to spawn dummies, taking out the scout next to your HQ.

Turn two, loop around the command post and take out three (3) Pixis turrets, leaving your Pixis echelon northwest of control terminal I. You can enable it on the way.

Turn three, move your anti-Pixis echelon to CT IV, but don't activate it yet.

Move your second combat echelon onto CT II, activate it, then move it to CT III and activate it as well.

Now your anti-Pixis echelon can activate CT IV, and the gate should open. Now you can move up the second combat echelon one tile onto the gate, and surround capture the command post without fighting by ending the turn.