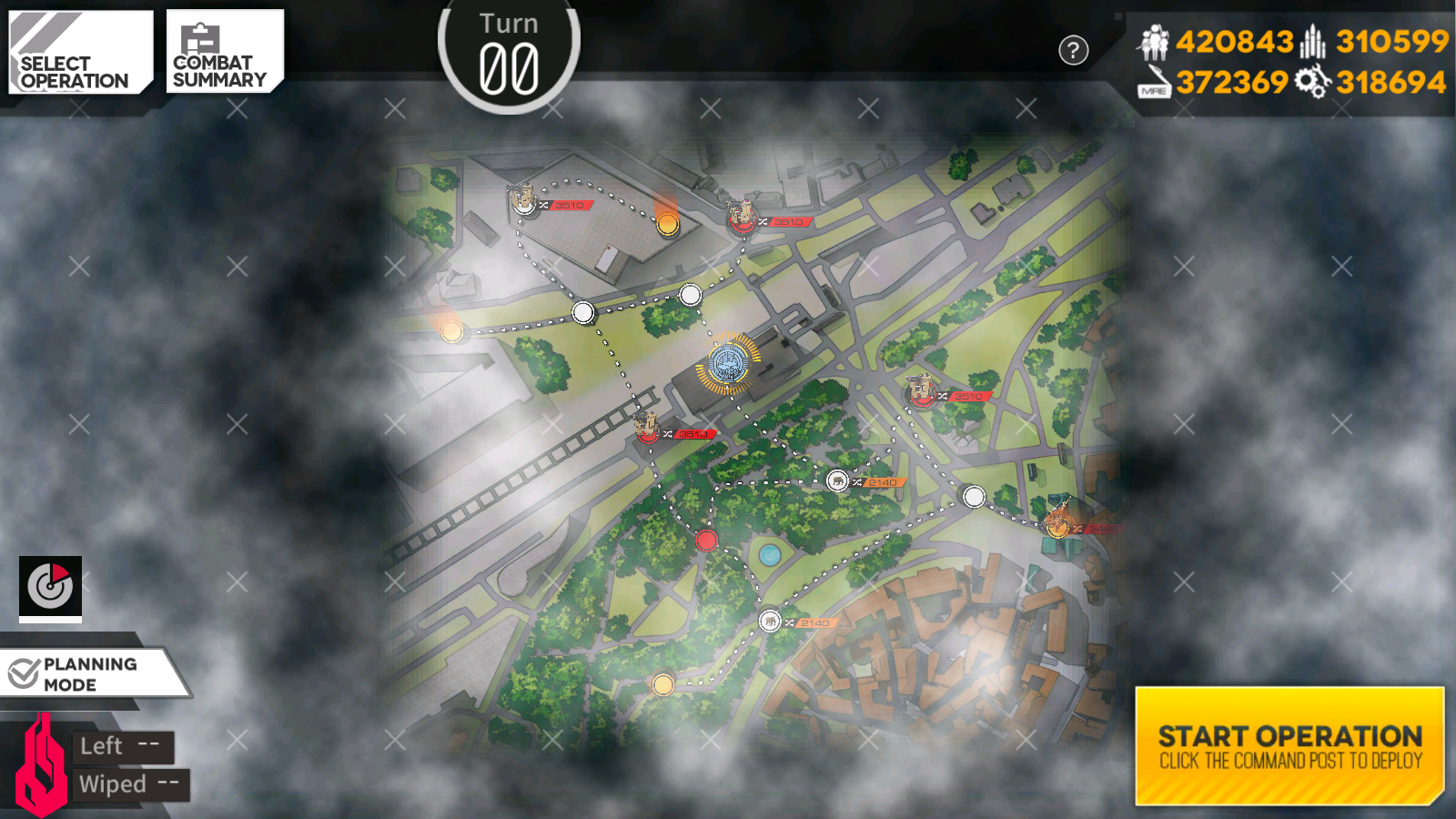 Well...for this objective, we're tasked with silvering the map. Overall, it's pretty simple. We want to abuse the surround capture mechanic as much as we can to speed up the process and also eliminate enemies to prevent them from retaking nodes. To get things rolling, we need to send one echelon up to the top half of the map while sending another to the bottom half.

On turn one, move your deployed echelon up one node and deploy your second echelon. You want to defend your Command Center and have the ability to split your echelons up to handle each half of the map.

For turn two, move your top echelon left one node to keep surround capturing things, and then send your second echelon down. You'll likely want to head to the left side of the bottom half of the map so you can complete a surround capture of the node connecting the two sides, as well as eliminate some of the trash. With your remaining AP, you can deploy a dummy echelon.

On turn three, move the echelon in the top half of the map up one node to wrap up the capture there. Move your second echelon down one node so you can surround capture another node. Assuming nothing moved there, send your dummy echelon to take the closed Heliport. Your map conquest should be almost done by now, and on turn four you can wrap it up.

This objective is fairly similar to the first one, but we need to just take the marked nodes, which is a lot less work. We want to recreate the opening we used in objective one, so I'll copy it here.

On turn one, move your deployed echelon up one node and deploy your second echelon. You want to defend your Command Center and have the ability to split your echelons up to handle each half of the map.

On turn three, we can finish getting the last two nodes we need. You should have enough AP to just walk over to the marked nodes with your echelons. Take the nodes to end the map.