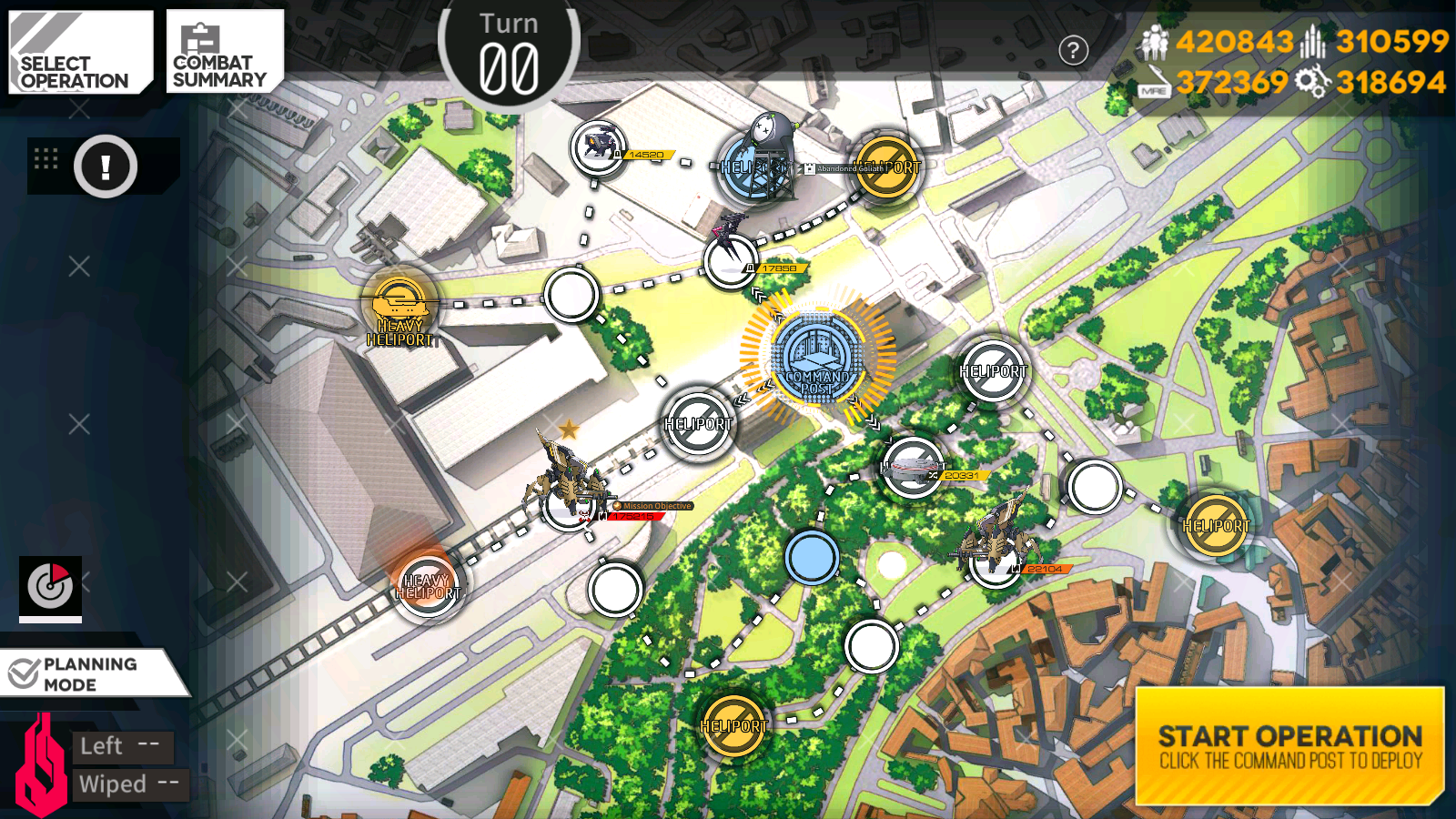 Objective 2: Capture all designated nodes within 5 turns and eliminate all enemies

So you may be wondering, "what kinda dumb shit do I need to do to get that Manticore to move to that closed Heavy Heliport?" Well, thankfully, it's insanely simple. All you do is move to the bottom right one node. Yup. Just kill that Pixis Turret and end turn. You win. Congrats.

So now we have the real fun bit of this map. Now we need to capture pretty much all of the Heliports/closed Heliports and their variant types on the map. I know the designation is a bit hard to see on the provided screenshot, but let's just assume its every Heliport type that's on a dead end. We got a lot to do in five turns, so let's get this rollin'.

On turn one, we need to capture the Heavy Heliport. It'll give us bonus AP and we need it to deploy a HOC for a little bit of extra node capturing ability. Move two nodes over to it and surround capture it. On turn two, pull out a HOC and use it to grab the dead Golyat. We need it to explode the very big and mean Manticore that's roaming around. That'll take up all of turn two, and some of turn three. To actually explode the Manticore, you need to be next to it, so after you've thrown out the Golyat on it, you should be next to the closed Heavy Heliport from objective one. Move your HOC to surround capture it and move your combat echelon to the right to surround capture the closed Heliport off on the right with your remaining AP.

Turn five is our last turn, so we need to wrap things up nicely here. There's one remaining Heliport and enemy to take down. So all we need to do is take your combat echelon through the Pixis turret and then wrap around to the last closed Heliport we need on the bottom right. You can move your HOC over there too if it makes you feel safer about ending the turn and not getting the objective for some reason. Capturing that closed Heliport will end the map.