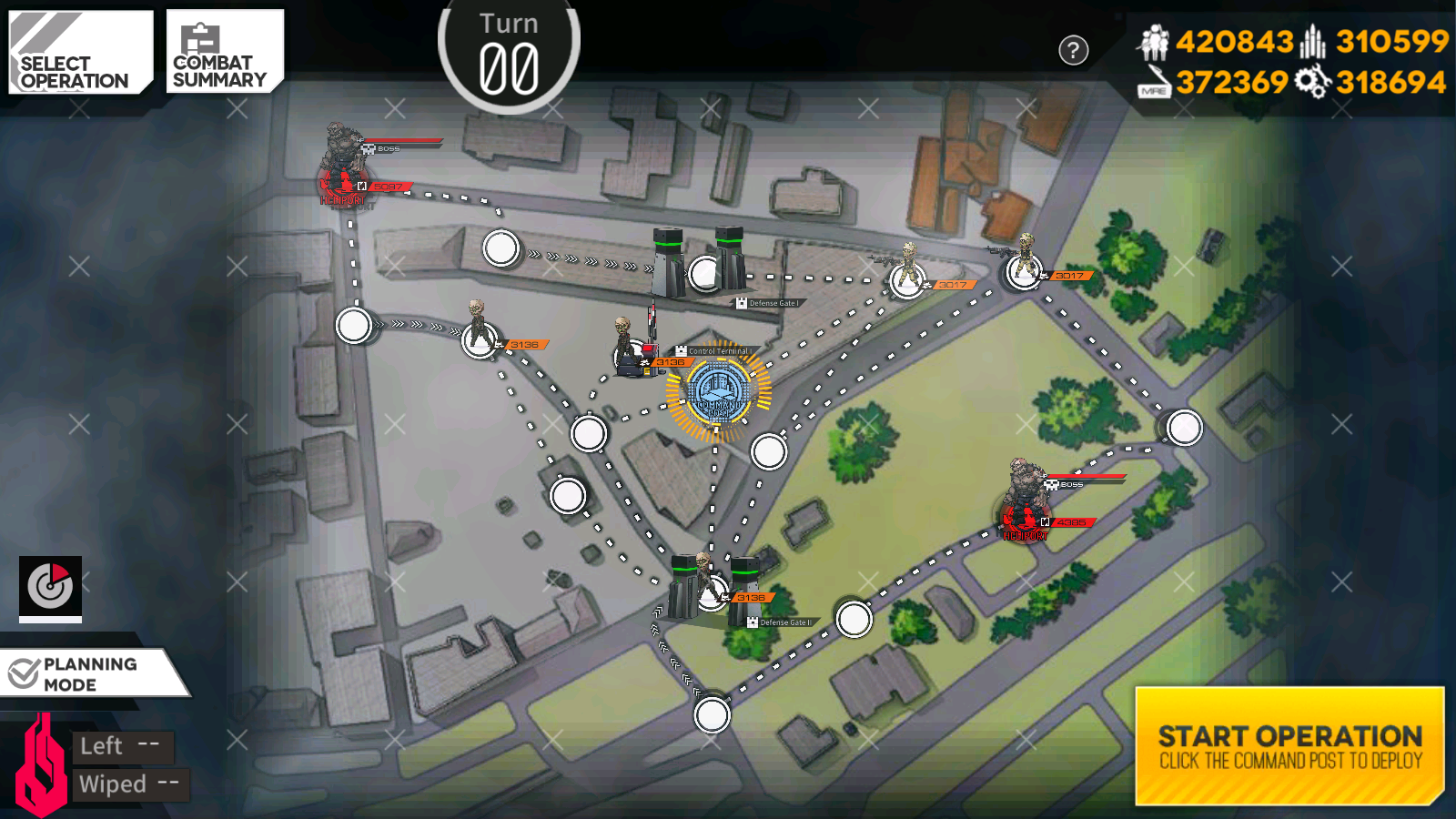 Objective 1: Capture any 6 nodes and closed both defense gates.

Objective 2: Defend for 5 turns and defeat one Smasher.

This is a pretty simple objective. We need to capture as many nodes as possible and use the console to close the gates. Any nodes will do, so the strategy for this is pretty loose. Send the echelon you deploy towards the console and deploy a second echelon after. Next turn, access the console to close the gates. With the rest of your AP, move your first echelon to an uncaptured node to grab it. On turn three, move both of your echelons to nodes you haven't captured yet, then deploy a dummy echelon and use it to take another uncaptured node. Pretty simple. Once you end turn with 6 nodes captured, you should win the map.

I could say there's a grand strategy for this map, but there really isn't. It's a bunch of hitting the "end turn" button then winning. Deploy your first echelon, move it off to the side (any node works) and then deploy your second echelon on your Command Center. End the turn until you win, assuming you're strong enough to kill the Smashers. Everything kinda comes to you, and you're waiting for the turn timer to finish anyway.