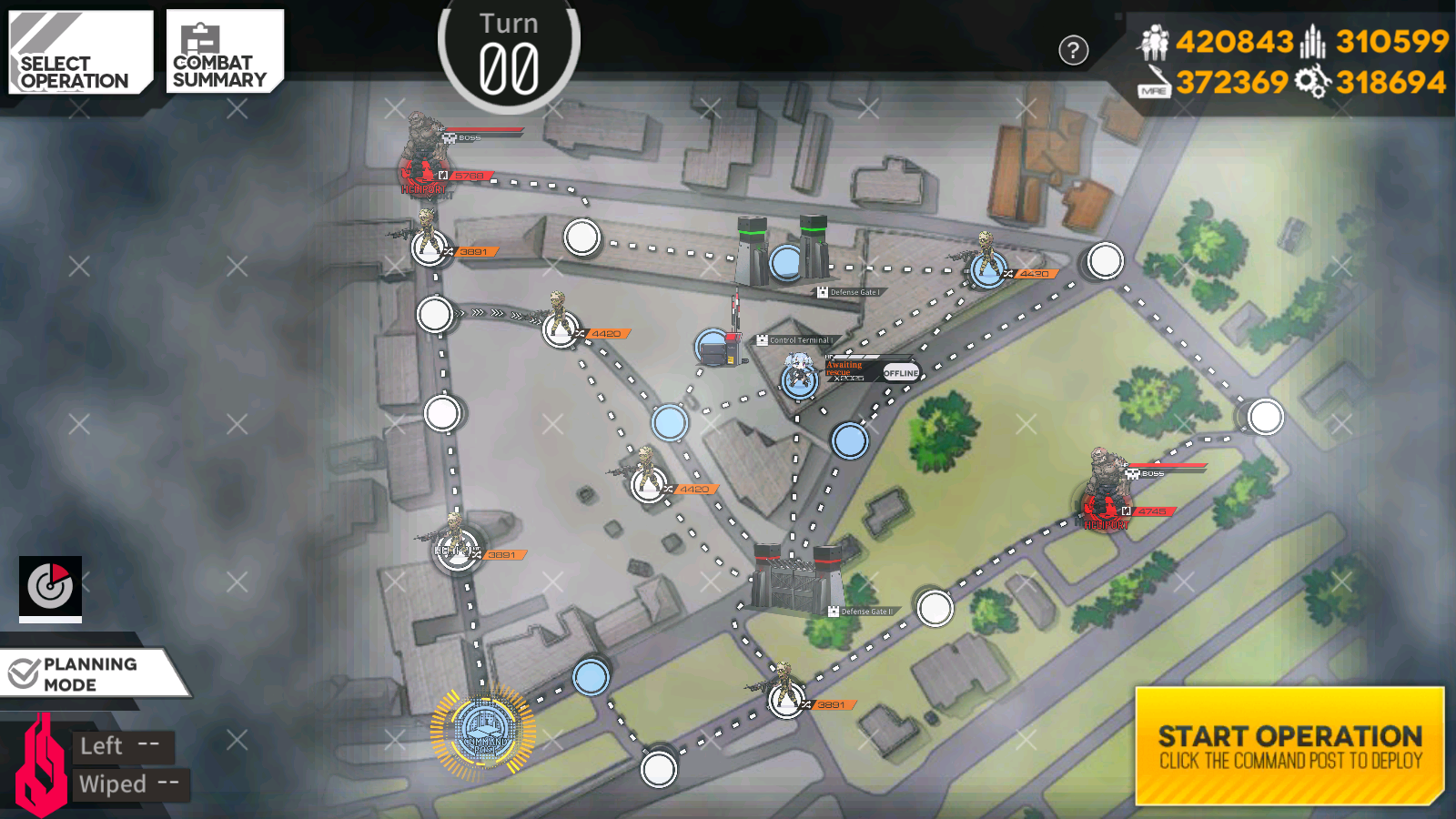 Objective 1: Rescue and secure one hostage within 4 turns

Objective 2: Rescue and secure one hostage and occupy all Heliports on the map

We have a fairly short timetable for getting this all done, so we need to rush the objective.

Turn one will have us grab the closed Heliport above the Command Center, and deploy a second echelon. There's a good chance enemies will be coming in, so you want something to defend with. Thankfully, with the closed Heliport, we gain a fair bit of AP on this turn while getting defenses up.

For turn two, swap to resupply, then it's time to go and head towards the hostage. Get as close as you can to her, since you won't be able to rescue her just yet.

For objective two, we'll need to be more active in moving both of our echelons through the map. Our second echelon will be tasked with most of the work, since we'll need our first echelon to defend as well as assist with capturing one of the Heliports.

For turn one, we want to grab the closed Heliport above the Command Center and deploy a second echelon.

Turn four is when we'll need to grab the hostage. Resupply your second echelon and take the right side path over to the hostage. You'll have to go through some Smashers, but they should be fairly weak. Once you've gotten to the hostage, rescue her, then we need to get to the Heliport on the top half of the map to secure the hostage and fulfill the other requirement of the map. So continue moving in that direction with the rest of your AP.

For turn five, all we need to do is get our second echelon on top of the Heliport and also move our first echelon up to the node below it. This will allow us to actually take the node, so we can also use it to extract the hostage at the start of the next turn. After you've taken those two nodes, end the turn and you should clear the map as turn 6 starts.