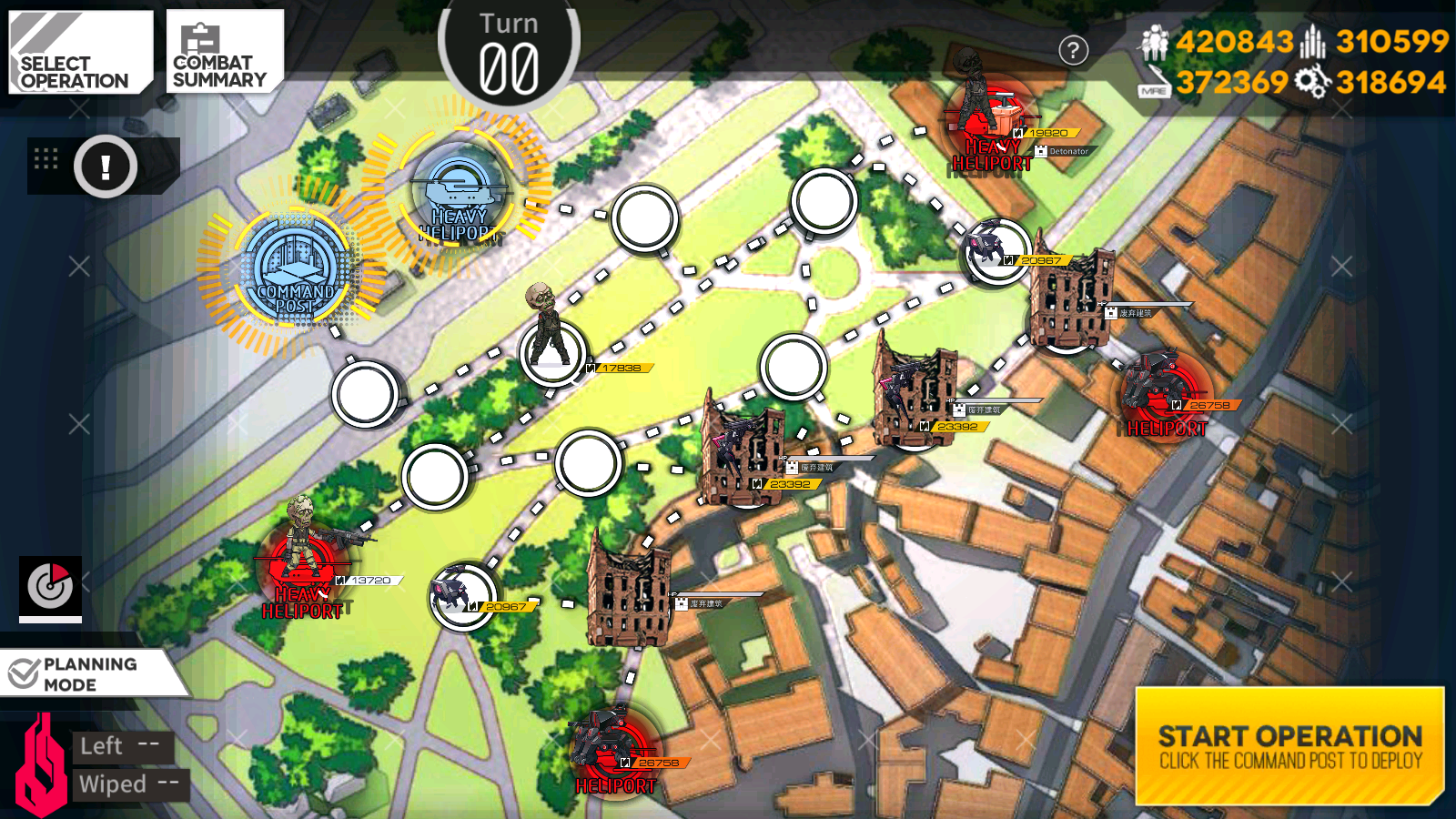 Objective: Eliminate all enemies and use the detonator

While this map looks simple on the outside...it's actually still simple when you get into it. The only thing to note is that using the detonator at the first chance you get is a bad idea. We want to cull the enemies before using it, as using it will render a lot of the bottom half of the map impassable. This will make enemies hard, if not impossible, to get to if we don't clear them out prior to using the detonator. With that in mind, let's start the map.

Our first order of business is to secure the two Heavy Heliports to cut off the zombie spawns. This will also give us easy access to the detonator when we do need to use it.

On turn one, deploy both of your combat echelons to start with. Move the one on the Heavy Heliport over to the detonator. With the last AP you have, deploy a dummy echelon on the open Heavy Heliport.

On turn three, we can start going to the bottom half of the map with all the ruined buildings. Before that, we need to kill the last zombie on the top half of the map. Use your echelon on the left to take it out, then resupply on the Heavy Heliport it was on since we should have it captured. Now it's time to move all the way down to the Heliport on the bottom left with that echelon. Sit your echelon on it once you get there so nothing else can spawn. Your other echelon should also start moving into the ruined buildings now. Head toward the remaining Heliport and sit outside of it. We won't be able to clear all of the enemies this turn, but we'll finish it up on turn four.

On turn four, mop up the remaining enemies and then pull the detonator to end the map. Do note that if you're caught in the blast radius, your T-Dolls will get damaged. If you'd like to avoid it, just move to a safe location from the explosions. The line of nodes containing the two Heavy Heliports we took are safe, so move there if you wish.