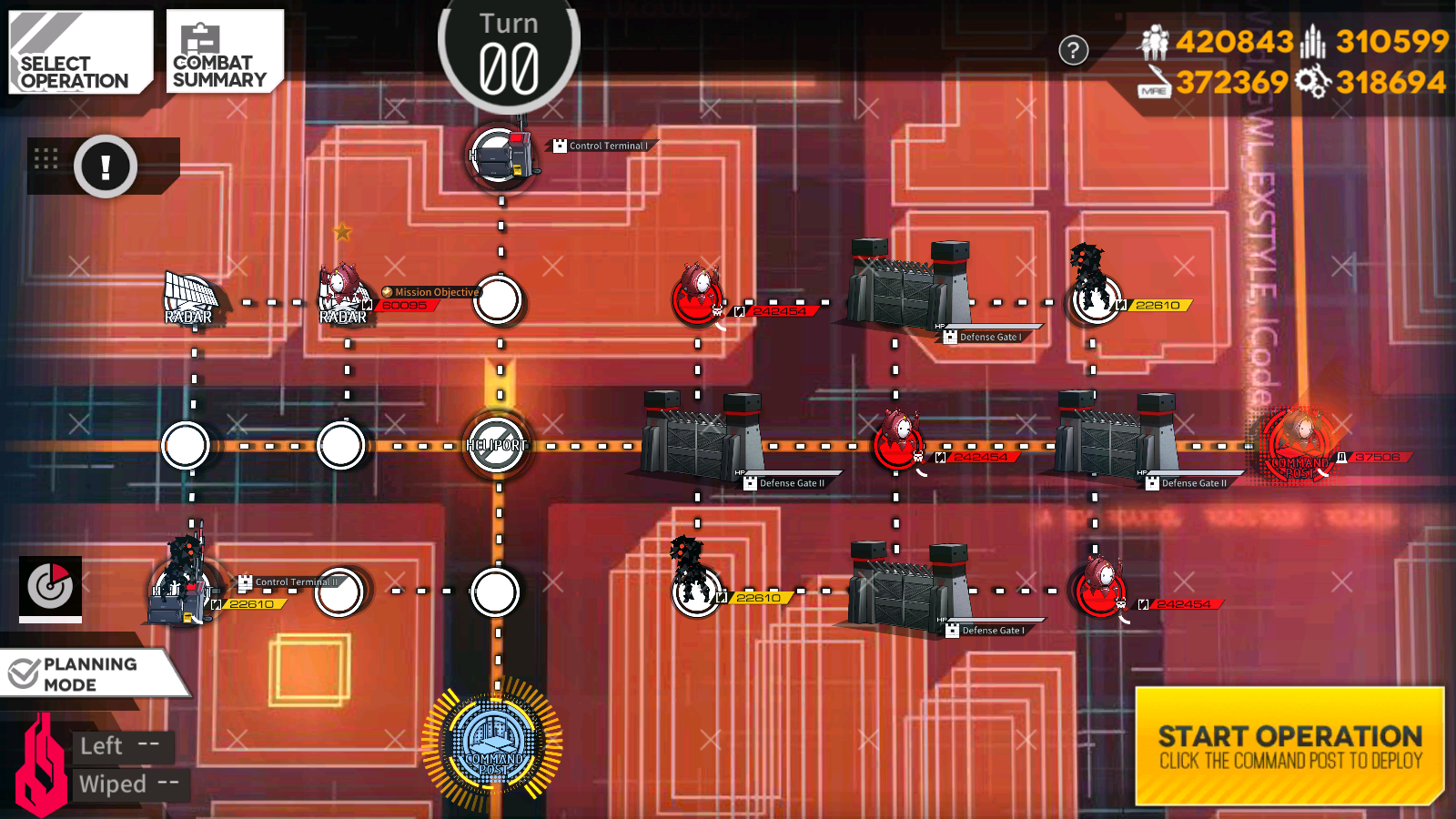 So thankfully, we can do this map without having any combat! In order to accomplish this we need to do a bunch of things to get the Golyats to be in a position where we have a straight shot to the enemy Command Center without any issues. Yes, not much of an explanation, but that's really it.

First off, we need to fuck with the console directly north of our Command Center. So with your starting echelon (dummy echelon 1) move up to it. You'll get there on turn two. After you get there, deploy dummy echelon 2.

Now take dummy echelon 2 and move to the other console and use it to unlock the other two defense gates. Now we have a straight path to the enemy Command Center. Use dummy echelon 3 to go there, capture it, and end the map.

This also fulfills the hidden achievement for this map.

Alright...The overall strategy for this is insanely simple. Just walk to the red Golyat. The issue here is the fight itself. The target red Golyat comes with two red Golyats as WELL as a fair bit of Scouts. So what's the plan? It's not quite as easy as chapter 1's busting.

Now, I've done my fair share of really dumb strategies, but this one is up there. The plan is to let one of the Golyats explode on you and then force shield the second one. Kind of stupid, but it works and it takes about as much brainpower as Micro Uzi has. Our squad setup will need to deal with the Scouts and stall a little bit for the Scouts to die. This is why I ended up using a molotov SMG, a handgun to buff that smg, a smoke grenade doll, a flash grenade doll, and of course, a force shield doll. All in an L formation. The exact T-Dolls I used were Thompson, Mk23, Type79, UMP45, and Skorpion.

The battle itself you can let play out until the first red Golyat explodes. Once it does, you need to start retreating all of your units except for your force shielder. When the second Golyat comes in, force shield it. Yes, that means you need to manually activate the skill. At this point all that should be left are the Scouts and your force shielder. Good luck, because now you just need to survive long enough for a two-link SMG to kill some scouts. Provided you do win, you'll clear the map. It's stupid, but I think it's mechanically easy to pull off.