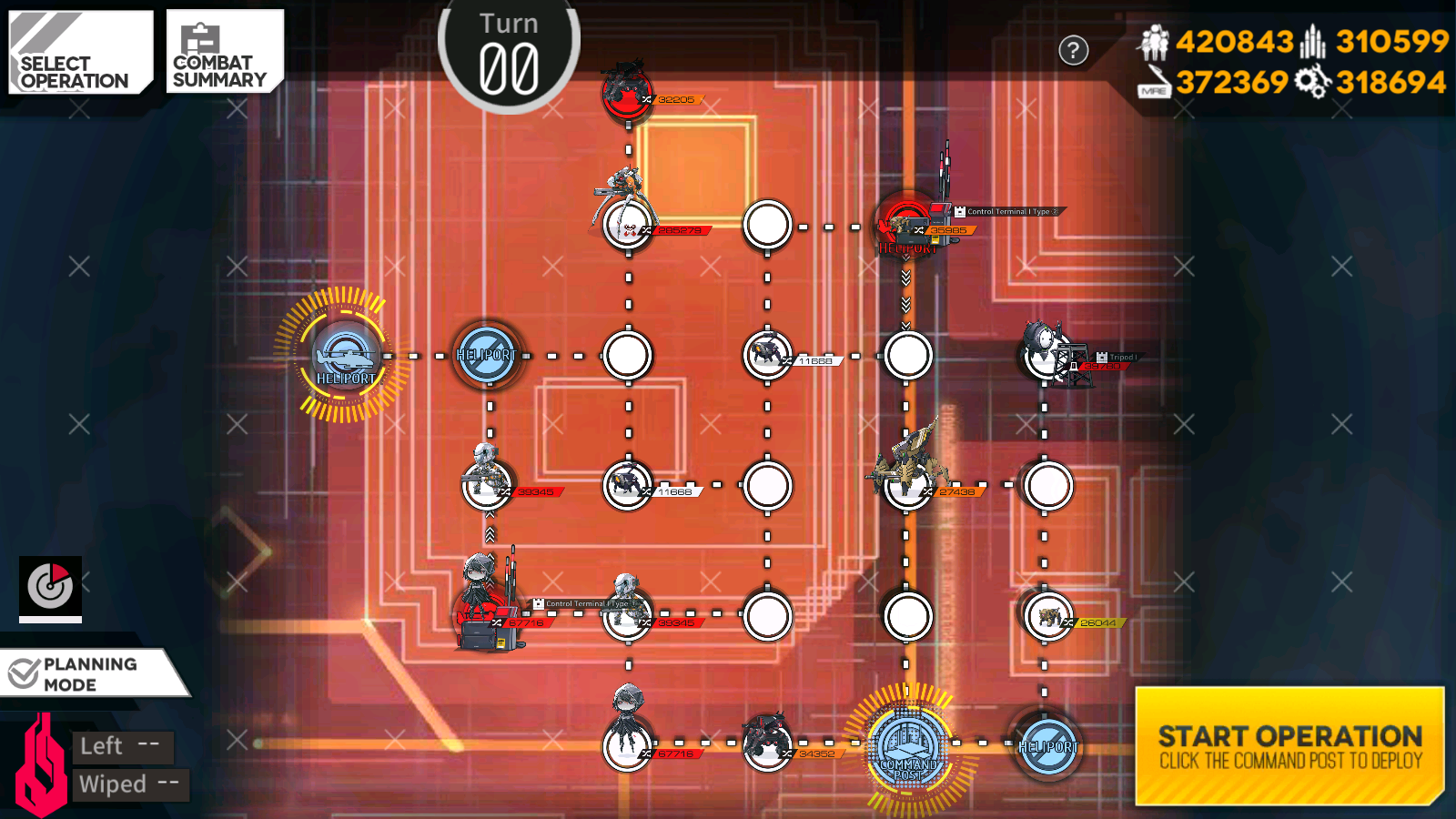 Our goal is to eliminate all enemies, but there's one issue. The Patroller isn't gonna go down without a HOC. So we need another way to remove it. And that method will be chucking a Golyat at it. Problem is, that Golyat on the map is nice and awake, so we can't do anything with it yet. However, the consoles will make it usable. So, we need to turn off the Golyat, then chuck it at the Patroller, all while eliminating the rest of the enemies.

Deploy two combat echelons to start us off. First order of business is to take care of the consoles, so we want to go for the easiest to get one over on the left of the map. Use the echelon on your Command Center and clear your way there. Activate the console and just chill there for now to pick up the AP from that Heliport. Deploy a dummy echelon on your Command Center for extra AP and a swap down the line. With your last AP, move the echelon you deployed on your Heliport right one node. It'll likely pick up a fight from the enemy nearby and we need to use it to get the other console.

On turn two, there's a good chance we'll have stuff walking near our Command Center. Move the echelon on the console back to your Command Center to defend it. Take your other echelon and start moving up to the other console. You'll be able to make use of it on turn three.

After you get to the console on turn three, use it and sleep the Golyat. Leave that echelon on that console to pick up the AP from the Heliport there. Use the echelon on your Command Center and path up to the Golyat. Both pathways should have a Tarantula fight on it, if one's next to your Command Center, engage that one. Do keep in mind, this can be a difficult fight with ARs. When the Tarantulas walk past the Aegises, retarget your ARs by moving them slightly and moving them back so you actually kill the much stronger Tarantulas. If you're having issues still, try using an airstrike fairy or deploy an MG or RF echelon instead of a dummy. Once you grab the Golyat, kill the other Tarantula echelon on the way over to the Patroller.

Once you've made it over to the Patroller with the Golyat in hand, chuck it at it, which will instantly kill it. That leaves a single enemy left, which you can kill to end the map.