Operation Defang I Combat I EX 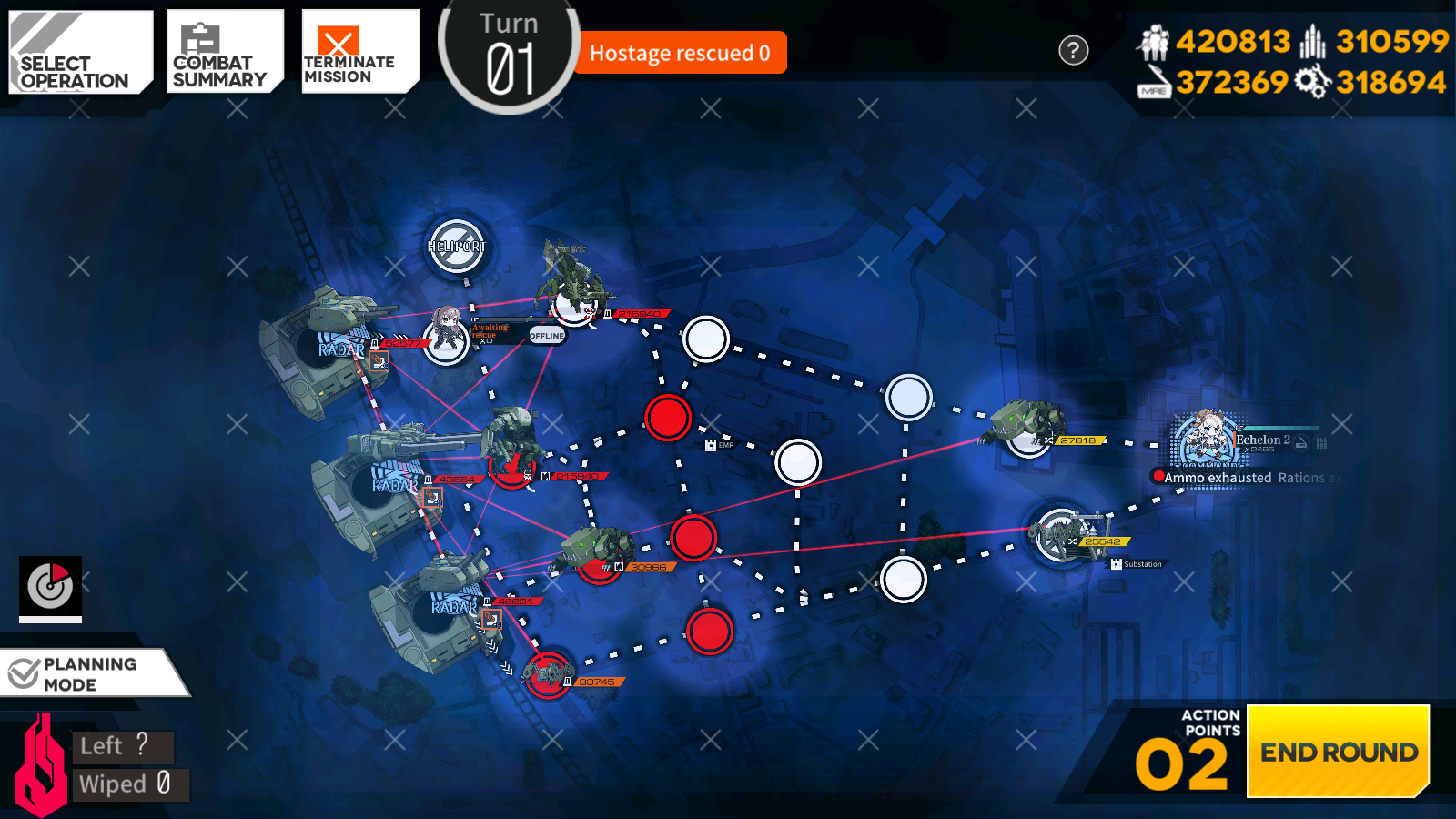 Objective: Rescue and secure one hostage

The gunboat formation you'll want to run is MGs on the 1, 2, 4, and 6 tiles. The MG on the 6 tile will be doing the majority of the work

So, this may seem like a horrible fucking mess and oh god why is there a train deleting my back two columns of my units fuck fuck fuck... But thankfully, through the power of LARGE AMOUNTS OF FIREPOWER, we can make this a tad bit easier. The idea here is that we want to use our gunboat to pump the damage enough to not worry about Gustav deleting us off the face of the earth. We also have a Typhon to deal with. Fun. But anyway, the plan is to turn on the Substation and make use of the EMP to get us to the hostage without much issue.

Deploy your gunboat to start us off and then move to the Substation. Hopefully you do enough damage to not worry about getting deleted and clear that fight. This will let us turn on the power needed for the EMP as well as grab a closed Heliport for the AP. To finish out the turn, deploy a dummy.

Turn two we're gonna navigate around all the enemies until we get to the EMP. Surprise! There's a Typhon waiting for you on it. Yes, we want to engage it in combat. The fight goes like this, you hopefully do enough damage with your gunboat to cull as many of the Aegis-GAs before the laser and mortar fire from Gustav just entirely deletes your back two columns of T-Dolls. Before the laser/mortar connects, be sure to retreat your entire backline so you don't have a fatty repair bill afterwards. I didn't mention the Typhons, since they're kinda the least worrisome thing here, but they'll focus on the top and bottom rows, leaving the middle one safe. So essentially, the MG on 6 will be safe and do most of the work. So uh... good luck. If not all of the Aegises die, you can still let the remaining MG tank and kill them.

After that nice trial, use the EMP and move to the node to the left. Swap with the hostage and call it a turn. Next turn you'll want to rescue her and then book it back to your Command Center so you can extract her to clear the map.