Farewell Tallinn I Combat I 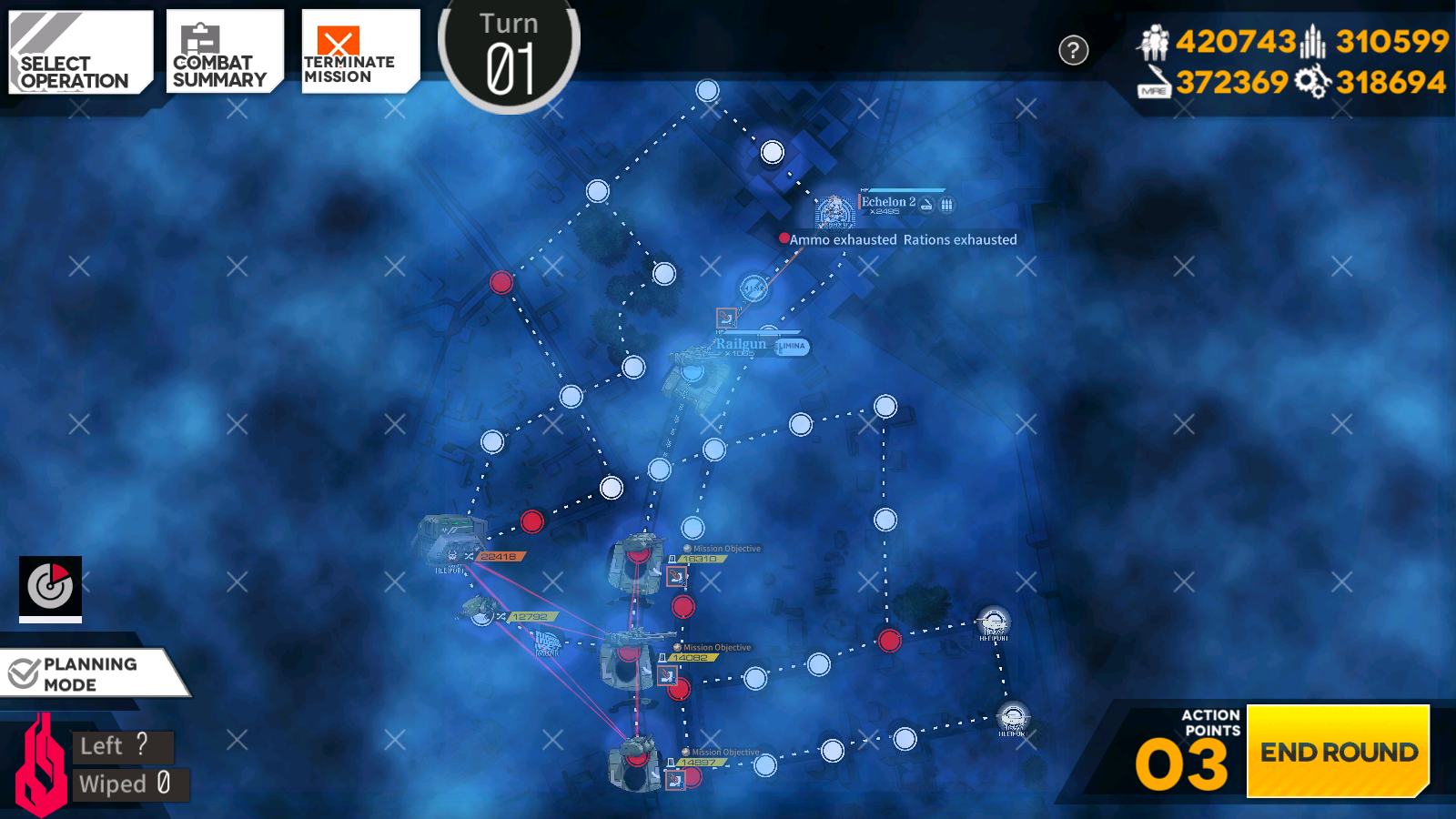 Objective: Defeat all of the Gustav train cars

Like always vs. a Gustav, you would want to have a taunt fairy on your MG/SG echelon.

This map is a little annoying, 'cause like 5-2 normal, we kinda need to fish for good pathing from some of the enemies. Thankfully, it's just one enemy that needs to not be in our way. We need to bait out the Hydra that's guarding the path into the Gustav, which we can do by leaving an echelon on the node just to the left of it. To accomplish this, we're gonna send an AR/SMG echelon off to the left of our Command Center, while we defend with the MG/SG echelon. In the provided video, I use a RF/HG echelon, but I realize now you can substitute it for the Gustav echelon. Andit'stoolatetofixthevideofuck

To start with, deploy your AR/SMG echelon and move it off to the left. We want to take out the Orthus echelon there, but before you do that, deploy your MG/SG echelon. After you do, engage the Orthus and end the turn.

On turn two, we want to start deploying our dummy echelons, so we'll deploy one this turn. Move your MG/SG echelon to the left and deploy your dummy echelon. Swap with it so your MG/SG echelon is on the Command Center once again. Use the remaining two AP to move your AR/SMG echelon to the left, and then to the bottom right. There's an example below, since that's kinda hard to understand: 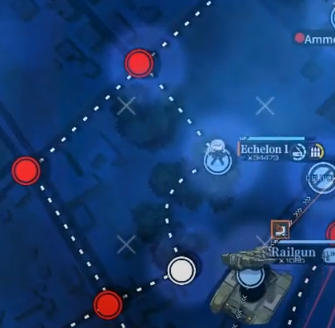 Hopefully the two Centarus in the area are on those nodes. If not, well, that sucks, I guess. You may need to avoid them if they're in Gustav range. Which, by the way, is just a few nodes away from where you end the turn.

On turn three, move your AR/SMG echelon down one node. This is the last safe spot from Gustav fire, any closer and you'll have to deal with that. We also want to get a bit more AP, so move your MG/SG echelon to the bottom left onto the closed Heliport, deploy a dummy echelon, and swap your MG/SG echelon back. End the turn here.

Now for the RNG bit; you're waiting until you can stand on this node: 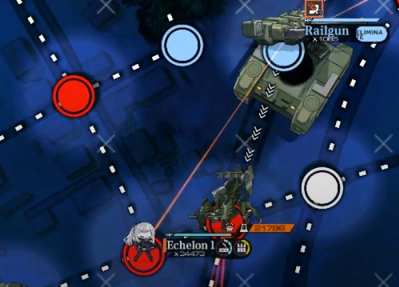 Which will bait the Hydra away from guarding the Gustavs. So uh...good luck with that. I'm fairly certain that the Hydra has move priority over other nodes, so even if something else is next to you, the Hydra should move first.

When you do get to that position, move your MG/SG echelon down a node so you're able to rush the Gustavs next turn. End that turn and retreat your echelon when it's attacked. Now you can rush and kill Gustav. Once again, there's a link on how to kill it [here]. Once you do kill all of the Gustavs, you win.