Farewell Tallinn I Combat I EX 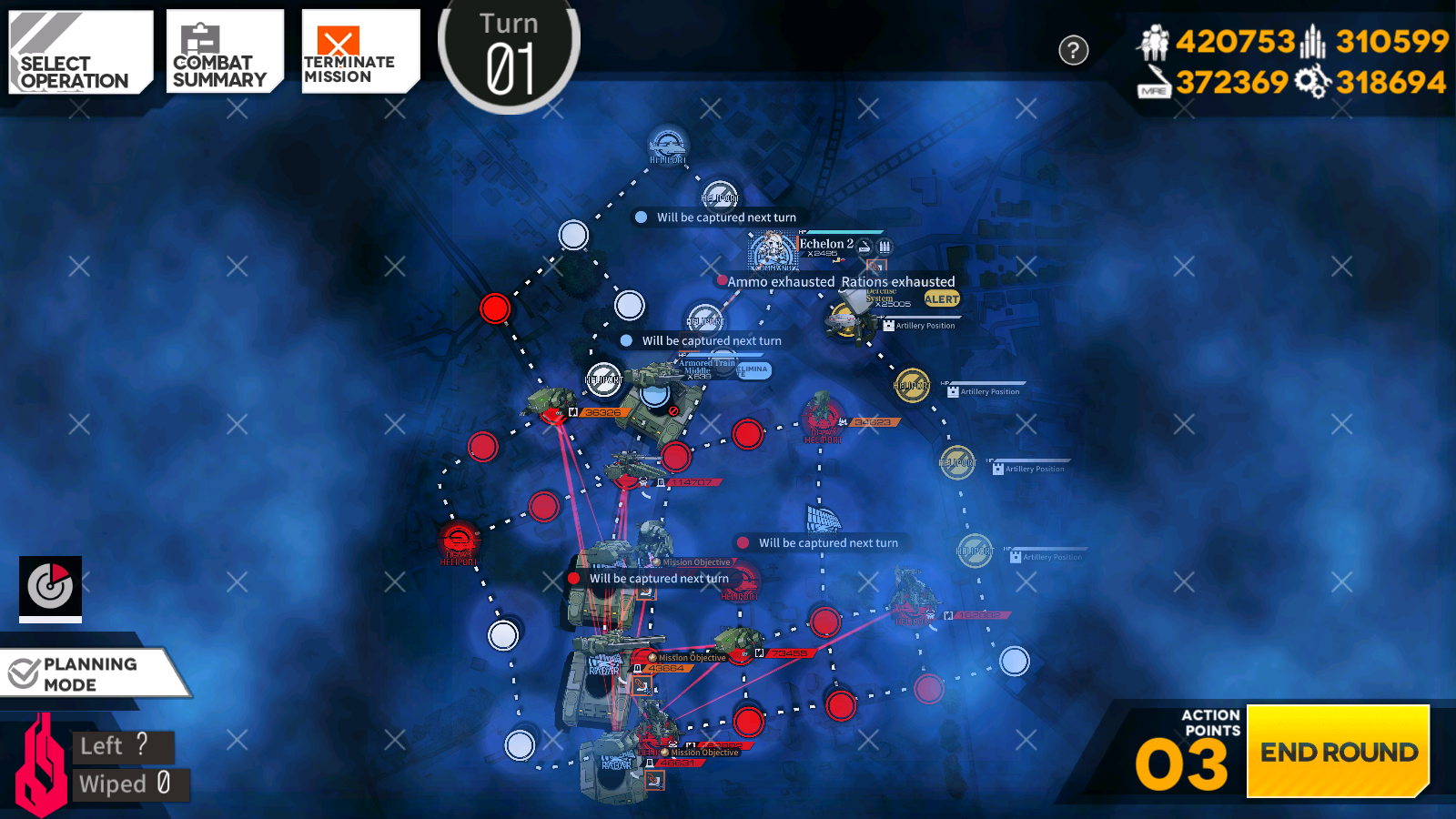 Objective: Defeat all of the Gustavs

While this looks like a giant clusterfuck, it's thankfully not too bad of a map to clear. We need to bait a Typhon before we can get our MG/SG echelon in to fight Gustav. Pretty simple.

To start us off, deploy both of your AR/SMG echelons. Move the one on your Command Center to the Heavy Heliport above the Radar Tower we start with. End the turn there.

After dealing with the enemy phase of turn two, you should have a straight shot to the Gustavs with your MG/SG echelon. Swap with your AR/SMG echelon, then move to where the Typhon started out at, so you can engage the Gustavs. Sweep down and kill all three to end the map. Once again, if you need a reminder on how to deal with these, look at this link [here].