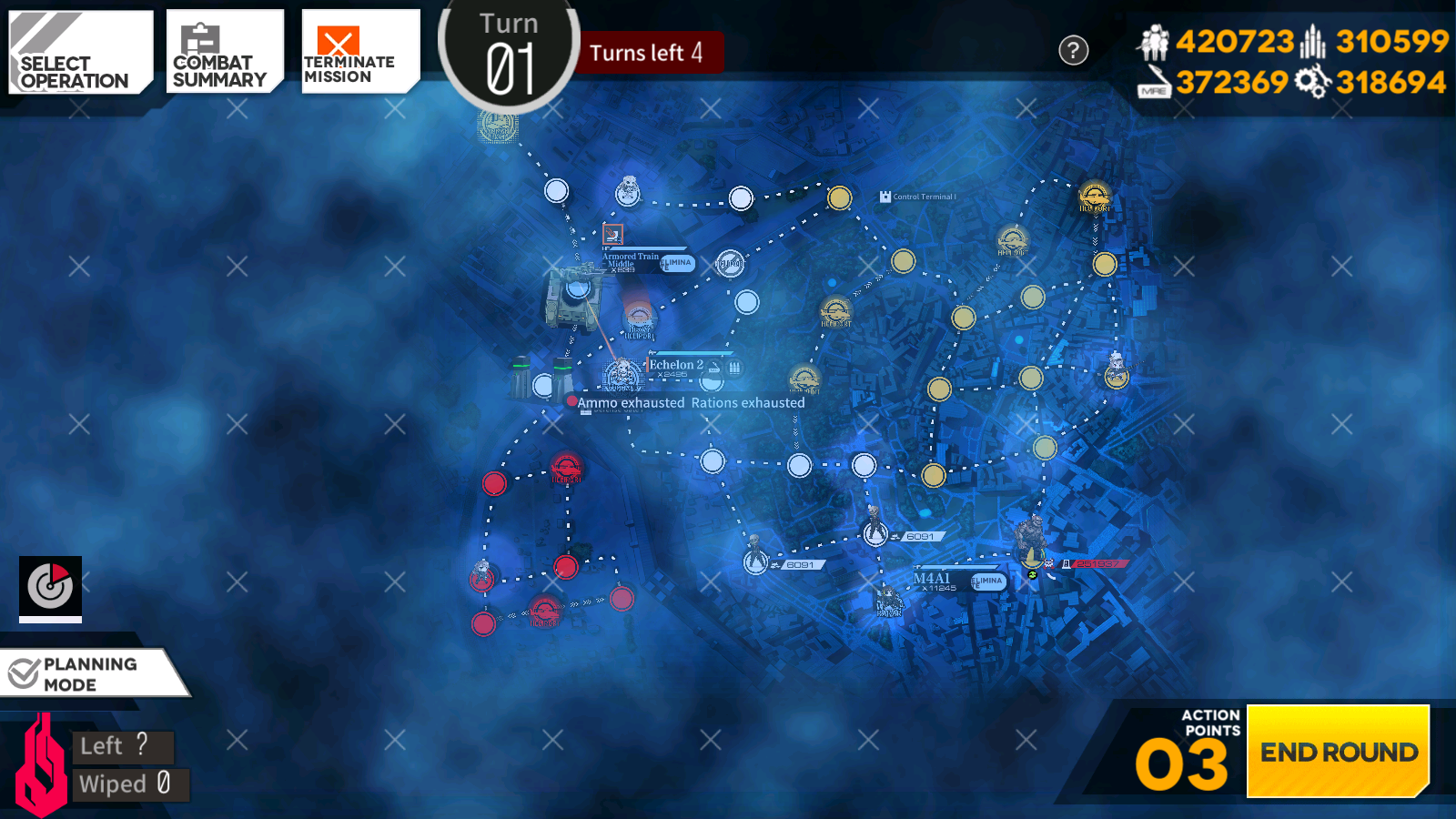 Objective: Rescue and secure 3 hostages and have allied NPC M4A1 on top of the designated Heavy Heliport

You want a two shotgun setup for one of the AR/SG echelons and a one shotgun setup for the other. I highly recommend running at least one grenadier in the AR/SG echelons. Grenades come in handy during the later stages of this map due to the zombie swarms. You'll also have your echelons taking on collapse fluid damage, making grenadiers like SOPMOD II or 416 very handy.

We got a lot of ground to cover for this map, with the hostages and M4 just strewn about everywhere. Our first priority should be to handle UMP45 and close the gate that blocks the Military in. They'll be VERY annoying if we don't, since they'll continually attack our Command Center. Once that's done, we can handle M4 and then the other two hostages.

On turn two, it's time to rescue UMP45 properly now. Rescue her and then move back to the gate. Swap with the echelon on our Command Center and extract the hostage, then swap back. Time for M4A1 now. With your Command Center echelon, move one node to the bottom right and then deploy a dummy echelon from the Command Center. Swap your AR/SG echelon with that dummy echelon then have the dummy echelon move to M4 and swap with her. With your last AP, move your two SG AR/SG echelon to the console at the top of the map. After it kills the Pixis, use it to slam the gate shut to prevent the Military from harassing us. End the turn.